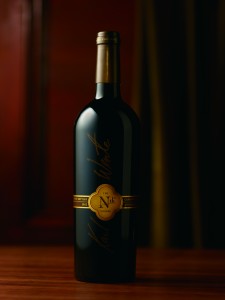 The line about good things coming in small packages is a shop-worn cliché, unless of course you’re on the receiving end of a three-carat diamond or a new Carrera.  But it’s a truth that the best wines are produced in relatively small quantities.  And while at first glance the 2009 Nth Degree Syrah poured in the Wente Vineyard’s tasting room looks no different than any other red wine, the blend that contains 20 percent Cabernet has exquisite flavors of dark berry, coffee, honey and spice, and one of the softest mouth-feel finishes I’ve experienced in any vintage.

(Jay Stuller is the co-author, with Glen Martin, of Through the Grapevine: The Real Story Behind America’s $8 Billion Wine Industry.)

Only a couple hundred cases of this blend were produced, and from vineyards given more attention than a newborn baby.  The vines are worked over by hand at least 15 times, from pruning to removing shoots and thinning grape clusters to enhance flavor in the remaining fruit.  They are harvested by hand and sorted in the early morning.  Crushed in small fermenters, the liquids are then personally tended in several types of oak barrels by fifth-generation Wente winemaker, Karl Wente.  The Syrah I tried is one of five Nth Degree wines, which along with a similar line of Small Lot wines can be purchased only at the Livermore Valley winery – – about 40 miles southeast of San Francisco – – at a few restaurants, or by members of Wente’s wine club.

An international brand sold in all 50 states and more than 70 countries, Wente is best known for its popular priced varietals.  From $10 to $20 a bottle, some of these wines are produced in lots of 80,000 to 160,00 cases, which accounts for the value.  But with small volumes, Karl Wente can drop less than a ton of carefully selected grapes into those pocket-sized fermenters, and put in the time and nurturing to produce from 100 to 400 cases for each Small Lot or Nth Degree varietal or blend.  It’s a focus for the 34-year-old vintner, who earned an undergrad chemical engineering degree from Stanford and a pair of master’s degrees in food science and viticulture from U.C. Davis.

In fact, the closer one gets to Wente and the small circle that is its winery, award winning restaurant, concert venue and Greg Norman-designed golf course, the better this historic property looks, tastes, sounds and feels.

The Livermore Valley will likely always trail the Napa Valley and Sonoma in wine snob prestige, some of it based in reality and much a habitual, convenient and not completely accurate assumption.  Indeed, the greater Tri-Valley region has more than 50 wineries, which take advantage of warm summer days, cool nights and gravelly soils to grow its vines.  Wente Vineyards was in fact founded in 1883 by a German immigrant named C.H. Wente, who studied under the great Charles Krug,and it’s the oldest continuously operated family-owned winery in the United States.  In the 1940s and 1950s, Wente Chardonnay clones were used to plant many of the top producers of that varietal in California.

The winery began to amp its credentials as a destination in the 1990s, with the construction of its eponymous golf course.  Winding through three distinct eco-systems – – including vineyards, a wooded ridge-top and rolling hills with golden native grasses, the par 72, 18-hole course features at least five breathtaking elevated tee shots.  I had the chance to play this track before it opened to the public, and 14 years later it’s in just as good condition, with generous greens that run fast and true.  Widely considered Norman’s best design, The Course at Wente Vineyards one of the more interesting public courses in the Greater San Francisco Bay Area. 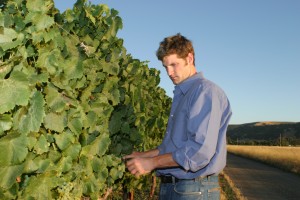 Karl Wente working in one of the winery's vineyards.

Livermore locals consider The Restaurant at Wente Vineyards one of the top dining establishments in the Valley.  With an ever-changing menu rooted in classic American dishes influenced by provincial French and Italian cuisine, it leans heavily on locally grown foods.  While I didn’t see it on recent menus, the pork chops it served in 1998, when The Course opened, are still memorably excellent.

The summer concert series has also been around for 20 years, drawing headliners to what is an intimate venue.  This past summer the original Get Small guy, Steve Martin, appeared with his Steep Canyon Rangers band, as well as acts and artists including Foreigner, Diana Krall, Sheryl Crow and, among others, John Fogerty.

A Different Kind of Sonata

Along with the five Nth Degree wines, Wente is currently offering about 20 different Small Lot wines, each equally limited in quantity.  During a recent trip the golf course and winery we tasted a Small Lot Pinot Blanc, the grapes for which come from Arroyo Seco in Monterey.  (Most of the winery 3,000 acres of vineyards are in the Livermore Valley.)  Crisp and smooth with hints of lemon, it is a refreshing white wine, as is the Small Lot Orange Muscat, a perfect kick off for summer parties.

After tasting the Nth Degree Syrah, we were served the 2009 Small Lot Sonata, a blend that’s 55 percent Cabernet and 45 percent Syrah. Both wines were fermented in stainless steel tanks and aged for 19 months in oak barrels.  At 14.3 percent alcohol, it has a medium kick, and was a favorite of the tasting room staff.  Plum, dark cherry and chocolate compete with aggressive tannins, which suggests this wine will only improve with a couple years in a cellar.

Wente’s limited release wines sell from between $30 to $60 a bottle, not Screaming Eagle cult prices, but decidedly more than its popular priced wines that are found most anywhere.  With these you need to make a effort to visit Wente, or join its wine club.  Still, every day wine is just that: something to have with a routine, Wednesday night dinner.  A Small Lot or Nth Degree wine is something to share with friends, or to celebrate an occasion, however big or however small.