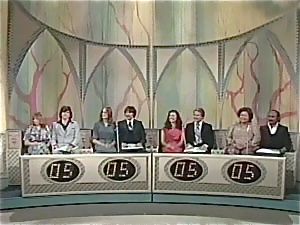 One unarguable fact about golf is that—trite or not—it mirrors life. Not all that spiritual mumbo-jumbo, but there is no doubt you can learn a great deal about another person by playing a round with him or her. That was the idea behind a regular series we ran in Golf Magazine back in the 1990s called “18 Holes With…” I took O.J. Simpson (before the episode) to my club; my boss played at Congressional with then-VP Dan Quayle; other notables played with and written about included Jack Nicholson, Cheryl Ladd, Cheech Marin, and Stevie Van Zandt. Plus many others I’ve simply forgotten.

Learning about celebrities, and real people, from their golf demeanor and behavior feeds into my fascination with how golf exists in our society, our time, our zeitgeist, to use a ten-dollar word. It’s been fascinating to watch golf’s fortunes rise and fall with the tenor of the day: It was a big deal in the go-go corporate ’80s and then lost its sheen with the collapse of business ethics. I used to keep a file of golf’s mentions on the non-sports pages, and watched it fall from noble activity to waste of time. It’s somewhere in the middle right now, I think. I’m curious to hear where others would put golf on the love-hate continuum today (taking into account Tiger’s travails, of course).

Anyhow, here is an article from today’s New York Times that is exactly the sort of story I’d have put in my file 20 years ago. I wish I’d known this gentleman—he of the suggestive leer, the conspiratorial giggle—played golf, assuming he did back then, as he would have been a perfect candidate for “18 Holes With…” As it is, I’d still like to ask him the most outrageous place he’s ever played a round—or around.