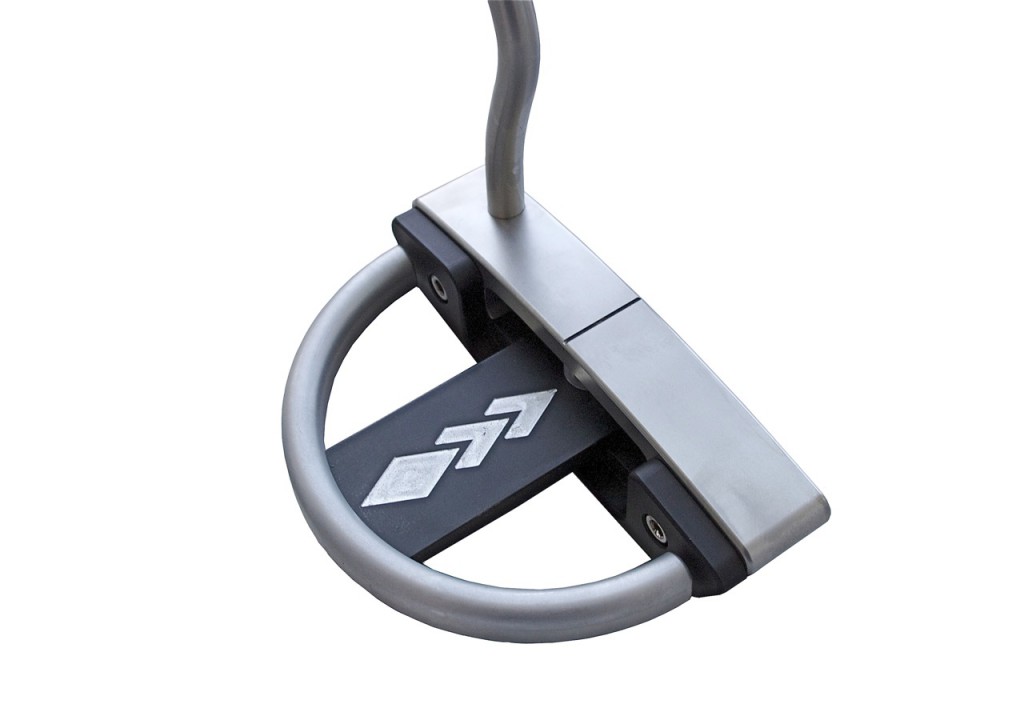 Two things should be immediately obvious when you pick up a P2G2 TopStrike putter. First, it’s heavier than most other putters on the market. Second, look closely at the head and you’ll see that it’s taller than most others, too.

Never heard of Alberigo? I suspect you will. He has done something special, as I can attest having put the P2G2 to my own test. My conclusion? It works.

I recently played a round with a teaching pro (not Norm), who couldn’t stop commenting on my putting. I made almost everything inside 15 feet, and those I didn’t make still rolled perfectly; the mistakes were mine, usually poor reads.

“This putter is 3 to 5 shots better a round,” says Alberigo confidently. “You don’t miss inside 10 feet if you’re on the right line to begin with.”

I agree. Here’s why it works, in Norm’s words:

“We put more weight in the putter for more stability, and we put it higher in the collision on a deeper profile so you manipulate the putter less. If contact is a little toward the heel or toe, it reduces gear effect, which no one talks about but I’ve measured it: Even good golfers produce sidespin when putting.”

Probably more important than the weight—which isn’t so heavy as to become unwieldy—is the deeper profile. Measure other putter heads and they’re about 5/8-inch high. P2G2 putters are a half-inch taller, so the meat of the putter contacts the center of the ball for full energy transfer. That explains the name “TopStrike.”

“Why are other putters so shallow?” asks Alberigo. “I put a high-speed camera on thousands of strokes, the best players, pros and top amateurs. They invariably rest the putter behind the ball and then lift it—a quarter to half an inch—to make contact. They’ve ingrained these compensations.

“Take a P2G2 putter and without realizing it you keep it closer to the ground, make a better stroke, and make more solid contact. It even sounds better. People love the sound because they can tell they are getting the weight of the putter into the weight of the ball. They own control of the collision.”

Alberigo, who teaches at a club in New England, sells P2G2 putters online. The site is also mission control for his research, with videos and lots of other information. It’s fascinating stuff.

There are three P2G2 models—blade, T-square, and mallet, each with a proprietary herringbone-patterned face—beginning at $250. Built and assembled in the U.S., they can take different shafts, including belly and long lengths. Alberigo strongly suggests using the site’s online fitting guide (coincidentally, he thinks most use putters that are too long).