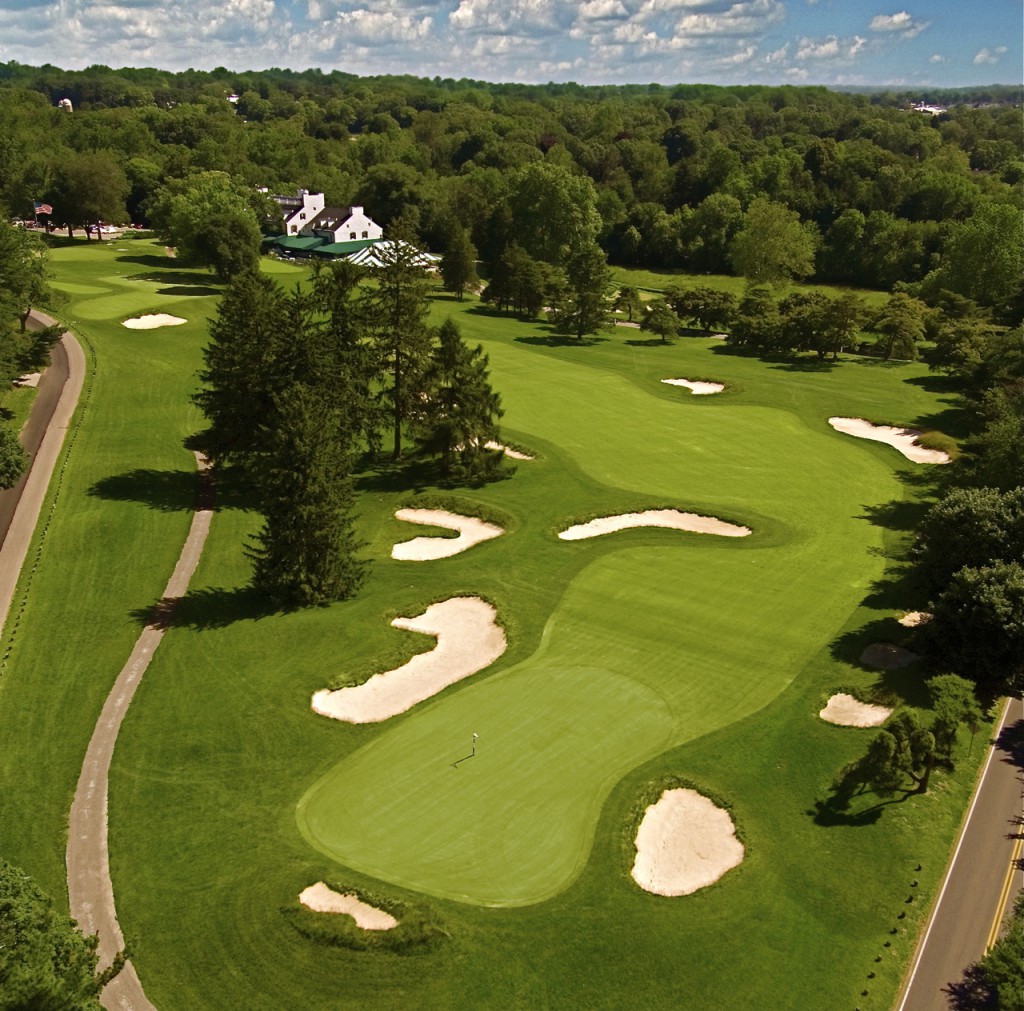 [Editor’s Note: I’m pleased to have Tim Moraghan, who spent more than two decades setting up courses for the USGA, as a guest columnist describing how the East Course at Merion will play, and what golfers—and viewers—should watch for at the U.S. Open next week.—JAF]

Think a U.S. Open course has to be long to be hard? There are many ways to make a short course difficult, and next week at Merion, the USGA is going to use every one of them

Next week, Merion Golf Club on Philadelphia’s Main Line will host its 18th USGA championship and 5th U.S. Open. This classic course—originally laid out by Hugh Wilson back in 1911—is a charming throwback, the kind of magical gem that every golfer wishes he, or she, could play every day.

The pros preparing to battle its twists and turns are extremely lucky to be playing this piece of American golf history: Merion is when Bobby Jones finished off his incomparable “Grand Slam” in 1930, and where Ben Hogan willed his battered body to an Open victory in 1950, just 16 months after a near-fatal car crash. It’s also where Lee Trevino pulled a rubber snake out of his bag and teased Jack Nicklaus before they went head-to-head for the 1971 Open title, which Trevino won.

But the pros also will be playing a Merion that, because of its small size (the East Course will play to only 6,996 yards, the shortest distance in nine years), has to pull out all the stops to challenge the world’s best golfers. As you watch the drama unfold, keep your eyes peeled for some unusual course set-up tricks that will prove that it’s not the size of the dog in the fight, but the size of the fight in the dog.

I spent 21 years at the USGA setting up courses for their championships. Based on my knowledge of the association’s psyche and the East Course at Merion, some things to watch for:

1) The USGA had to stretch the course to its limits to get anywhere near 7,000 yards. So note how many competitors keep the driver in the bag, opting for fairway woods, hybrids, even long irons to find the fairway with their tee shots. Blame narrow fairways, extra-long rough, and—weather permitting–a firm playing surface that will cause balls to run like rabbits.
2) Most fairways will feature “speed slots” where the pros will either try to land their shots for extra distance (usually off the tee, but on some approaches, too) or avoid at all costs. Holes to watch: 5, 6, 7, 11, and 15. These slots will be especially firm, and even if a player may hits away from them, balls may find them anyway, such is the brilliance of Merion.
3) The fairways may be narrower than at any Open in our lifetime. And not only narrow, but contoured, limiting the options for finding the proper part of the landing area. Driving accuracy will be at a premium, regardless which club is hit.
4) The primary rough—the longest cut—will remind old-timers of the 1950s when straying from the fairway meant standing in grass up to one’s knees. The USGA calls this the philosophy of protecting par; the pros call it bloody murder!
5) If you think the rough along fairways is tough, the long grass around greens and bunkers will be a real of the player’s recovery skills. The penalty for missing the target will be so steep that the pros will adopt the mentality that “a good bogey is better than a bad double.”
6) Often overlooked in USGA championships is what the set-up sadists do with the sand. Unlike the PGA Tour, the USGA believes sand should be a hazard in every sense of the word. So a ball that finds the sand will, at best, settle into a slightly cupped lie: That places more sand between the ball and the club face, reducing spin out of the sand and forcing players to pick landing spots with surgical precision.
7) Watch for interesting raking patterns in the sand, further messing with players’ minds and their efforts at recovery.
8) Assuming the player ever gets to the green, he’s going to find a surface that is fast and firm. When the greens get hard (which they will if the weather stays dry), watch how balls react:  Even shots hit from fairways with spin will bounce uncontrollably.
9) Green speeds will be somewhere between ridiculous and suicidal. A well-struck putt still could run 4 to 6 feet past the hole (the pros hate that). The USGA will probably put out a disclaimer saying “don’t try this at your home course,” but I’m sure a few clubs will still try. I predict an epidemic of Merion-itis, which will last about one year until America’s golfers have pulled all their hair out.
10) When Merion was built 90 years ago, green speed wasn’t an issue: Putting was about mastering the slope and contour of greens. Sorry, guys, but those tilts and angles remain, and the USGA will take advantage of them, sticking holes near edges and close to ridges, placing even more pressure on the player’s ability to hit quality approach shots, good second or third putts, and shot shots from just off the greens. Pay particular attention to the greens at holes 12 and 15, which the USGA had softened to ease the effects of their slopes and fast speeds and create more usable hole locations.
11) Speaking of hole locations, watch how they get more difficult as the week progresses. Though these placements are pre-planned, if early low scores are low, the USGA won’t shy from toughening up sooner than planned.
12) While every U.S. Open is subject to the weather, the success of this one will be even more climate-dependent than usual. The course has to be firm and fast to show its teeth, and if rain, heat, and humidity are unusually good or unusually bad, it will affect shot-making and set-up. And because Merion is an older course built on moisture-holding soil (not sand, like British style courses), softer conditions resulting from rain will give players a scoring advantage.
13) Low scores could have another affect: Adding fuel to the fire for the USGA and the Royal and Ancient Golf Club of St. Andrews—the game’s two rule-making bodies—to begin actions that will roll back how far golf balls fly. That may be good for the world’s best, but I think it would hurt the rest of us and the long-term growth of the game.

Tim Moraghan was the USGA’s Director of Championship Agronomy for more than two decades, responsible for the set-up and maintenance of more than 110 courses in preparation for national championships including the U.S. Open. He is now the principal of Aspire Golf, which services courses, developers, and superintendents in creating agronomic plans, preparing for events, and conducting job searches.