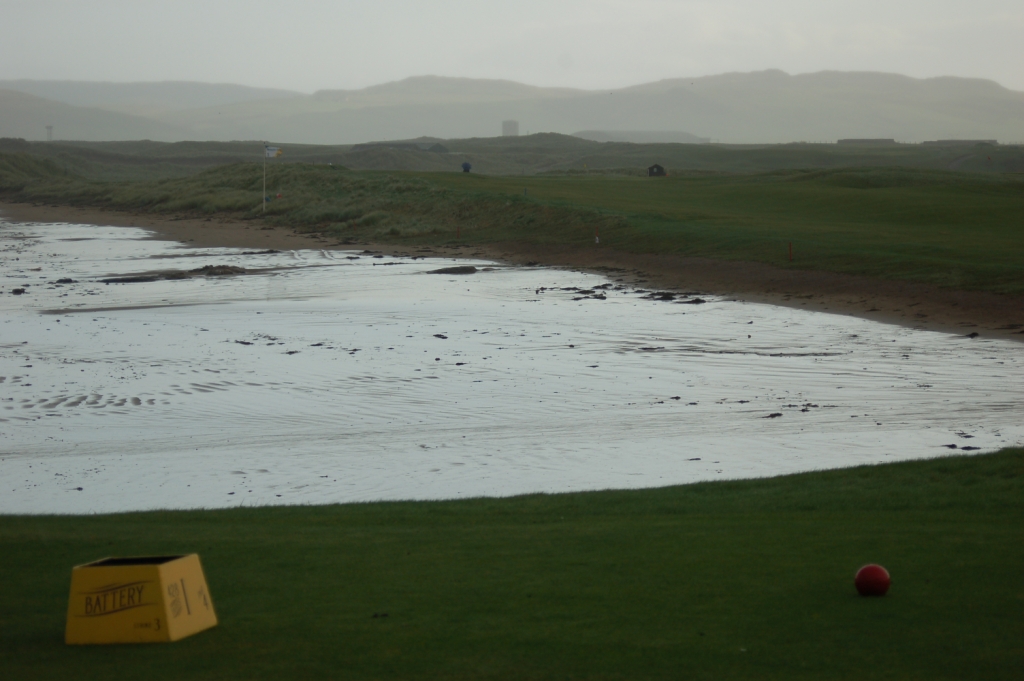 Many consider Battery, the first at Scotland’s Machrihanish, to be the finest opening hole in all of golf. Most visitors play the standard men’s red tees.

That’s what many pundits and architecture experts call the first at Machrihanish, located on the isolated Kintyre Peninsula of Southwest Scotland. While remote enough to be off the regular tourist track for visiting American golfers, who more typically execute a St.Andrews/Gleneagles/Ayrshire Coast (Turnberry, Troon, Prestwick) loop, it is famous and highly regarded enough to attract many golf pilgrims, those whose interest in the game is devout enough to send them off the beaten track. In that sense, Machrihanish is in a league with Royal Dornoch and Cruden Bay and Northern Ireland’s Royal Portrush: not exactly close to anything but still worth the effort.

But it is the first hole that makes Machrihanish so famous, and like many great golf courses, part of the allure is history and tradition: this was after all, the work of Old Tom Morris himself, the game’s first name brand designer, and among golf architecture buffs and historians, that is enough to instill greatness. 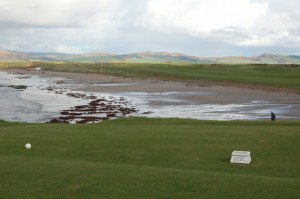 What a difference one tee makes! From the whites, the view is much more daunting.

Later famous architects from the British Isles, including Alister MacKenzie and Donald Ro

ss, favored a gentler opening hole, with ample fairways and few hazards, to get the player into the swing of things gradually. Not Old Tom. Battery, as the hole is called, immediately calls for a forced carry across an ocean inlet, and offers a heroic alternative for those seeking to bust one for a birdie attempt right out of the box. It is a classic risk/reward diagonal drive where you cut off as much as you can chew, a technique seen many other places since, most notably for PGA Tour players, on the closing hole at the TPC Sawgrass Stadium course, a hole much more difficult than the better known island par-3 17th preceding it. Basically the idea is the less ocean you choose to carry, the easier and safer the tee shot, but the longer and more difficult the second shot. On many days, with the wind, a bailout off the first tee eliminates the option of reaching the green in regulation. Furthermore, if you choose the safe line and then hit a big one, you go past the landing area and through the fairway. Then there is the added joy that comes with Scottish golf, of knowing that the first tee is usually just outside the clubhouse or in this case golf shop and starter’s area, with all eyes up on the American visitor’s first tee shot of the day. The final charm of Battery is the fact hat this is one of the most exposed golf courses to the wind and elements anywhere, and it is almost never calm. The wind might be hurting, might be helping, but more often than not, it blows in off the water across the hole, simply complicating things further. 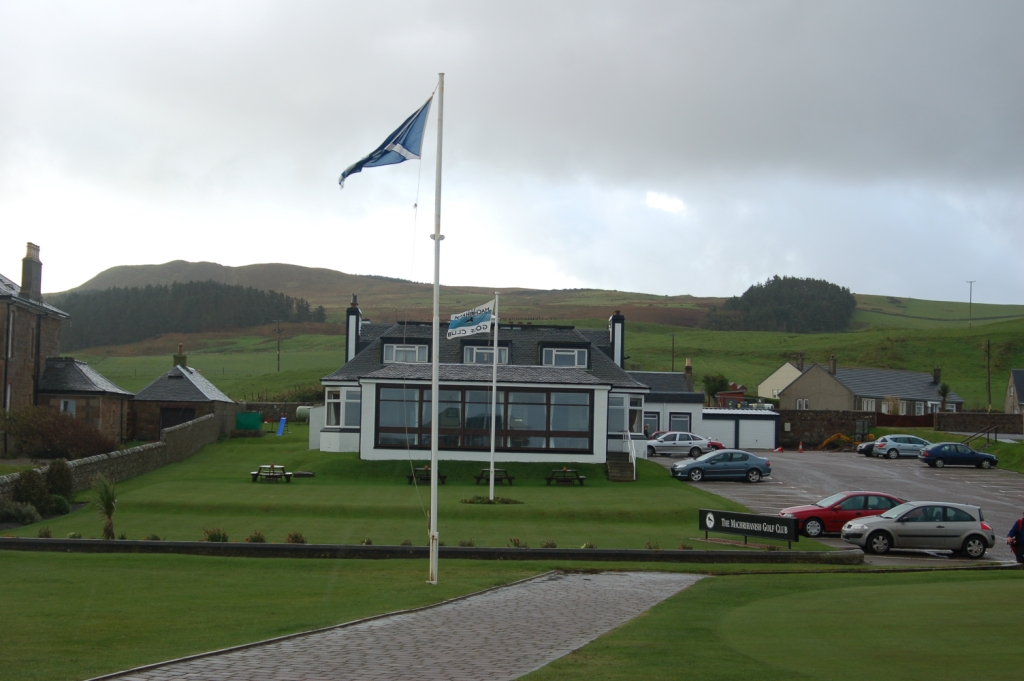 Is Battery really the best opening hole in golf? Maybe. I don’t think so, as I would give the slight nod to the dramatic leap from oceanfront into the abyss of towering dunes that is the first at Northern Ireland’s Portstewart, but once it comes down to the point where you have to rack your brains to think off a better opening hole on earth, it means you have found a pretty damn good one. And topping your ball of the tee at Portstewart won’t elicit the kind of drama an epic failure at Machrihanish number one will produce.