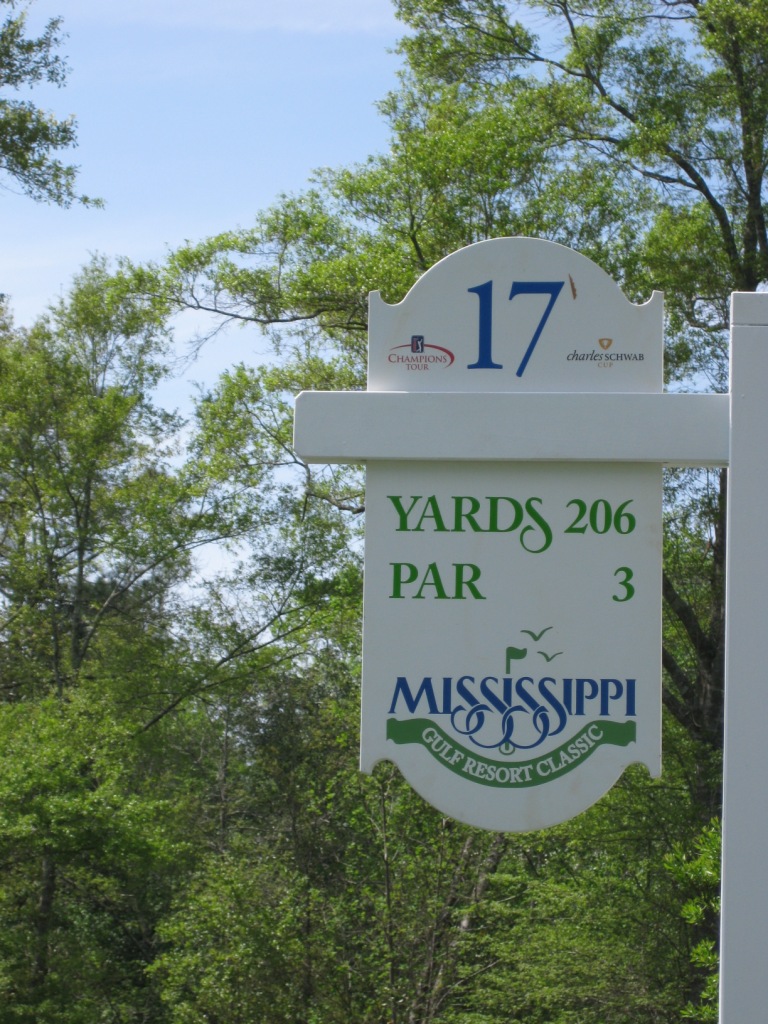 I’ve had the good fortune to play in a number of PGA Tour pro-ams, from the biggies, the FBR Open and Verizon Heritage, to smaller events like the Mayakoba Golf Classic and Reno Tahoe Open. Every one has been a unique and incredibly enjoyable experience.

But none has been as much fun as on March 31, when I played in the Thursday pro-am at the Mississippi Gulf Coast Classic, a Champions Tour event (what they used to call the Senior PGA Tour before they got all politically correct).

The pro-ams on the Champions Tour feature the same bells and whistles as regular PGA Tour pro-ams, like a blowout pairings party the night before, lots of free gear (hundreds of dollars worth of great Nike stuff), autographed photos of you and your pro, tons of tasty food and drink on the course, and the whole VIP red carpet treatment (for more details on what it’s like to play in a pro-am, check out my past stories on playing in a pro-am, here, here and here).

But the Champions Tour offers a few extras.

Most importantly, it is much easier to land a big name player – almost all the guys on the Champions Tour are big names, competing here because they had hugely successful PGA Tour careers. There are no unknown up and comers, which is exactly the type of player you’re likely to get paired with in a PGA Tour pro-am. The big names, like Hale Irwin, Fred Couples, Chip Beck, Mark Calcavecchia, Corey Pavin, Nick Price, Bernhard Langer, Mark O’Meara, and so on, including lots of Major champions, are also less likely to be locked up through corporate sponsors’ picks. I am never going to land Tiger Woods as a pro-am partner, but in Mississippi, I got a Hall of Famer and one of the biggest names in golf history, US Open champ, 18-time PGA Tour winner, and 9-time Champions Tour winner Tom Kite. 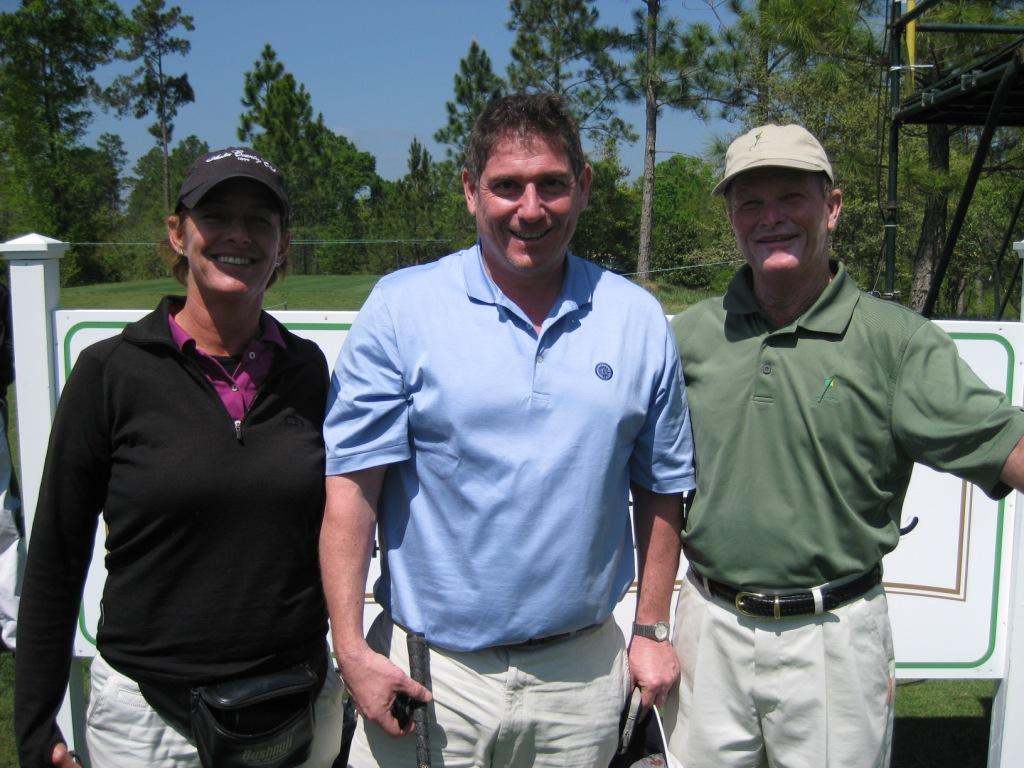 Tom Kite, his caddie Sandy and your's truly having an absolute blast in Mississippi!

The other big advantage is the quality of the actual experience. Unfortunately, many PGA Tour pros look at the pro-am as an annoying obligation – and treat their amateur partners accordingly. When I got paired with Stuart Appleby two years ago, he was largely indifferent, and his caddie was outright unfriendly. Another US Open champ I played with, Geoff Oglivy, was polite enough, but certainly not conversational or outgoing, and made little effort to engage his teammates.

Tom Kite, by comparison, gave in-depth, individual instruction to each of us, first fixing my wild right knee on the full swing, then adjusting my putting stance, even taking the time between holes to have me hit practice putts on the tees while made tweaks. He even gave me golf, barbecue and sightseeing recommendations for my upcoming visit to Austin, TX, where he lives. He helped one teammate with a weak grip, another with a swaying upper body. His caddie, Sandy, was equally fantastic, giving everyone yardages and reads. Most noticeably, Kite and Sandy came to our amateur ball for every shot, making suggestions and watching the outcome and occasionally even exclaiming “great shot.” Most of the PGA pros I’ve played with hit their shot and made their way to the green oblivious to the amateurs’ play. 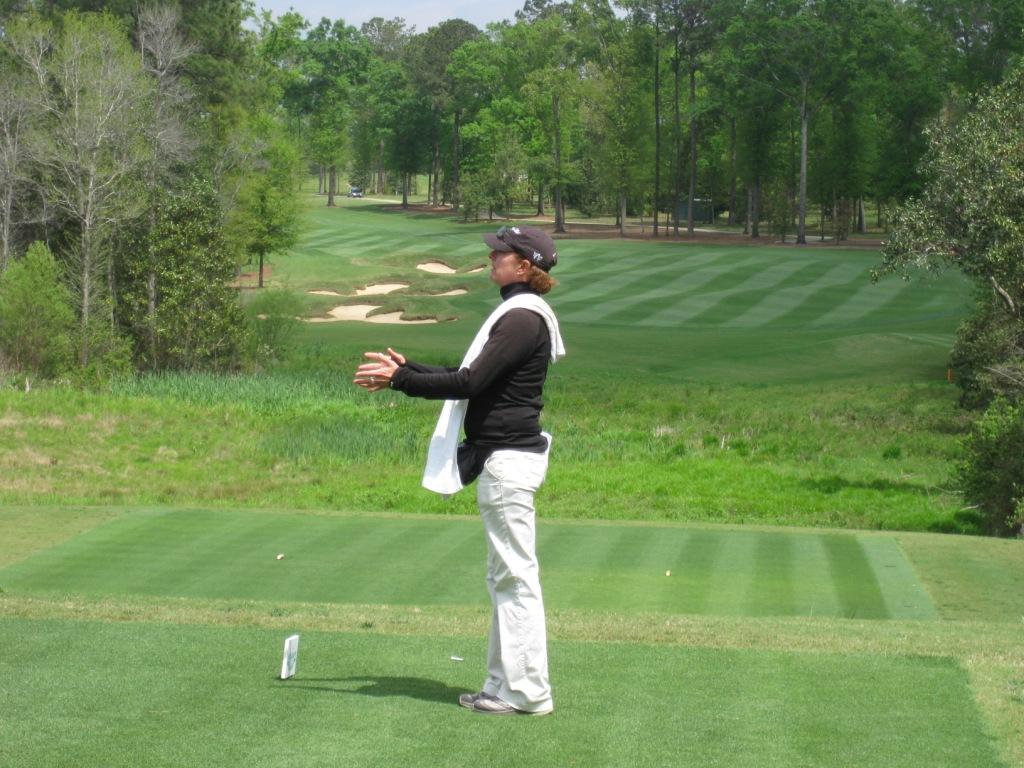 Sandy advises the amateurs on the line and distance before an ominous tee shot!

“We know that the Champions Tour is this bird nest on the ground we’ve stumbled onto, and we do everything we can to promote it and make it work. Even the least personable guys on the Tour make a real effort for the pro-ams. We appreciate the people who come out and need the people to come out,” explained Kite when I asked why the players seemed so much nicer.

There is one final big benefit of a Champions Tour Pro-am: the price. While spots in a PGA Tour event typically go for $5-$10,000 per person, the Mississippi tournament, which is probably the nicest on the entire Champions Tour, costs $15,000 for a foursome, or $3750 per player, less than half the cost of many PGA events. The tournament is held on the gorgeous Tom Fazio designed Fallen Oak, the best public course in the state, owned by the Beau Rivage casino and ranked in the nation’s Top 100. Several of the pros told me it was the best course they play all year. Ancillary events like the parings party are held at nearby casinos, the food of the Gulf Coast is fabulous, and the pro-am makes a great anchor to a golf trip to this impressive and affordable region, also called the Golf Coast, where it is easy to tack on additional rounds.

“Right now the Champions Tour is making a comeback and offers a very positive experience,” said my friend Michael Patrick Shiels, a longtime sportswriter who has covered all the professional tours. “Ryder Cup Captain Corey Pavin gave me swing tips the entire round, and I played in a Champions pro-am with Fred Couples. Where else are you going to get Fred Couples to give you a bunker lesson?” Info on signing up for pro-ams is found on the sites of each of the more than two dozen Champions Tour events from January-November.