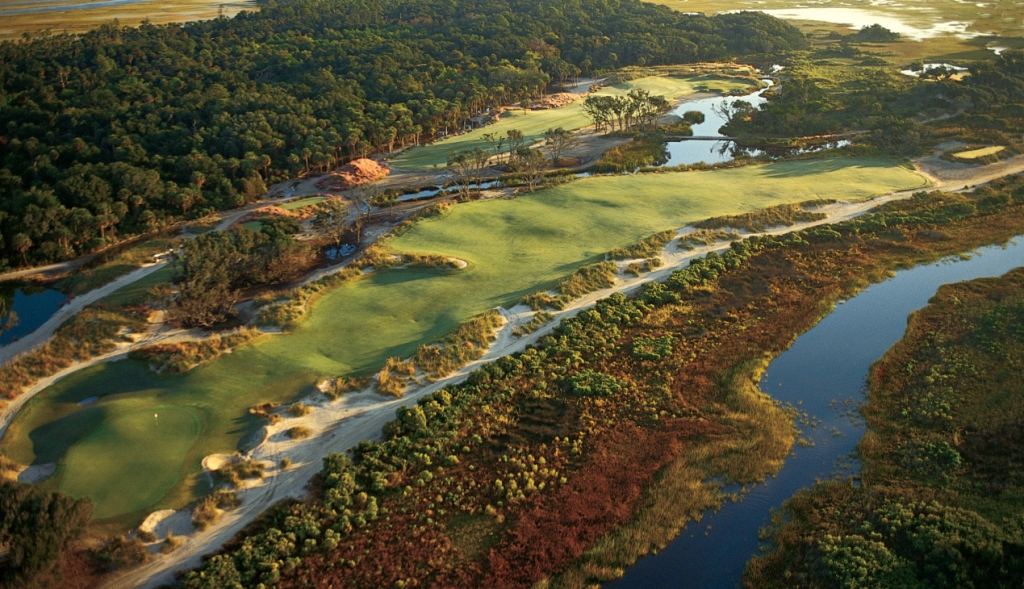 The Ocean Course at Kiawah Island is one of America's greatest, public or private, and just one of four Ryder Cup Venues you can play!

Golfers love playing the best courses in the footsteps of the game’s greatest players, and for that reason, my post on the 12 US Major venues that are open to the public has remained one of my most read works for over a year.

It is easy to work your way through his list and someday say, “I played every Major course you can play in this country. So what’s next?”

How about every public Ryder Cup Venue?

Not so long ago, no one showed up for the Ryder Cup except the players themselves, but in the past 30 years it has suddenly exploded to become one of the hottest tickets in sports. One nice thing about this list is that it is much shorter, and every one of these is big time golf resort with multiple courses, with no one hit wonders.

Pinehurst Number Two, NC: The famed Number Two, the career piece de resistance of hugely acclaimed designer Donald Ross, just wrapped up a long multi-million dollar top to bottom redo under the loving hands of Bill Coore and Ben Crenshaw, and is better than ever. Really – the work instantly elvated the course to true must-play status.  See my recent previewof the “new’ and dramatcially changed Number Two. It also happens to be  the only course on earth, public or private, to have hosted two different Majors (PGA Championship and US Open) AND the Ryder Cup, and will make history again in2014 when it becomes the first to host both the Men’s and Women’s’ US Open in the same year, back to back! Seven other courses at Pinehurst make the “Home of Golf in America,” both the first and largest golf resort in this country. 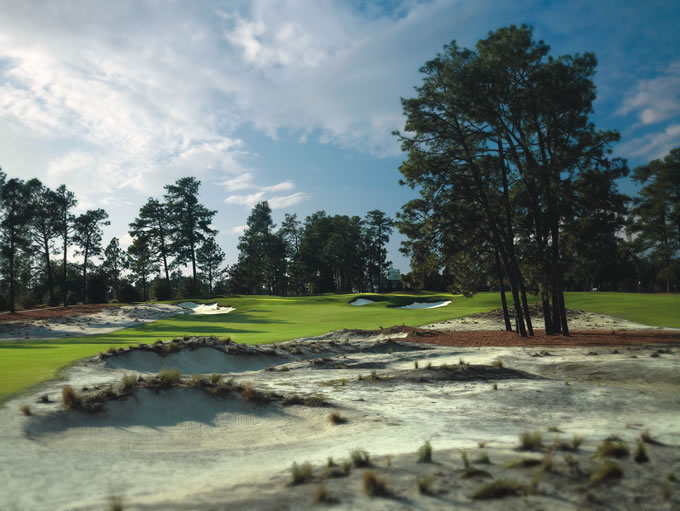 Pinehurst Number Two, Donald Ross' masterpiece, reopens this month after extensive renovations and is better than ever. Here's a tease!

Ocean Course, Kiawah Island Golf Resort, SC: Site of the famed “War by the Shore,” where the Ryder Cup players bitched about how the course was too tough for them. Forget that! This is one of the premier courses on earth, my favorite public in the eastern US, a gorgeous and unspoiled Jurassic Park landscape, of boardwalks, marshes, caddies, everything first rate. As long as you play the right tees for your ability, not ego, and that is crucial here, you’ll enjoy it just fine. Also it has been continually improved, with a new piece of land that designer Pete Dye originally wanted secured so he could move the 18th green, a new clubhouse, several major revamps along the way. Justifiably ranked in the nation’s Top 5 and soon to be a Major venue as well, with the coming PGA Championship! One of the world’s best golf luxury hotels, the Sanctuary, a Forbes (formerly Mobil) 5-Star winner is on site, along with four other solid courses all by top designers.

Champion Course, PGA National, FL: This Jack Nicklaus design hosted the Ryder Cup along with the PGA Championship and many Senior PGAs. The three hole sequence from 15-17 is very challenging and was the original “Bear Trap,” a tough three hole stretch whose nickname is now used at many other Nicklaus Signature Courses. Three other courses on site.

Greenbrier Course, Greenbrier, WV: This grand old Southern resort recently got a big facelift and the addition of a new casino, something found at very few US golf resorts, though lots of casinos have golf courses. The Greenbrier was a 1924 Seth Raynor design pretty much made new by Jack Nicklaus in 1977 and is by far the shortest of these Ryder Cup tests at 6,675 yards from the tips, yet it packs an impressive 135 slope into that short yardage. Two other courses and a laundry list of outdoor activities are available at the huge, active, resort.

Next: Part 2, Foreign Ryder Cup Venues You Can Play