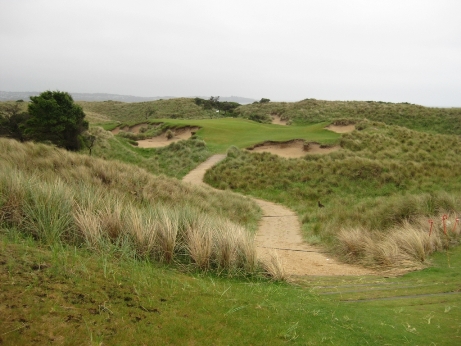 Barnbougle Dunes is a bit of Scotland transported to Tasmania - and one of two adjacent courses here ranked in the World's Top 100.

As loyal readers know, I have been preaching the awesomeness of Australian golf for years, and way back in 2004 when I broke the Guinness World Record for golf travel, I started my epic trip at New South Wales Golf Club in Sydney. Now with the Presidents Cup having just put to focus back on Australian Golf, I wanted to follow up the event with another reminder of just how good golf Down Under is – especially as we head out of Australia’s spring and into summer.

Melbourne is simply THE best golf city in the world for the traveling golfer, period, with seven fabled private clubs and eight courses all in one single stretch convenient to downtown – and allowing foreign visitors. Imagine a golf trip to New York if you could suddenly play otherwise off-limits Shinnecock, National, Maidstone, Winged Foot, Westchester Country Club and many more – and they were all in Brooklyn. 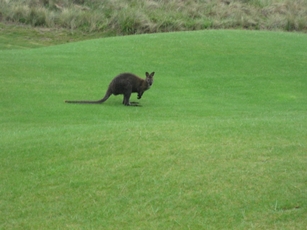 Yes, there really are kangaroos and wallabees on the golf courses here.

But golf in Australia is more than Melbourne, and to celebrate this, the Tourist Board just created something called Great Golf Courses of Australia, showcasing the fact that among the nation’s nearly 1,700 golf courses there are six that have been ranked in the World’s Top 100, which is pretty impressive considering that Australia has less than one half of one percent of the earth’s population. Or think of it this way: they have about 15 times the number of great golf courses per capita as the rest of the planet.

The half dozen stars are Barnbougle Dunes and Barnbougle Lost Farm in Tasmania; Kingston Heath and Royal Melbourne in Melbourne; New South Wales Golf Club in Sydney; and Royal Adelaide in South Australia. 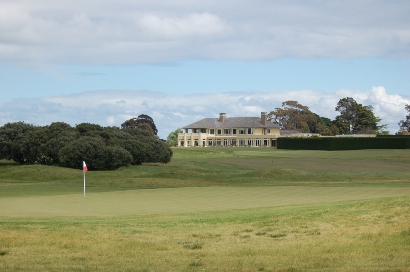 The stately setting at Royal Melbourne, whose 36-holes just hosted the Presidents Cup.

Without bragging, I have to say that I have played each and every one of these courses and they are all standouts. My favourite is probably New South Wales and the hidden gem of the bunch is Royal Adelaide. Barnbougle is very much Australia’s version of Bandon Dunes, right down to similar topography, investors and designers. Royal Melbourne was the host of the last two President’s Cups played Down Under and its 36-holes are probably Australia’s most famous. Like I said, this is a notable bunch.

For more info check out the official tourism site.