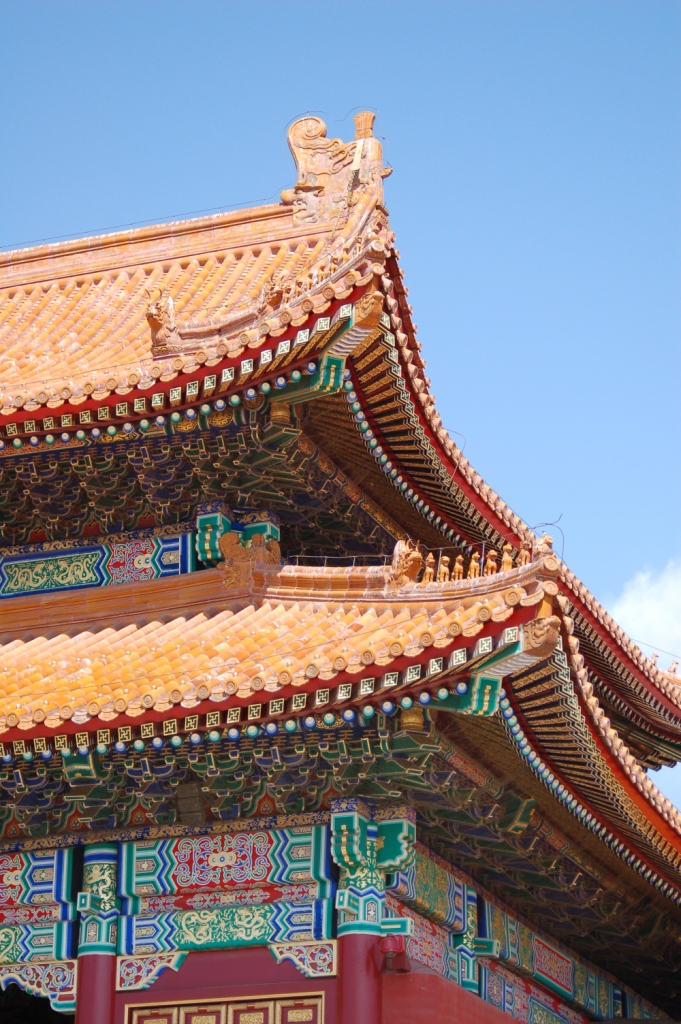 Beijing's Forbidden City, the world's largest royal residence, is one of China's premier tourist attractions - and tourism is the country's main appeal with golf a close second.

When it comes to the world’s biggest country, the PGA, USGA, R&A, Tiger Woods and company have awakened a sleeping dragon. For the golf industry there is no doubt that China is the next big thing. But what about for you?

I just returned from my second in-depth, golf trip that has taken me from one end of China to the other, and the reports are going to be a bit of a mixed bag.

First off, the numbers are startling. I can remember in the late Nineties and early part of this decade, when every year was a record breaking year for golf course construction on these shores, and at one point, more than two new courses a day on average were opening here! Those days are long gone in the US, will probably never return regardless of the economy, and by some accounts the number of golf courses is actually shrinking, while the unthinkable has happened, with both high quality private and public courses more valuable when given over to seed than to play.

Not in China. Part trend, part land grab, part status, golf is booming. I mean red hot, and the addition of the sport as an Olympic exhibition is just the latest fuel on a fire that began with the dramatic rise of a Chinese middle, upper and leisure class. Actual playing of golf has not gotten nearly as big as it will, thank to the game’s awkwardly long learning curve, but right now Chinese society is all about status, and belonging to a golf club, or having golf course real estate, is right up there with a Rolex or Fendi handbag – even if the members don’t play. Frequent tales of Chinese tourists showing up at the country’s booming golf communities and buying million dollar condos – often several – and paying with shopping bags full of cash, are not apocryphal – it’s happening with shocking regularity. 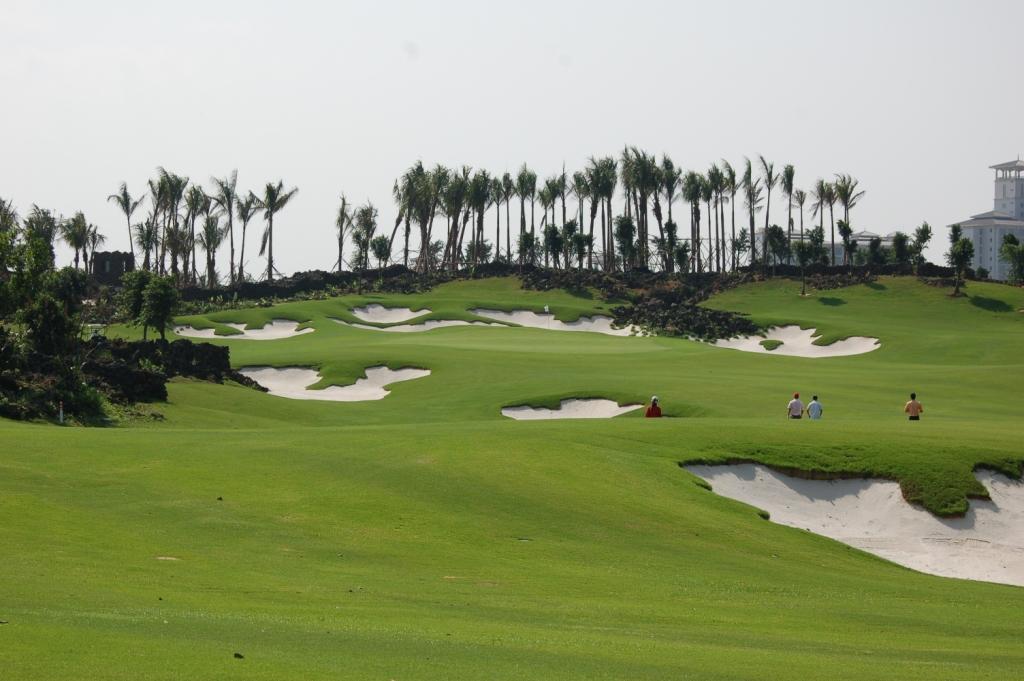 The new and dramatic Blackstone course on Hainan Island, carved from lava, epitomizes the high quality Chinese golf boom, with cranes and luxury villas being built behind this green.

Every major architect, and lots of minor ones, are falling over themselves to open offices in China. It is widely acknowledged in industry circles that if you miss the boom, you’re missing the future of golf. Schmidt-Curley design out of Arizona, one of the leaders in the Chinese market, has not one but two full time offices in China – something unheard of just a few years ago.

In fact, everything about China’s golf scene was unheard of just a few years ago. When the new millennium bloomed, there was no such thing as Mission Hills, the world’s largest golf resort (it’s even in the Guinness World Records book). Pinehurst, NC, held this lofty mantle for half a century, and is still by far the largest golf resort in the US and the rest of the non-Chinese world with eight 18-hole courses, but for China that is small potatoes. Pinehurst would be just the third largest in China, soon to be fourth. Nowhere is the crush being felt like on the island of Hainan, often called “China’s Hawaii,” where RTJ, Weiskopf, Doak, Schmidt-Curley, Norman and others are in the midst of a boom that has seen about ten brand new courses open with many more than that on the way.

One caveat before I dive more into the Chinese experience:

You’ll notice the title of this series of posts is China & Golf. Not Golf & China, not Golf in China, not Chinese Golf. I chose these words carefully because for the vast majority of the American audience, Chain is simply not going to be a golf destination in the way the British Isles or Myrtle Beach are. I’ve gone to Scotland and Ireland and Bandon and even Hawaii and spent a week playing 36 holes a day, with little else but meals, beer and sleep. Despite a plethora of quality courses, it’s impractical to do that in China – it’s just too far and the golf is not unique enough to warrant it. Like many places around the world with good to very good golf, China is first a tourist destination and secondly a golf destination. In short, you can have a vacation and get some golf in. So if you have no interest in Peking Duck, custom suits, the Great Wall or history, there’s really no point going.