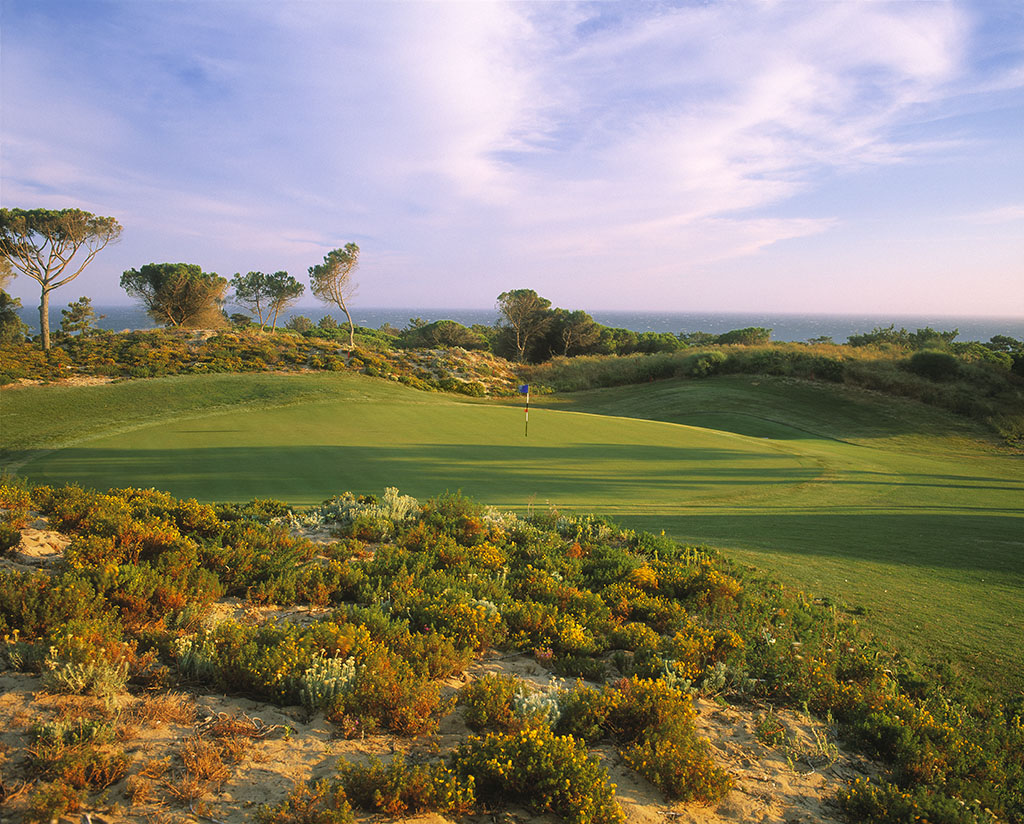 Oitavos Dunes, just outside Lisbon, showcases its setting on the Atlantic Coast, and does not waste any time: the very first green overlooks the ocean.

During the Age of Discovery, the Portuguese were famed for their unparalleled navigation skills, and many of the greatest explorers set sail right from Lisbon, the last major port between Continental Europe and the new world, including Vasco de Gama, Pedro Cabral and Henry the Navigator.

Today monuments stand at the city’s waterfront commemorating these deeds, and a walk around Lisbon is a discovery in itself for modern day tourists, charmed by the cobblestone streets, wonderful food and wine, friendly people and Fado bars.

What fewer visitors discover right outside Lisbon are arguably the two best golf courses in the entire country – and Portugal has a lot of golf courses.

Most people think of the Algarve, Portugal’s hot weather southern region when they think of golf, and rightfully so. It has hundreds of courses, along with the pre-requisite condo development and resorts of all calibers. In many ways the Algarve is Portugal’s Florida: it has the most courses in its nation, most of them are mediocre, and it appeals to shorts-wearing tourists interested in a tan, mostly Brits. I’m not knocking the Algarve, which has some great golf, hotels and food, but like Florida, you have to kiss a lot of frogs to find the princes, and a lot of it is not worth the time.

However, almost every American who visits Portugal will land in Lisbon, so before you make the long drive or jump on a connecting flight to the Algarve, make sure you do two things. First, explore the charming city. Second, play golf at Oitavos Dunes and Penha Longa. 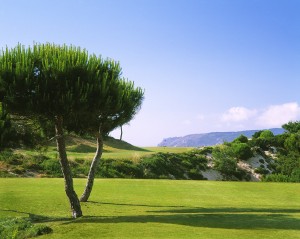 The signature 14th at Oitavos Dunes is the first of two dramatic back-to-back par-3s. In the background are the cliffs of Cabo da Rocha -- the Continental Europe's westernmost point.

The ancient Roman Empire once extended all the way to Portugal, and the invaders left their mark in the form of historic roads and ruins, especially their famous aqueducts, which is exactly what your slice might hit while playing the Robert Trent Jones, Jr.-designed Atlantic Course at Penha Longa. The massive stone arches towering over the fairways are unique and impressive and a vivid reminder that you are not in Myrtle Beach anymore. Despite the grandeur of these ruins, the stunning layout does not rely on them as it climbs through olive, cork, oak, and eucalyptus trees to the highest point on the property, where several holes offer views of the ocean and nearby Lisbon.

The Atlantic course is justifiably one of the highest rated in Europe, and the anchor of the very posh Penha Longa Hotel and Golf Resort, run by Ritz Carlton, and set within a 545-acre park, abutting the storybook village of Sintra, a Lisbon suburb for the wealthy. Penha Longa is Portuguese for “long rock,” and it was on this rock that 14th century monks chose to build their monastery, so after the success of the Atlantic, Jones returned and added the 9-hole Monastery Course, which rambles through the historical heart of the resort, around its own namesake ruins. As long as you are here, it would be silly not to play all 27.

Oitavos Dunes has no ruins and doesn’t need them. It is even better, relying just on the unfettered hand of Mother Nature. Designed chiefly by the exuberant and very hands-on Drew Rogers, a principal with Arthur Hills, Steve Forrest and Associates, the course celebrates its setting, and the firm won the design bid on land that has been owned by a local family for generations because, as owner Miguel Champalimaud Sr., told me, “We invited four design firms to bid on Oitavos Dunes, and all but one wanted to take this beautiful natural site and change it. One even wanted to build an artificial lake so we would have a water feature, when right there we have the largest water feature in Europe,” gesturing at the omnipresent Atlantic Ocean. “Arthur Hills was the only one who wanted to keep the land as natural as it was. That is why we chose them.” The Hills/Forrest approach to letting the site take center stage won over the owners, will win you over, and also resulted in the course becoming the very first Audubon Signature Program Gold recipient outside the United States, a huge achievement.

But Oitavos Dunes is not just for eco-lovers. The course sits on dramatic coastline, with a signature lighthouse, and is often described as “the Turnberry of Portugal,” a very favorable comparison to my absolute favorite course on earth, Scotland’s fabled British Open venue. That was enough to get me to play, and they were right! Golf Magazine rated it the best course in Portugal and 88th in the world, and while these rankings are hit or miss, this time they hit.

The course is part of the Quinta da Marinha resort, which also has an older Robert Trent Jones, Sr. course, and is located entirely within the Sintra-Cascais National Park on a site that runs the gamut from the hills of Sintra to beaches along the Atlantic. Much of it is covered with fabulous sand dunes, and the inland holes are marked by the highly prized Iberian umbrella pines. The result is nothing less than one of Europe’s most beautiful courses, highlighted by the unusual back-to-back par-3s, on holes 14 and 15. The 170-yard 14th is unforgettable: it plays over a barranca to an elevated green backed by the Atlantic’s endless blue horizon and framed by high dunes and the cliffs of Cabo da Rocha — the continent’s westernmost point. 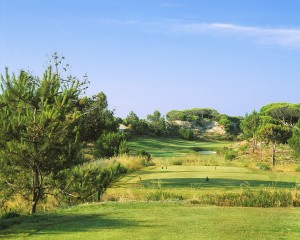 Fifteen at Oitavos Dunes is the second straight awesome par-3 on the course, which is laid out through a wonderful set of seaside dunes.

In Fall 2010, the owners are unveiling a gorgeous looking boutique hotel right alongside the course, overlooking the ocean.

Believe me, you will be glad you played these two gems of Portugal.

(PS: The Portuguese Tourist Board has a very helpful site…)