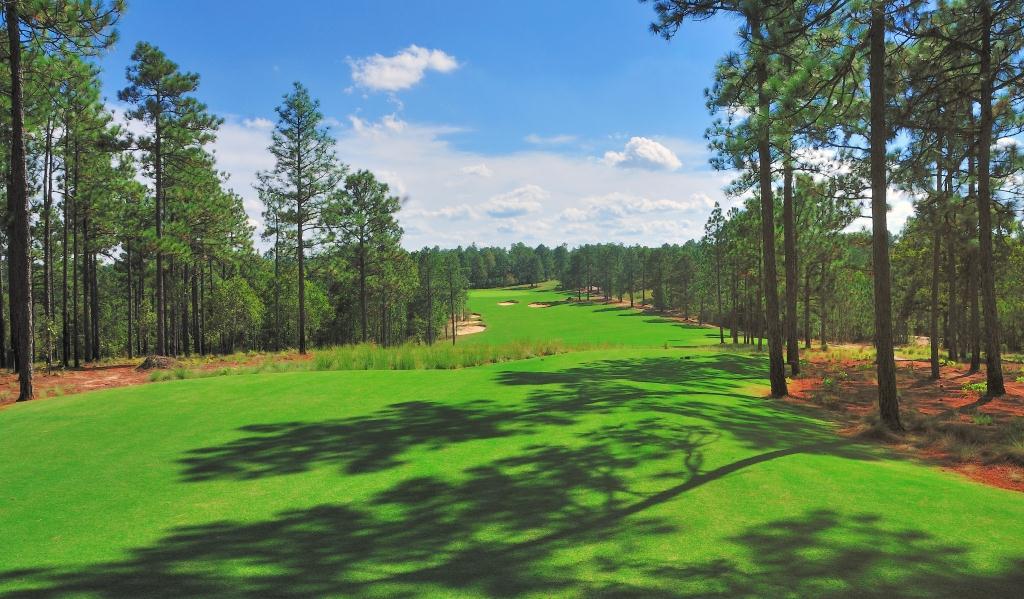 Welcome! The Dormie Club's opening hole is a beauty.

When a golf critic uses the world “classic” to describe a parkland course, it usually is industry code for boring.

That is certainly not the case for the new Dormie Club.

The “classic” parkland courses of the US Open style feature fairways between two rows of trees, with bunkers on either side at the tee shot landing distances, or if they get creative and dogleg, bunkers on the inside of  the dogleg. The defense comes from the length, sand, and rough, and typically these courses are visually boring, while strategically there is not a lot of variety, with the key to hit the right part of the green (and stay out of the bunkers and rough).

That’s why I hesitate to call the Dormie Club an instant classic, but that is just what it is. It will most assuredly make the next set of Top 100 golf courses in the country lists, and may well be named the Top New Course of 2011. And as soon as they sell enough memberships it will be private. So I seriously urge you to play it now while you can.

The first new course built in the Pinehurst area in nearly two decades, the club sits 4 ½ miles from the village of Pinehurst, making it super easy to combine with  he just re-opened and dramatically improved Pinehurst Number Two, another classic in a really good way (read my review of the new version). In fact, I have gone so far as to say Two is the best inland public course in the nation, so you need to get to Pinehurst, and the Dormie Club gives it a one-Two punch (get it?) you won’t find anywhere else. Remember, the reason why Number Two is so great is because this is the Sandhills region of North Carolina, very similar to the conditions found in the great linkslands of the British Isles, and Dormie Club benefits from this as well.

Conveniently for their travel schedule, the same architects, Bill Coore and Ben Crenshaw, did the Dormie Club and the renovations on Number Two. If you are familiar with the two C’s, you now they are among the most highly acclaimed designers on the planet, and have built courses at places like Bandon Dunes, Barnbougle Dunes, and We Ko Pa, three top spots.

What the Dormie Club manages is to muster a classic feel and ambiance, the soul of golf, with a routing that is anything but old fashioned. It feels old fashioned because there are caddies, and nobody playing, and the many bunkers are raw and ragged and filled with threating brown sand and look like they were just gouged out of the earth. It has an unfinished, old school feel, but it is very much finished (except for a 10-hole practice course they will be building). There are lots of doglegs, some real elevation changes, and enough water to make your heart skip a beat or two, all decidedly “unclassic” touches.

My favorite thing about it? Almost every hole doglegs left, very unusual, very anti-Nicklaus, and well suited to my power draw (which the less kind call a hook). If you fade the ball, it might be a long day at the Dormie Club, but no matter what, it will be a good day.

I’m not kidding about the Top 100 thing. Once the reviewers get there and the next year’s lists come out, I guarantee you this will be on it. The real deal. 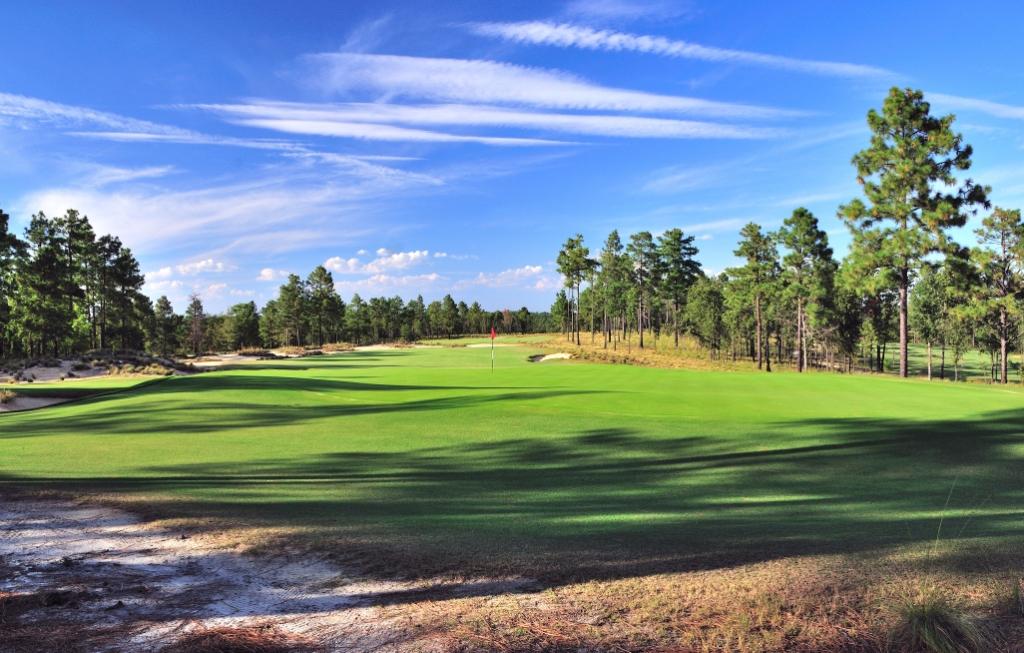 The closing hole ain't bad either