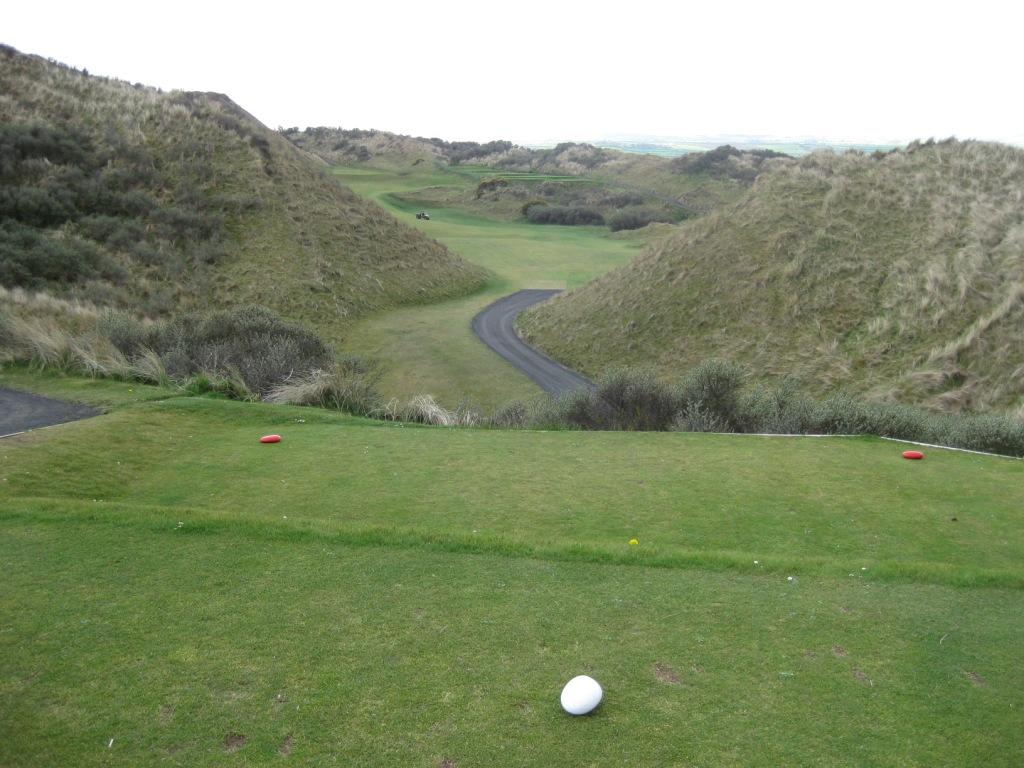 Many pundits believe that the first at Portstewart is the finest opening hole in all of golf. Welcome to Northern Ireland!

Northern Ireland is sometimes the Rodney Dangerfield of golf: it gets no respect.

It’s not like anyone is knocking the place, it’s more that considering how good the golf is, you don’t hear that much about it compared with the Republic, as the rest of Ireland is known. Part of the problem is historical, as it is in Northern Ireland that “The Troubles” occurred. This very understated term refers to the decades-long religious and nationalist animosity between England, which Northern Ireland is a part of, just like Scotland or Wales, and the Irish independence movement, especially the IRA. The troubles were characterized by car bombings and shootings on one hand, and extremely heavy handed military and police presence, abuse and activity on the other.

But those days are long gone and any visitor expecting barbed wire fences or border checkpoints will be sorely disappointed. In fact, with no passport needed to travel between the Republic and Northern Ireland, the only real indication that you have even crossed the border is the existence of money changers in the border area (the north uses pounds, the south euros) and the famously better roads in the North, a boon to those scared by driving Ireland’s sometimes challenging roads. Imagine driving into Canada, and then imagine it without and customs or border facilities at all, and you have the Irish frontier. There’s not even a welcome or leaving sign. The two countries, and they are two countries, with different money and different governments, now even share a single tourist board.

The other thing that keeps the north down as a tourist destination is the fact that it is harder to get to and does not include either the island’s main attractions, Dublin and Cork, or either of its two major international airports, Shannon or Dublin. However, Belfast’s airport has plenty of connections from all of Europe’s hub airports, including Heathrow, and a single direct flight form the US, Continental from Newark. In this sense it is easier to get to than that ultra-popular golf destination in Scotland, Edinburgh, and arriving in Belfast is about a million times easier than Heathrow, while departing is much easier than even Dublin.

But enough about those details. You want to know about the golf, which can be summed up in one word:

In fact, the average quality of its courses is the best on earth, and I don’t say that lightly. There are more than enough courses here, but not a crazy number, and they include several of the best ever built. The standouts both start with an R: Royal Portrush, the only course outside of Britain to ever host the British Open leaderboard, and Royal County Down, which from a shot value and design perspective is probably the single best on earth. I don’t say that lightly either, and I will explain more fully in a soon to follow post specifically on RCD, as everyone here calls it (that or just County Down). While there is no consensus on the world’s best, RCD is in everyone’s top ten, and Portrush is in everyone’s Top 50.

The so called second tier courses here, like Portstewart, would be first rate almost anyplace else, and seaside Ardglass has long ranked as my number one “hidden gem” on the planet, shockingly cheap and shockingly beautiful. The so-called “wee courses,” the little known second tracts at many British Isles links clubs, are better at Portrush and Portstewart than at famed places like Royal Troon and Turnberry, and even the inland courses are great, which is rare in the British Isles. Little visited Royal Belfast is a well kept secret from American visitors, but an excellent classic parkland design, while the brand new Lough Erne is a jaw dropping Nick Faldo design that defies categorization and has the best golf course lodging in the North.

NOTE: Because of the timeliness of Lough Erne’s touring pro, Rory McIlroy, who won the other week on the PGA Tour, I jumped the gun and already posted that one! 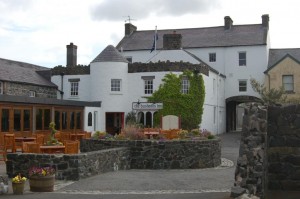 Lodging and food in Ireland - North and South - is the best in the British Isles, and the wonderfullly local Bushmills Inn is no exception. It's the best place tp stay around Royal Portrush and Portstewart.

I’ve been to Northern Ireland a few times before, but not in many years, and recently returned to the old (Portrush), the new (Lough Erne) and a few in between, and my latest multi-part installment will help guide you and help explain why for any serious golf fan, Northern Ireland is an absolute must.