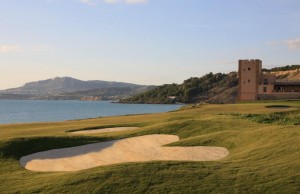 Beautiful Mediterranean coastline and ancient castles are just some of the things appealing about golf in Sicily.

Square pizza, the Sopranos and volcanoes are the first things most people think of when they think about Sicily. Starting this spring, they might add golf to the list.

Italy has long been my favorite country, home of La Dolce Vita, “the sweet life,” where people know how to live, love and especially eat. My love affair with Italy has been going for years, and in that time, I have watched it take baby steps towards arriving a real golf destination. There are a couple of decent new courses in Tuscany, and two or three bona fide golf resorts, but Italy has never had the quality or critical mass of golf courses to match its mass of amazing historical sights, world class wineries, and drop dead accommodations. 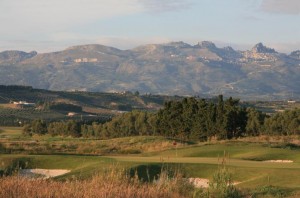 Then again, the mountains and vineyards are pretty nice too!

That might just change with the opening of the Verdura Golf and Spa Resort, on the southwest coast of Sicily. This is an ambitious and huge project from hotelier extraordinaire Rocco Forte, who has opened some of the top properties in Europe in the past decade, but this is his first ambitious golf undertaking. Ambitious is the right word!

Verdura debuts with has 45-holes, two and half courses, all brand new and all by American designer Kyle Phillips, the man behind Kingsbarns, outside St. Andrews. For those of you who have not had that pleasure, believe me when I say despite stiff recent competition, Kingsbarns remains the best course to have opened in Scotland in the last 20 years, so we know he can do something right.

The day Verdura opens in March, it will immediately be the premier golf resort in Italy, and one of the largest and highest profile in all of Continental Europe. I’ve been all over mainland Italy, but never Sicily, so I would love to be the first to see it!

Of curse, being a luxury resort with spa in its very name, there is more than golf. Verdura occupies a 600-acre former seaside estate and has all sorts of other crazy features like a golf academy, a huge spa, extensive sports facilities, and a mile of private beach – a mile! 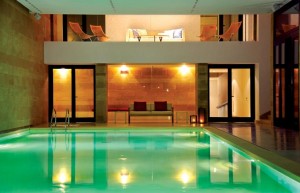