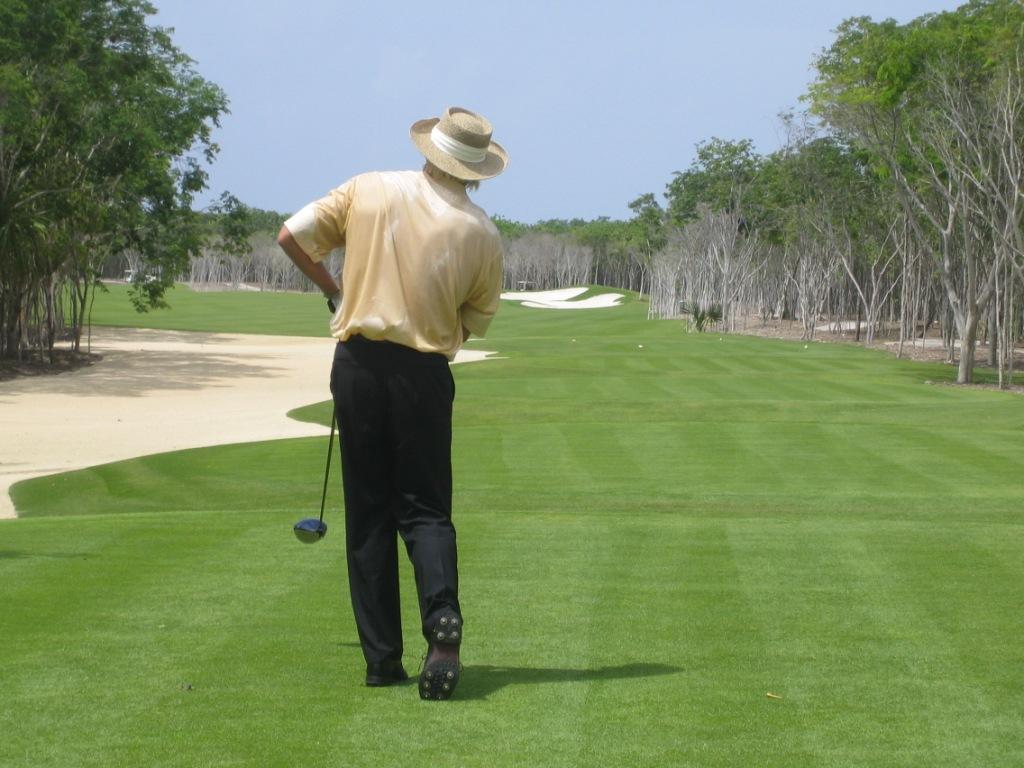 Greg Norman tees off at El Cameleon, where he is the host of the Mayakoba Classic, Mexcio's only PGA Tour event - and pro-am.

One detail I forgot to mention in my last post about pro-ams and pairing parties.

Most regular season PGA Tour events have between 132-156 players in the field, but the pro-am typically only has room for 50-55 groups, since the four and fivesomes play much slower.

PGA Tour rules stipulate that the entrants in the pro-am are based on their world ranking that week and the highest ranked 50-55 players in the event HAVE to participate in the pro-am. There are rare exceptions, and at one event I was in Fred Couples got excused from the pro-am because of a hand injury, but for the most part, you are going to be choosing from the crème de la crème of that week’s events, so while you might get a journeyman, it is pretty rare to get a nobody. In my opinion, it is so hard to get your card that there are no “nobodies” on the Tour, but if there are players who never make the cut and don’t win any money, they won’t be in the pro-am with you.