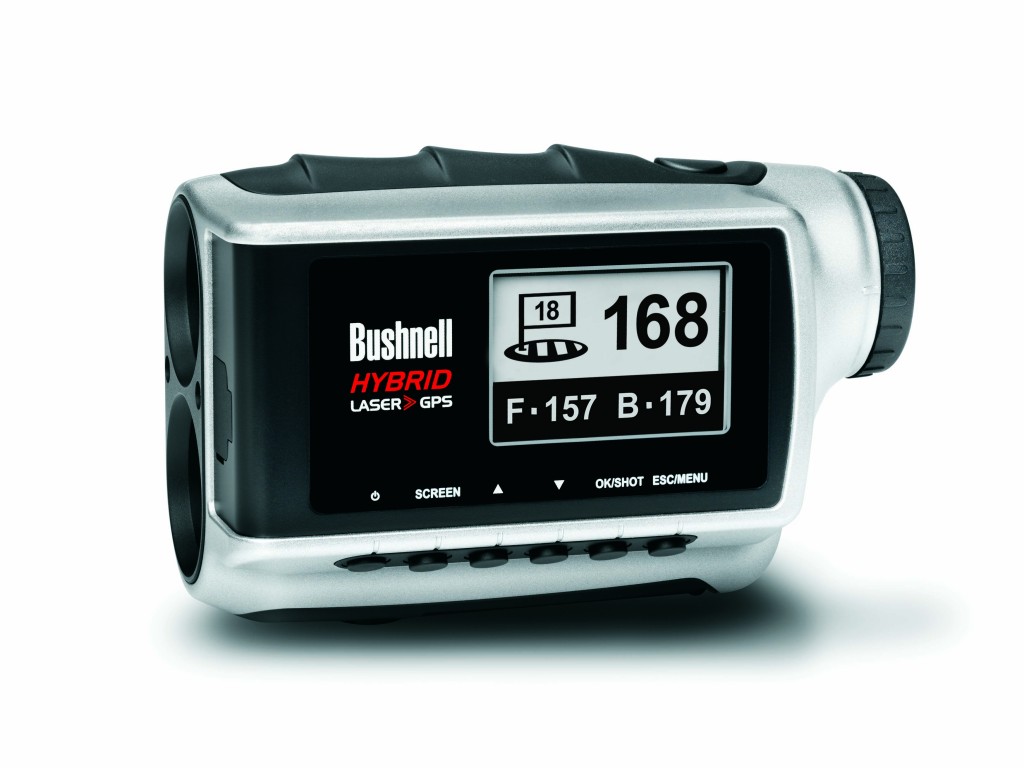 You really can have it all with the new Bushnell Hybrid.

About a year ago I wrote a column comparing the pros and cons of handheld laser and GPS units for managing distances and unfamiliar courses.

Well, we live in a world of rapidly advancing technology and you no longer have to choose, thanks to rangefinder leader Bushnell, which just introduced the best of both worlds.

The first of its kind on the market, the aptly named Bushnell Hybrid is a combination laser rangefinder with GPS.  It will officially debut at the annual PGA Merchandise show later this month, and be available at retail starting in February, at a suggested retail price of $499.

The Hybrid looks similar to previous Bushnell laser rangefinders, like the one I carry and love and use all the time, but added inside is GPS.  The laser technology provides golfers with distances accurate to within one yard – precise enough for even Tiger Woods – to virtually any point on any course in the world (that explains why in mapping practice rounds, more than 90% of PGA Tour pros use Bushnell laser rangefinders).�
�
The GPS function adds distances to the front, middle, and back of the green via satellite, and four pre-chosen reference points on every hole come in handy when the shot is blind or you don’t have a good target to hit with the laser. It is also very useful when playing those miserable “cartpath only” courses, and you are constantly deciding what clubs to bring (always the wrong ones!). Now you will have the approximate distance before you leave the cart, and the exact distance when you arrive at your ball.

One of the things I never liked about most golf GPS units is you have to download courses for online databases before your trips, sometimes with a pricey subscription, but the new Hybrid comes ready to go out of the box, pre-loaded with  more than 16,000 North American golf courses – and zero  membership fees.  To feed our egos, it even has “shot distance” mode to measure how far our monster drives were hit.  I hope it goes up to 350!