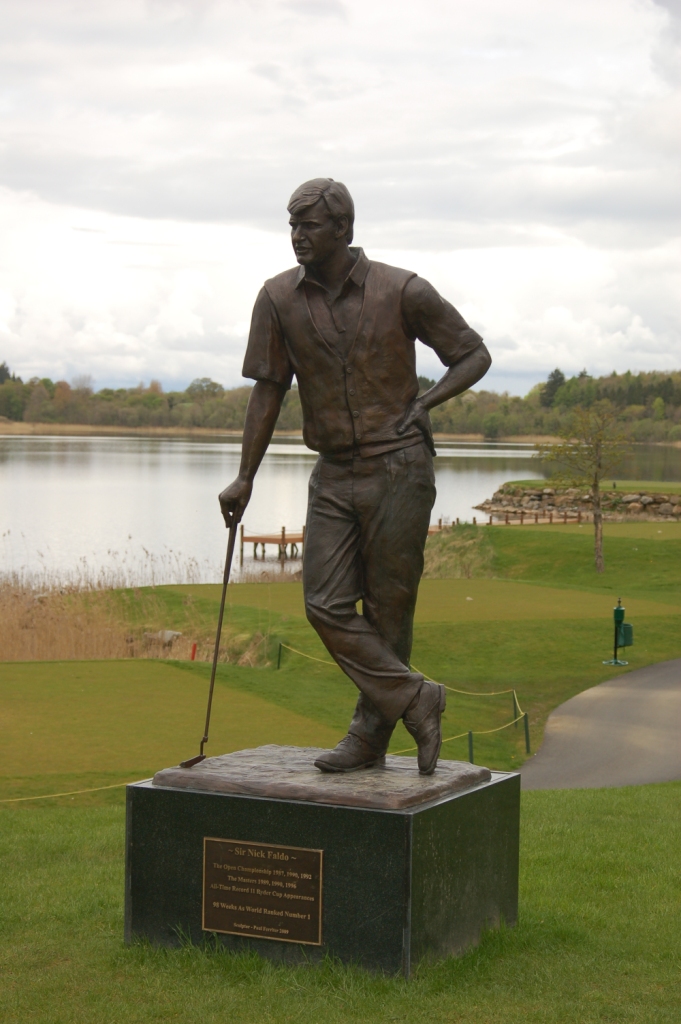 Sir Nick Faldo is another of golf's many multiple Major winners who has failed to achieve the sport's toughest feat - shooting 59.

When Paul Goydos shot the lowest score in PGA Tour history, the LeBron James change of teams stole his headlines. Not the LeBron win, not the LeBron ring, but LeBron calling the movers (who, lucky for them, won’t have to strain themselves lifting any championship trophies).

When Stuart Appleby shot the lowest score in PGA Tour history, he was upstaged by Yani Tseng. (Who is Yani Tseng you might ask? Great question. Among the people I play golf with, the number who would know I could count on my fingers – even if I had no hands! Anyway, she plays on the LPGA Tour and just won her second Major of the year, a very impressive feat, but as I described yesterday, a surprisingly common one).

I may have beaten this subject to death, but here are the obvious facts: Stuart Appleby shot the lowest score in PGA Tour history, period. A Rod became the 7th person to hit 600th homeruns. Very impressive, but no new record, no most, no nothing (well he is the youngest but so what?). There was even a multi-day countdown to the event. No one followed Appleby for the past year writing stories asking “When will he finally shoot 59?”

My last problem with this issue had to do with rarity and how it relates to the difficulty and noteworthiness of the accomplishment. As I said when Sports Illustrated erroneously found the two-Majors-in-a-year to be more impressive than the lowest score ever shot, that’s ridiculous. Lots more people have won two Majors in a season than shot 59, and I proved why it was a much easier feat.

Well, sorry A Rod, it is a great accomplishment, but thanks to you, as of today there are more guys in Major League Baseball who have hit 600 home runs than there are men and women on the  PGA and LPGA Tours combined who have shot 59.

Sports writers of America, awake from you slumber and start covering golf, will you?