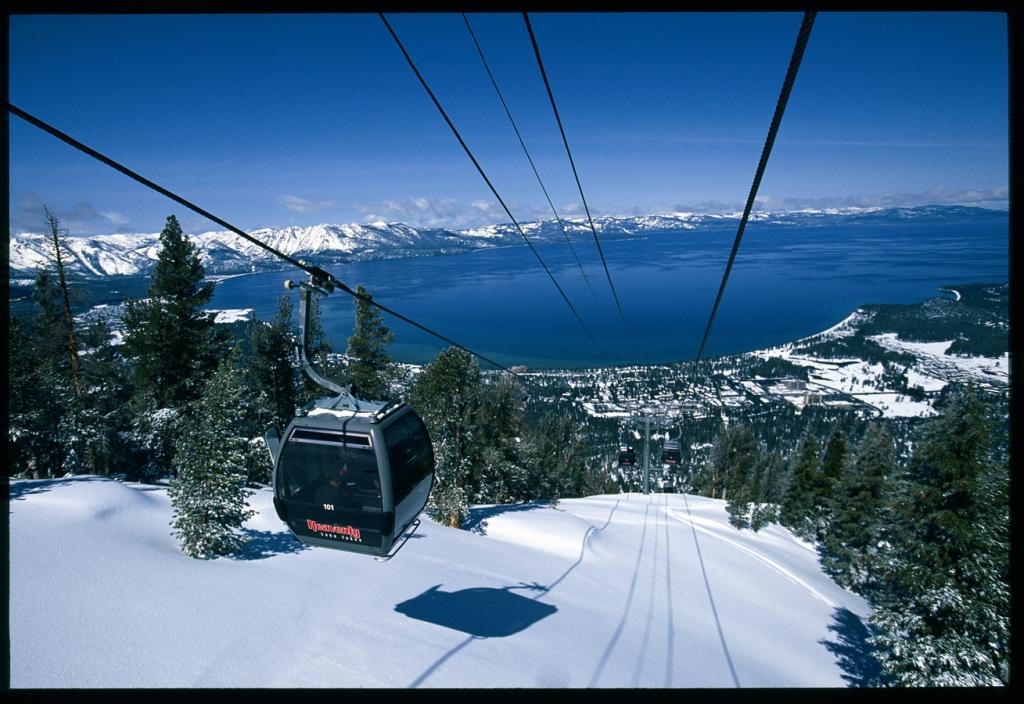 With the nation's most snow and killer views, you want to ski Heavenly and the other resorts of Lake Tahoe in the sunny spring!

Sure, winter 2010-2011 is off to a great start on the slopes, with record early snowfalls in Colorado, northern Vermont and much of the Rockies. Knee deep powder abounds, and my favorite mountain, Jackson Hole, broke their all time lift ticket sales record for opening weekend thanks to plentiful snow.

But lots of years start slow – or start fast and fizzle.

When it comes to ski conditions, there is only one true constant – spring skiing is the best.

Why am I such a fan of the spring in ski country? Let me count the ways:

Remember last year at the Olympics they had to bring trucks of snow to cover the racecourses outside Vancouver? A few season back Whistler barely got open by mid-winter. Snow is fickle, but everywhere it snows, the snow accumulates and accumulates and there is almost guaranteed coverage by the end of the season – and in many parts of the country, like Colorado and Tahoe, they routinely get more snow in March than any other month! Meanwhile, as much as I love Jackson, it is freezing cold in Jan and Feb, along with other resorts like Breckenridge, CO – which locals call “Breckenfridge.” You want to hit those on sunny warm spring days.

Here are the best choices for great spring skiing:

Jackson Hole, WY: Because it is a great mountain, but a cold mountain, and a lot more fun in warmer weather. Plus hundreds of inches of annual snowfall just keep piling up!

The Canyons, Park City UT: The nation’s fourth largest resort gets plenty of snow all winter long, but a major addition at The Canyons this year is a ‘European style ski beach,” which means a place to sit outside, drink and take in the beautiful people, and like a real beach, this works best when it is warm and sunny

Aspen, CO: Spring blizzards are no stranger here, and a few years back, the season’s deepest snow at Snowmass, the largest of Aspen’s four ski mountains, was in May – after the lifts had stopped. But what makes spring in Aspen so special is the prices. One of most expensive US ski resorts, things change dramatically in April, when 5-day ticket prices plummet, hotel rooms go into deep discount mode, and many of Aspen’s 150 or so restaurants feature reduced price spring menus. 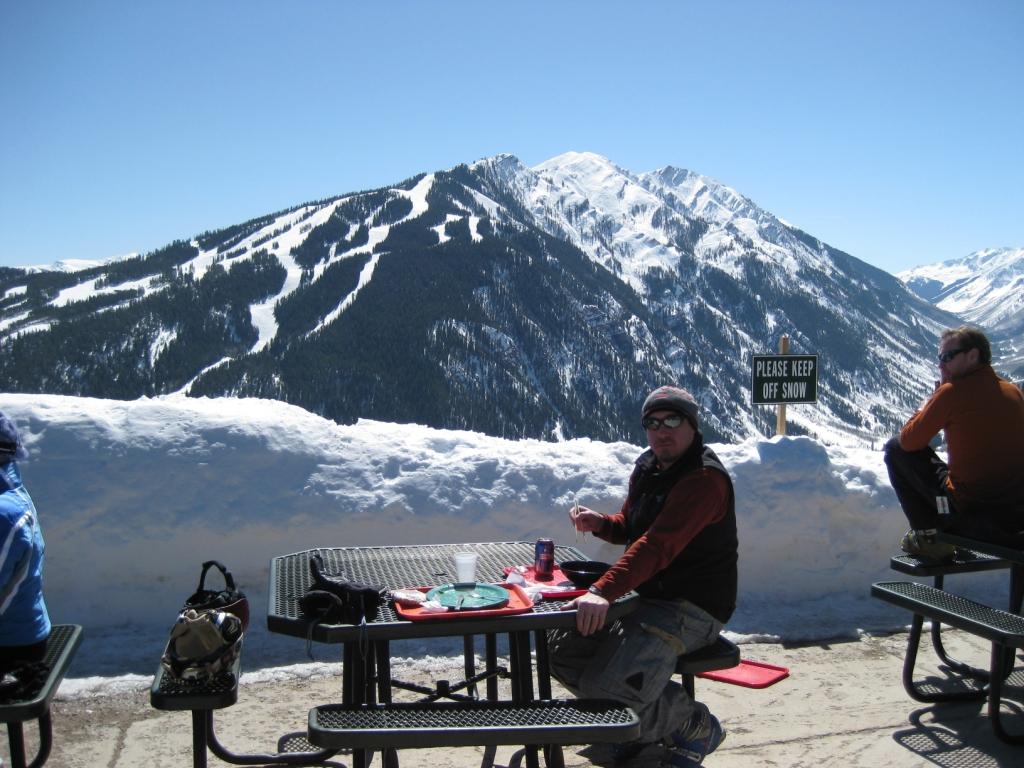 Your's truly enjoying an outside lunch in the spring sun at Aspen - believe me it beats January!

Lake Tahoe, NV/CA: No place in the lower 48 averages more snow than the fifteen ski resorts clustered around Lake Tahoe. Kirkwood, the snowfall champion, averages nearly sixty feet a year, enough to bury the New York City apartment building I grew up in! That’s a lot of snow, and much of it comes in the spring. In fact, several Tahoe resorts could stay open until summer, and some used to reopen on July Fourth weekend. They close because people lose interest, not because they lose snow.

Alta/Snowbird, UT: Little Cottonwood Canyon, just north of Salt Lake City, gets a lot of snow, but not just any snow. This is the finest, driest stuff known to man, widely considered the best skiing snow on earth, and the two adjacent resorts here get about 500 inches a year. Alta closes in mid-April, while Snowbird usually has instructional camps scheduled through late-May, and is typically open more than 200 days annually.

Mt. Bachelor, OR: Most years the Northwest’s premier resort offers skiing and boarding for around 230 consecutive days, often into July. 400 average annual inches of snow lasts a long time at over 9000 feet, and world class skiers come here to train through early summer.

Vermont: I live in the Green Mountain State, and snow is notoriously fickle – but is almost always best in March. Also, it can be bitterly cold here, often below zero without wind chill. A few years back I woke up one morning and it was -20 at my house, without any wind – and there was wind. You simply don’t want to ski in that, so wait for the sun.