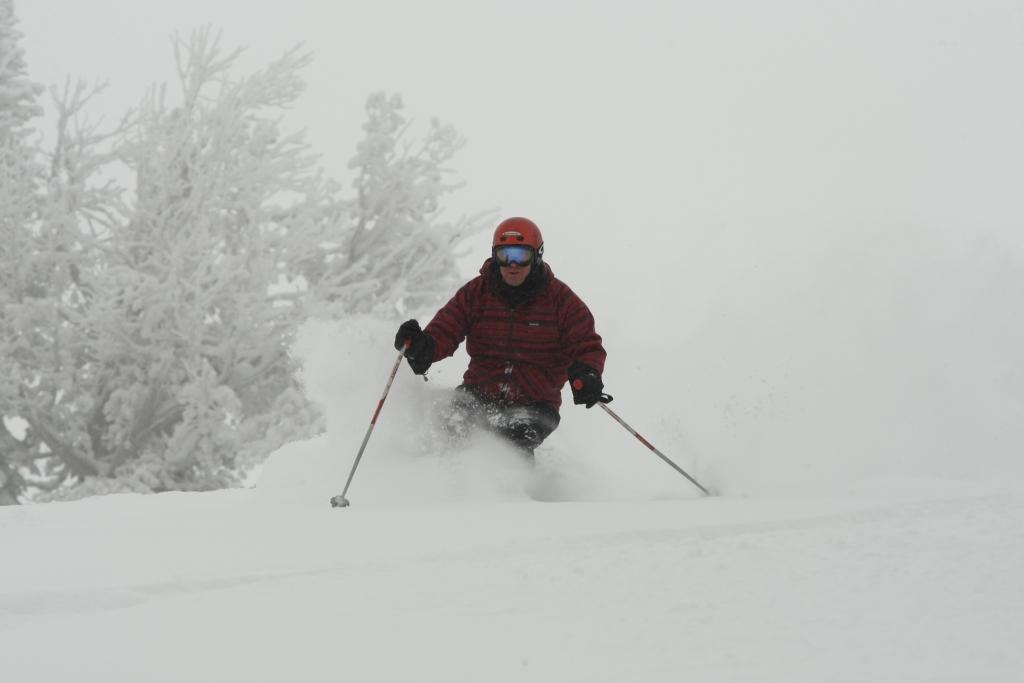 I’m not kidding – you might look into flights today.

I’m talking about the late season (they had early too but you missed it till next year!) Sno-cat and resort skiing package at Wyoming’s Grand Targhee resort.

Targhee is less famous than the nearby 800-pound gorilla of Wyoming skiing, Jackson Hole, in nearly every respect except one – powder. Local tradition has it that on a big dump day Targhee gets even more of the light deep stuff, and as I write this in early March, they have accumulated some 436 inches – enough to easily bury a three story building.

I am just back from Cat-skiing the ‘Ghee and I can sum up the experience in one word – AWESOME!

If you have never been Cat-skiing here’s the quick and dirty drill: they call it poor man’s heli-skiing, because you get the same crazy unbroken powder kept safely away from lifts, and thus skiers and boarders,  that you do heli-skiing. The difference is that instead of a 3-minute ride up in a helicopter, you get a 15-20 minute ride in a Sno-cat, basically a ski resort groomer with a passenger compartment in back, on treads. As a result, the runs are shorter, because you don’t go as high, and the skiing does not start on cornices atop remote peaks, but the thrill is the same, with nothing but untracked powder run after run, an experience virtually impossible to replicate in-bounds. 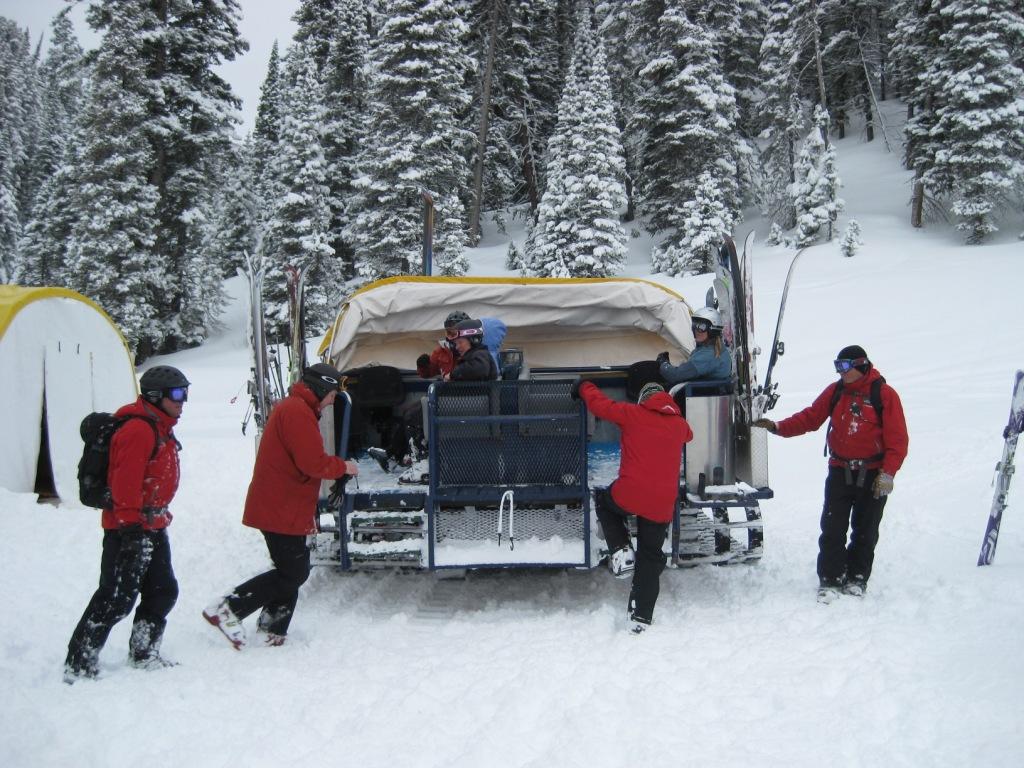 This is what the Cat looks like - cover closes when it is snowing.

As for the “poor man’s,” that is a bit of an exaggeration. Heli-skiing runs around a grand a day, Cat-skiing usually $4-500. Cheaper but not cheap. At Targhee, it is always a relative bargain at $349 per full day, but wait, it gets MUCH better!

I’ve been CAT skiing in lots of other places, but I especially loved Targhee and here’s why. First, the resort owns the Cat-service, which few do, and it is immediately adjacent to resort boundaries. You actually get to the Cat for your first run on a lift. At most places it is a 20-60 minute van ride into the woods. More convenient, more time for skiing, faster access to post Cat après.

Secondly, the terrain is fairly low profile and very stable, so that avalanches are virtually unheard of here. When you Cat or heli-ski, you usually spend a fair amount of time worried about being buried alive. This turn is awesome! Will it be my last? Not at Targhee, where the thought never crosses your mind.

The runs are long for Cat skiing, but not heavily treed, so it is all about the powder, not dodging objects. I love tree skiing as much as the next guy, but the real appeal of those Warren Miller movies is the sickly long gracefully curving lies of up and down rhythmic powder skiing. You don’t get that rhythm in tight trees. You get it at Targhee. Case closed. 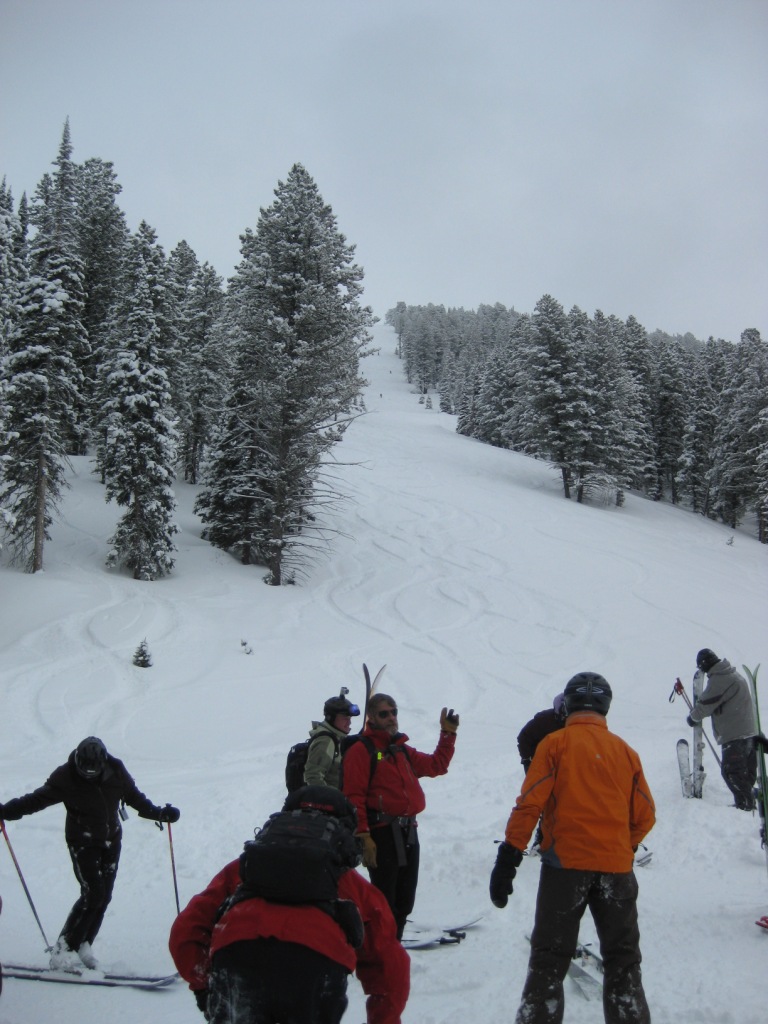 See the sexy tracks? Every skier gets a fresh line, in or out of the trees, every single run!

One more thing – if you have never done it, there is no better place to try it for the first time, for all the reasons above. In addition, they run two Cats, and break the skiers into A & B groups. One big concern of the first timer is “will I slow the group down?” At Targhee you won’t, as long as you are at least a solid intermediate skier. You do not have to be an expert, you do not have to be as good here as in other places, because the skiing is technically easier, but the powder is just as great (if not greater) and if need be, they will switch skiers between the Cats to find the perfect mix.

Now for the deal:

From now until the end of the season (April 17th this year) you can get a 3-night package with three nights slopeside lodging, a regular lift ticket, and a day of Cat skiing for $372. That’s just $23 for three nights lodging and a full day of skiing on top of the Cat. And it is cheaper than just the Cat almost anyplace else. Or try 4-nights, plus 2-day lift tickets and the Cat for $443. That’s another night and full day of skiing for $50 – less than half the price of just a one day ticket at Vail!

FYI, the website lists these specials as through March 19. Ignore that. They are good till the last day of the regular season, April 9, and similar deals will exist at the beginning of next season too!

One more thing: I said they get a LOT of snow right? When Targhee opened this year, on its first day, it was at 100%, every trail, everything open. When it closes on April 17, it will still be 100% open. Not exactly slow start or weak finish in Wyoming! 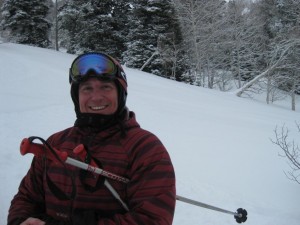 Yours truly could not stop grinning the entire day! Not for a second!