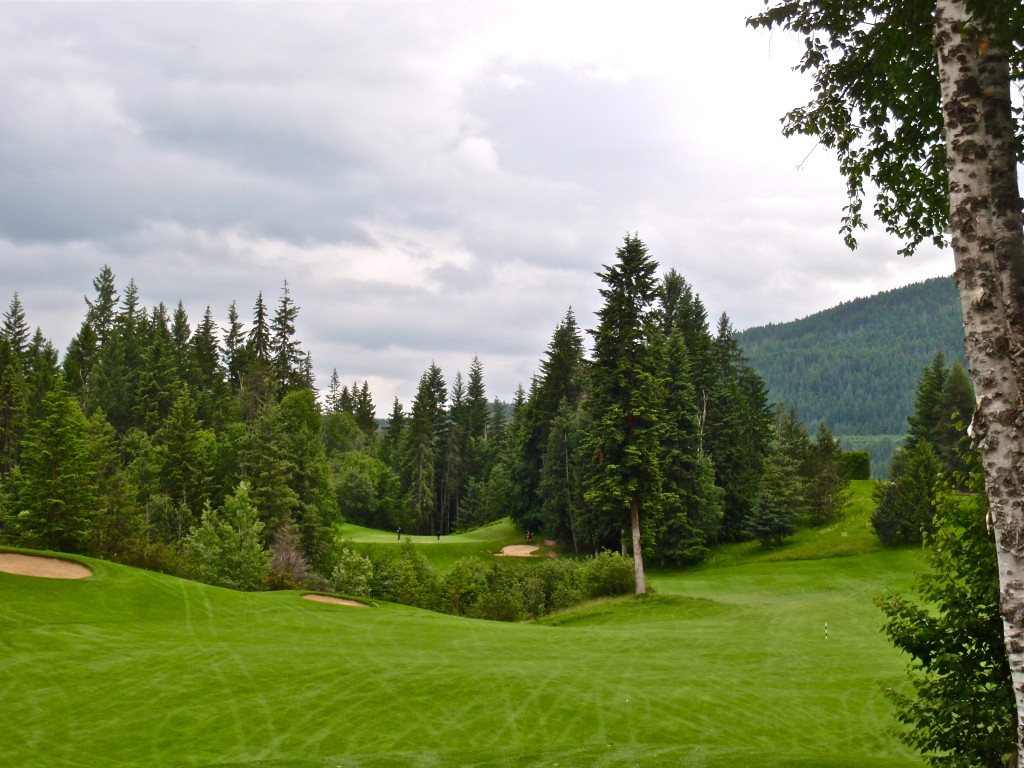 Even an overcast afternoon can’t dim the beauty or challenge of the long approach shot to the par-four 11th at Salmon Arm Golf Club.  (Photo by Robert S. Fagan)

Quickly traveling through the Upper Okanagan Valley on a suggested golf course tour of the greater Kamloops area, I almost missed playing Salmon Arm Golf Club, a real gem of a golf course.  Seems that the trip organizer didn’t consider the course highly enough to mention it let alone suggest I play there.  Through the good fortune of playing neighboring Canoe Creek, my playing partner Brian Schreiner suggested that I pay the course a visit.  It was a twist of good fate and all turned out well. 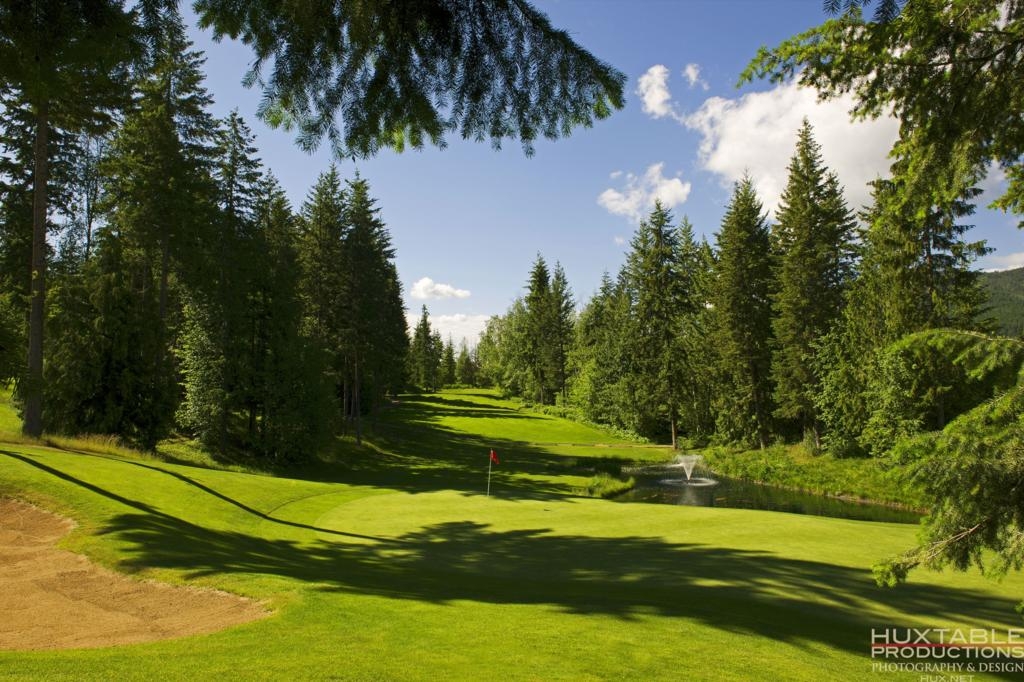 Looking back from the green toward the tee of the 163-yard 5th.

When I realized that Salmon Arm has been awarded “Top 100 Best” status in Canada, I knew that I had discovered a hidden gem to us Americans, but an established quality commodity for the Canadians.  Built in 1928 and later enlarged and enhanced by architect Les Furber, this is a traditional classic design that is both mildly hilly and thickly wooded.  At 6,738 yards from the tips, it does not require that much in the way of power, but it does qualify as a shot-maker’s course.  It is the pine and fir-clad hills that really form the backdrop for the holes as opposed to any mountain vistas or lakes though the extinct volcano of Mount Ida dominates the area.  The look and feel is tranquil and pristine as no housing intrudes on or near the golf course. 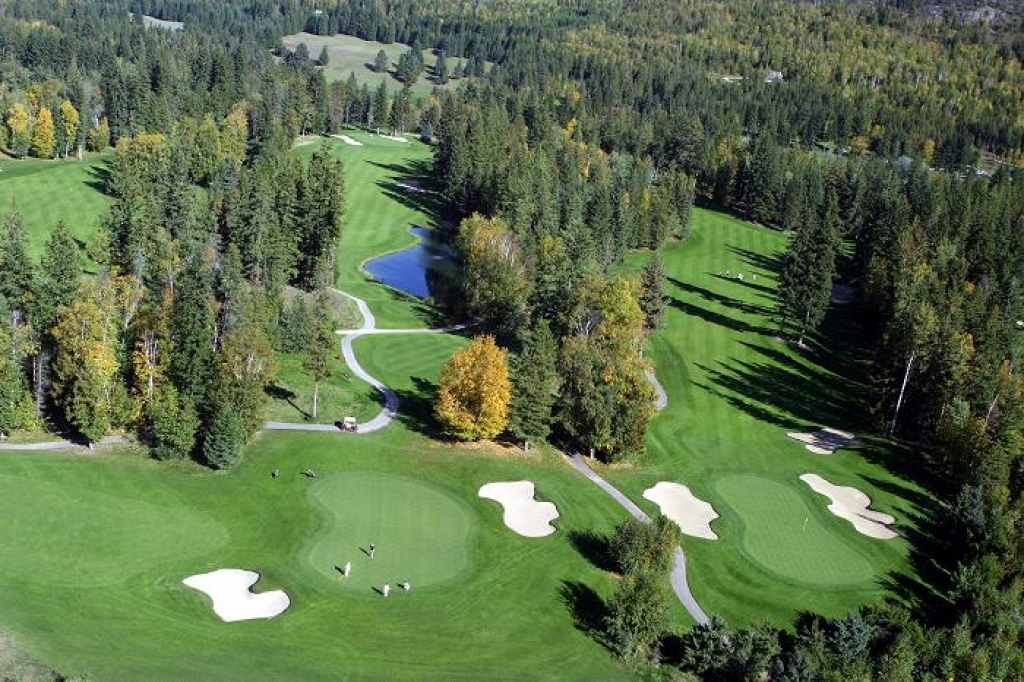 An aerial view of the hub around around the 12th and 14th greens in the foreground and the 13th hole.

This is the kind of course that requires a couple of trips around it to feel completely comfortable.  Starting with many elevated tees, there are few blind shots, but several of the holes dogleg sharply the woods are thick just off the fairways so a driver is not always the best club off the tee.  Likewise there are just enough elevation changes to make club selection a challenge.  When you add the many double-tiered putting surfaces, you begin to appreciate that local knowledge counts at Salmon Arm.

Looking back from the undulating green on the par-five 8th hole with Mt. Ida in the background.  (Photo by Robert S. Fagan)

There is a nice variety to the holes though none of them are back-breakingly long.  The 407-yard 11th hole really impressed me and the 504-yard 18th with a menacing pond fronting the green is a fun risk-and-reward hole.  That said, there is a solidness to every hole that makes the course quite satisfying.  This highly regarded course is usually ranked not only in the Top 100, but the Top 50 in Canada by Score Golf Magazine and it has usually been rated in the top 5 in British Columbia so my affection for the layout is shared by many others. 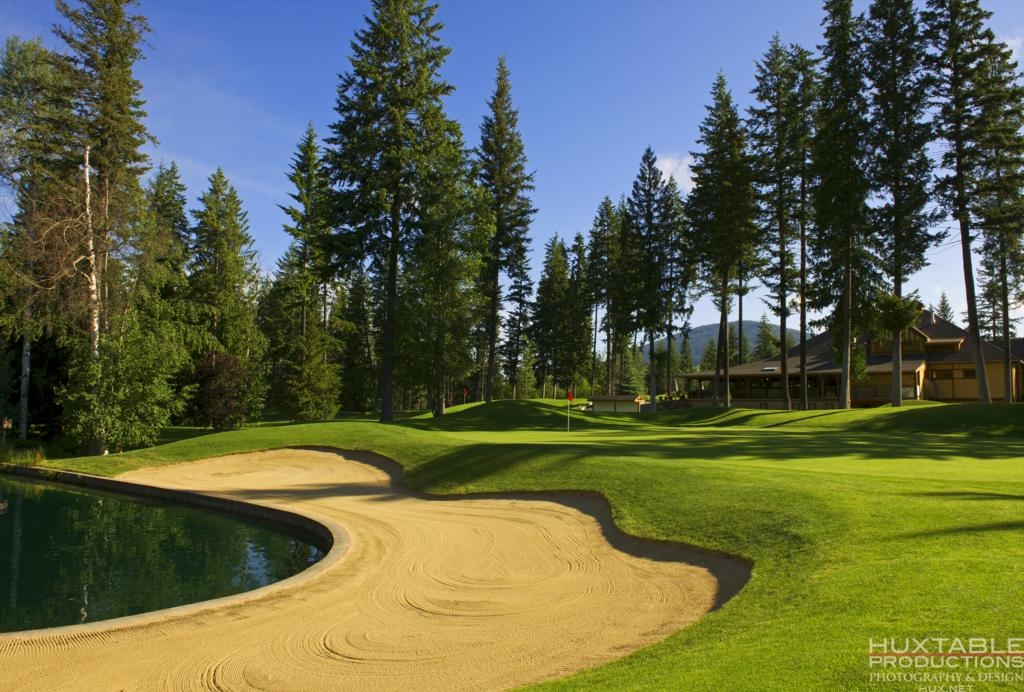 The pond-guarded 18th green and clubhouse in the background.

Salmon Arm has an interesting history.  The land was purchased for $100 and it opened in 1928 to the enjoyment of eighty-three shareholders, fifty of which were playing members.  Memberships were $10.00 and playing dues were $6.00 for the season.  They started with a 6-hole course with sand greens.  In 1929 the Club purchased 160 acres from the municipality for $875.00 and added three more holes. There were then 94 shareholders and playing dues were a dollar a day or three dollars a month.  Until the mid 1950’s golfers were privy to herds of sheep grazing on the fairways, providing close-cropped grass and fertilization.   This is a rather humble beginning considering the wonderful course that exists today.  An executive length par-30 nine-hole course also is part of the club. 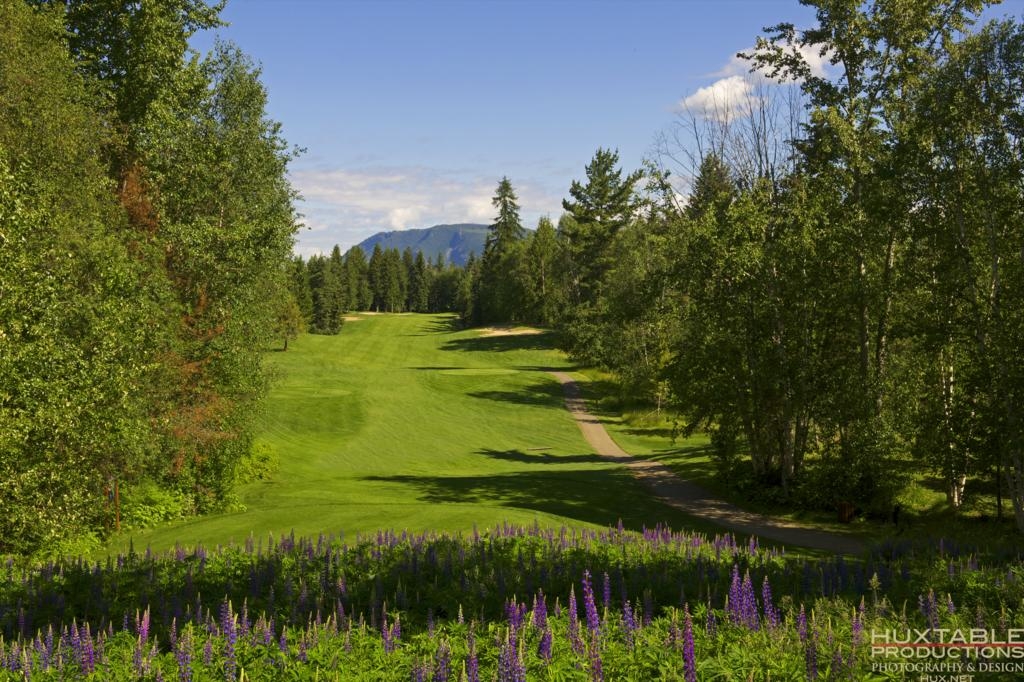 Looking toward the teeing area on the par-five 4th hole. You had better hit it straight!

Salmon Arm Golf Club is one of those unobtrusive, quiet gems that lucky traveling golfers should definitely play when in this vicinity.  It is a wonderful walk through the tall strands of fir, pine, and cedar trees, and a fair and balanced test of golf as well – definitely one of British Columbia’s most respected golf courses.

Below bunkers frame the fairway and approach to the par-four 15th. (Photo by Robert S. Fagan) 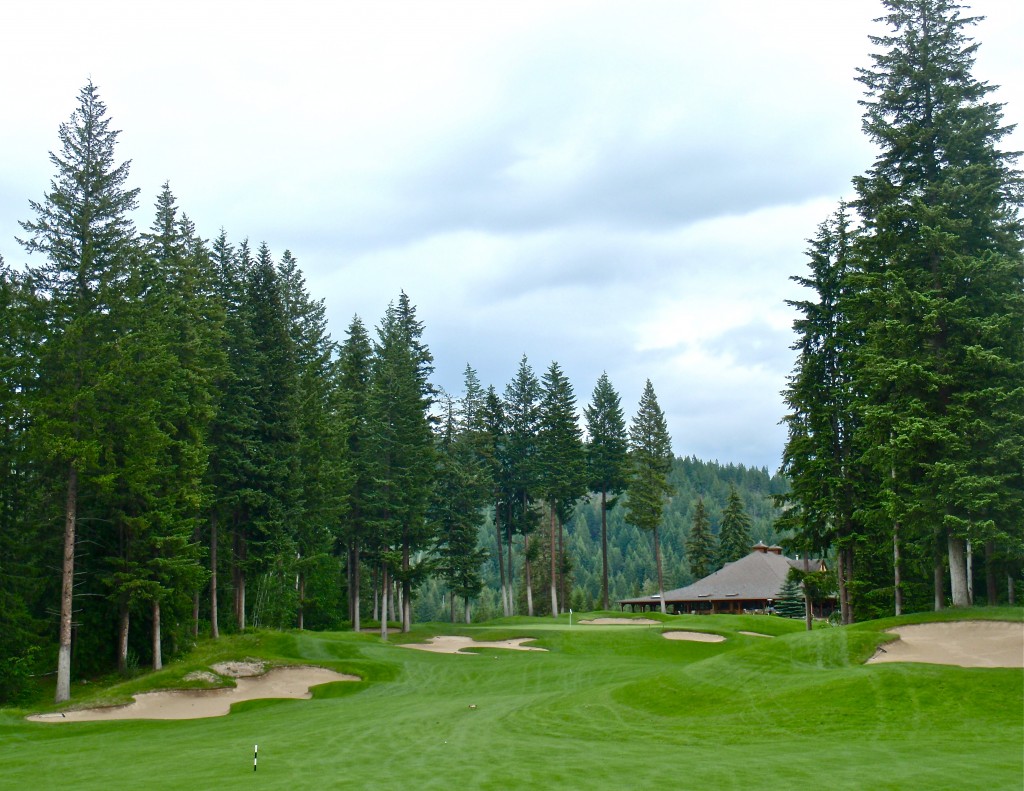