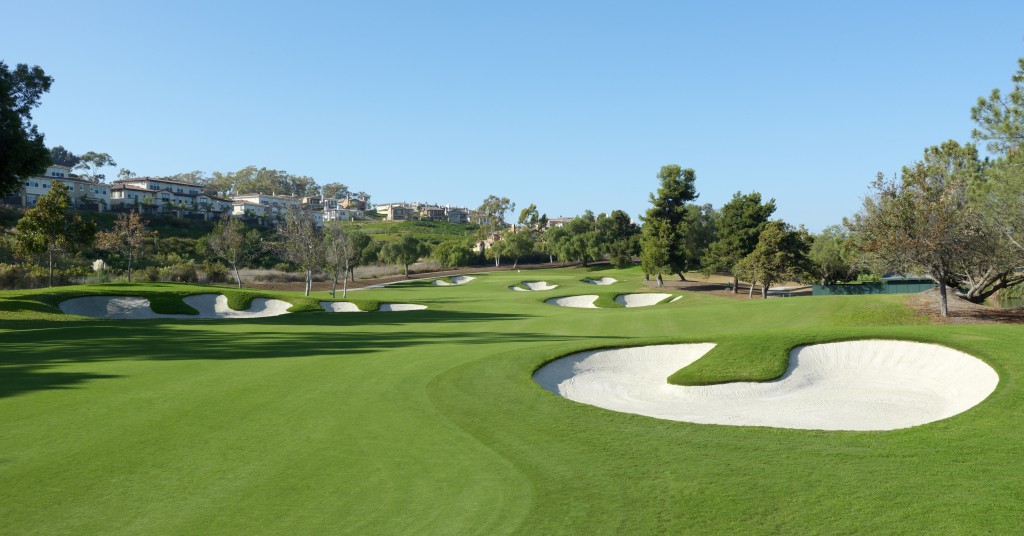 Imposing bunkers adorn the newly renovated Champions Course at the La Costa Resort and Spa.  Shown above is the par-four 4th hole.

One of the more refreshing trends in American golf is how many old and sometimes rundown courses have been reborn into exciting “new” layouts that both honor their traditional roots, but now also inspire and appeal to today’s golfer.  Such is exactly what I discovered when I revisited the venerable La Costa Resort and Spa conveniently located just thirty minutes drive north of San Diego in Carlsbad, California.

Opening in 1965, La Costa was for many years the cream of the crop when you mentioned San Diego golf courses or resorts.  It was the first American resort to include a full-service spa and its golf courses hosted both the PGA  and the LPGA tours.  In short, whether for golf, its world-class spa, or meeting facilities, La Costa was the place to see and be seen.  Nestled in the beautiful coastal foothills, this 36-hole golf complex has also often been a host to celebrities and has garnered many prestigious awards.  Candidly, however, La Costa of late had fallen off the front page as its physical plant including its golf course had slowly become dated and its conditioning suspect.  No more.  This jewel of a property has been re-polished and is back in the forefront. 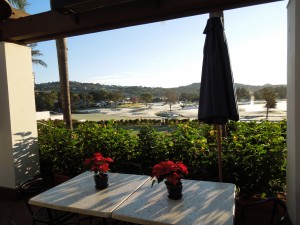 Enter the La Costa grounds today and you will encounter a village-like ambiance with shops, cafes, garden walks, the Spa, pools, and the “New Age” Chopra health and wellness center, and meeting rooms and event centers.  In this peaceful scenic enclave situated only a mile or two from the Pacific, the rooms are spread about in various buildings so you don’t feel compressed as in some hotels.  And make no mistake, golf continues to be the centerpiece as many rooms and the clubhouse gaze down upon the course’s serene valley setting.

For the golf course, the firm of Damian Pascuzzo and Steve Pate in collaboration with Jeff Brauer were brought in to affect an extremely ambitious do-over time-wise.  (Interestingly, Steve Pate won the 1988 Tournament of Champions right here at La Costa.)  They literally tore up the entire North Course and redid the four holes of the South Course that adjoin the clubhouse.  The project started in February, 2011 and by the time I previewed the work, the fairways, greens, and tees played wonderfully well.  Only the rough is left to mature and that should be accomplished by mid-2012.

From a point of background, Dick Wilson designed the original 18 holes – ones that were used to host the significant professional competitions that La Costa became known for.  Later Wilson protege Joe Lee added two 9-holes additions on opposite sides of the property and the original course was split into the North and South courses.  This created a problem that was two-fold.  First, both new courses looked disjointed with two differing motifs within each and secondly many guests wanted to play the original “composite” tournament course.  New owner KSL resolved this with this redo.  Pascuzzo, Pate, and Brauer were commissioned to not only improve drainage and reduce irrigated areas, but their main mission was to create a new premium layout on the old North Course that would elevate the overall golf experience.  They succeeded and the new layout is so-named The Champions Course. 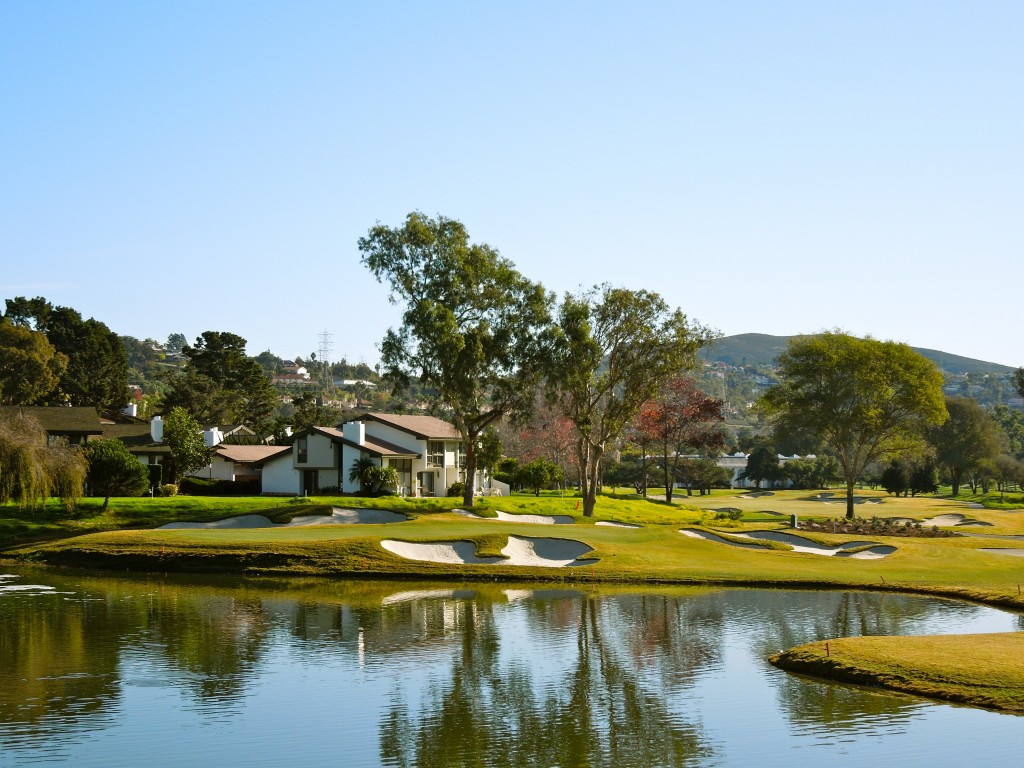 The par-three 16th of the Champions Course is tentalizingly attractive and is visible from the La Costa Clubhouse.

With the basic Wilson-Lee routing largely enact, the sprawling bunker style common to Wilson also was retained, but only in concept.  Bunkers were moved, and the new ones with their elongated tongues and fingers and flashing are among the best I’ve seen.  About the biggest changes that I noticed were the repositioning of several greens.  For example the first green is now elevated and the par-four sixteenth green over the water was moved far to the left to accommodate the clubhouse expansion where the first tee originally was.  More than 30 acres of turf have been eliminated to conserve water, often replaced with native grasses, while the roughs and native areas were planted with drought- and salt-water tolerant Paspalum. Two new lakes and a modern drainage system with extensive piping along with seven inches of sand in the fairways have been added to improve playing conditions.  Fairway contours were considerably altered as well. Added length has updated the course for elite players, but six sets of tees mean that children and beginners can navigate the layout – a move intended to attract families to enjoy golf at La Costa.

While the LPGA will be returning to the South Course this spring, it is currently the Champions Course where it is expected that all subsequent elite competitions will be held once the layout is allowed to mature.  Its overall look is characterized by its bold bunkering and native grassy rough.  Suffice it to say that now and moving forward, many will want to play this versatile attractive layout. 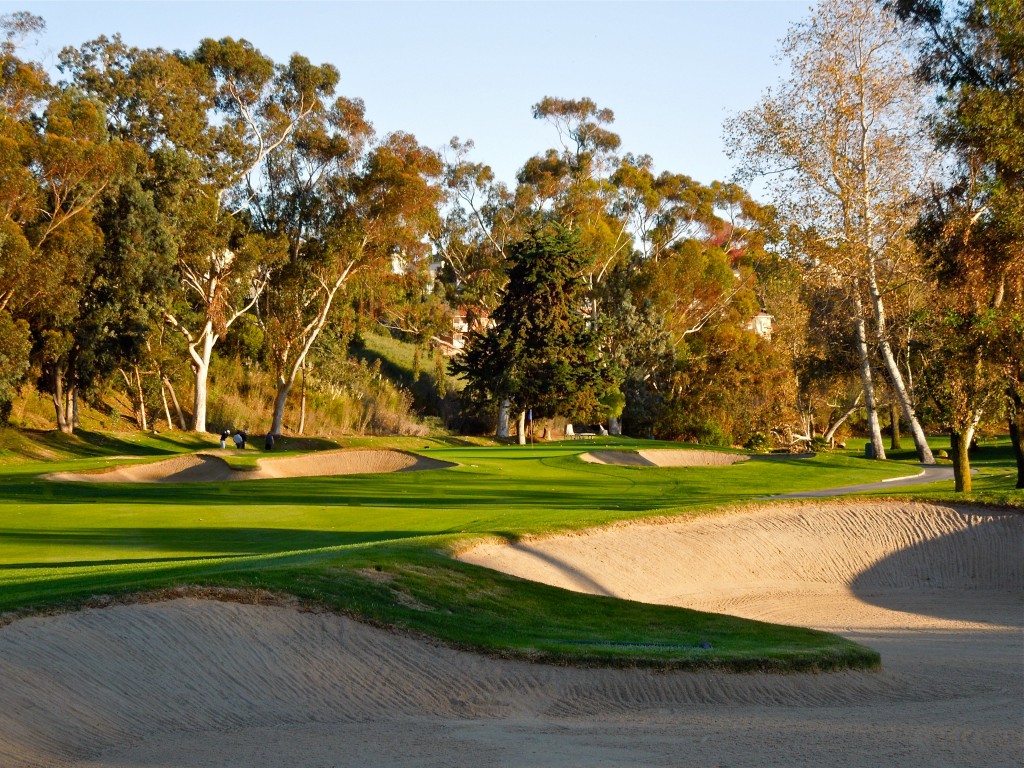 Speaking of the South Course, it is now a mixture of 7 Dick Wilson holes, 7 Joe Lee ones, and the four just redone adjacent to the clubhouse area.  This layout is also very attractive and boasts “the longest mile,” the “original finishing holes” where from the 15th hole the course turns back toward the clubhouse into the prevailing ocean breeze for a stout finish.  It is more of a manicured parkland style layout in the shadow of the condos and houses that overlook the course.  Large stately trees, colorful flowers, a meandering stream, and again the Wilson-influenced bunkering make for a refreshingly different look from the Champions Course.  Public play is alternated between the courses allowing for anyone to be able to play both courses in a two-day period. 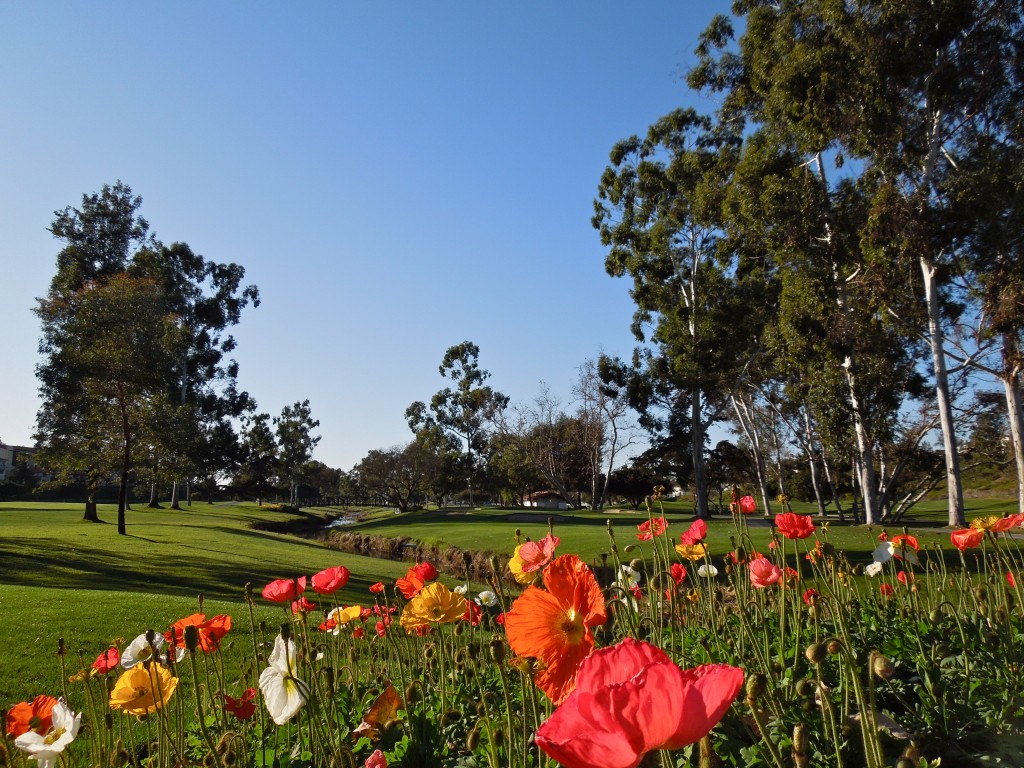 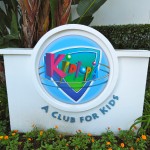 La Costa is a fun place as appropriate for couples as it is for business meetings and now families.  Families are especially welcome at La Costa as there is even a kid’s club called Kidtopia, the Vibz video and gaming lounge, and a Splash Landing pool area.  On the Champions Course, special attention has been devoted to provide shorter tees and better angles that also encourage kids and newcomers playing.  For non-golfers there are separate pools for adults, along with the spa and numerous conference rooms that cater to the adults.  However for families, the many attractions of San Diego and Orange County are only a drive away.

While golf is now back to its former luster, so too are the many other amenities at La Costa.  On the resort side, much of the $50 million upgrade provided improvements to all 611 nicely appointed guest rooms together with the clubhouse, and the renowned 43,000 s.f. spa.  The BlueFire Grill and Legends Bistro featuring locally inspired cuisine continue the high standards.  And speaking of excellence, I am a stickler for service, but from the golf course, restaurants, cleaning, etc. the service was as friendly and attentive as I’ve experienced anywhere in America – how refreshing!

Now with two differing, but very entertaining golf courses, superior service, a host of award-winning amenities, and nicely upgraded facilities, the La Costa Resort and Spa is a great place for a competition, retreat, meeting, or family vacation.  La Costa is back on top!

Below is the very beautiful dogleg right par-four 13th on the Champions Course at La Costa.