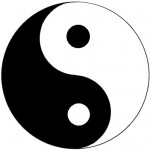 sweet time of year for those of us who get our biggest sports kicks from golf and hockey.  The Masters marks the beginning of . . . the Stanley Cup playoffs!    The transition is a whiplash.  In the blink of an eye we go from green grass to white ice, from sweet Georgia sunshine to grotty rink-stink, from azaleas to pulsing LCD displays, from polite patrons sighing “Ahhhh” to red-shirted maniacs who want only to Unleash the Fury!  That’s just one of the battle cries in the MCI Center, where the Washington Caps, led by Alex Ovechkin, are trying to exorcise the ghosts of the last two playoffs.  They have a lot to prove this year.   They’ve won their first two playoff games — 14 more and they can hoist the Cup.  Rock the Red!  Unleash the Fury!

Golf and hockey, hockey and golf — at first glance, there might appear to be some sporting schizophrenia here.   But I feel a connection.  In the ridiculously long intermissions between the periods of a hockey game, I have worked it out:  Golf and hockey are cosmic twins.  Are they not, at their foundation,  sports played with clubs used to propel a small, hard object at high velocity?  Yes, indisputably.  From there, it is easy to perceive that they are yin and yang, perfect complements to one another, opposite and equal forces creating a dynamic whole.  You have doubts?  Consider these binaries: 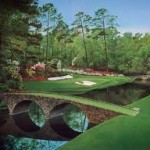 Speed/Serenity.   Human beings move faster in hockey than in any other sport where the player has to do something more than hit high rates of speed (as in skiing).  Compared to an NHLer on skates, Usain Bolt is a tortoise.   And hockey is a display not just of straightaway speed — it’s explosive speed, linked to dekes, veers, feints, and spins.  There’s a glint of shining blades, a spray of ice as the sharp edge bites into the ice, and there goes Ovi, off to the races — dazzling!

Hockey moves at warp speed; golf moves at walking speed.   It’s a stroll, an excursion, a little journey.   It’s peaceful.   All around there is space and green silence, maybe the chirping of a distant bird or if we’re really lucky, the faint roar of surf  Even if we take a cart, we advance at a rate of less than two miles an hour.   Nowhere but on a golf course are willing to travel so slowly.  But on the right golf course, we savor it.

Team/Individual. I have favorite golfers but don’t really expect them to win, and I don’t kick the dog when they lose.  I just like to watch them compete.  The pleasure is mostly aesthehtic.   Even when a tournament is as wild as the last Masters, I wasn’t rooting that hard for anyone — just a little for Cabrera, because his practice routine, I’ve heard, is to “put a leg of lamb and a bottle of red wine in his bag and go out and play.”  Even as the wham-bam finish played out, it was like watching a play or movie.  I might get caught up in a movie, but I don’t stand up and start screaming.

The last time I was at the MCI Center watching the Caps, I did plenty of screaming.  I come home hoarse.  I want the Caps to win — not just to win, but to crush the opposition.   Watching at home on TV, I yell loud enough to wake the house when the Caps score.   To have a team is to belong to a tribe, your tribe.  You can hate the chiefs and elders, sulk when the braves don’t do what they should have done, but they’re still your chiefs, your elders, and your braves.   You’re all in, blood, guts, and feathers.

Control/Chaos. It can be riveting to watch a great golfer exert his control over a golf course. He seems to take dominion when his game is clicking, as McIlroy’s was during the first three rounds of the Masters.  Think of the metaphors we have for sterling rounds:  he “tamed the beast,” “brought the course to its knees,” “thew that sucker down and stomped on it” (metaphor heard only in select Texas locales).

Hockey is as free-flowing, wide-open, and chaotic as a game can be.  I know there are plays and “systems,” but it’s mostly wishful thinking.   Try to detect the “system” next time you see 7 or 8 players standing in the crease, half of them trying to jam the puck through the goalie’s pads and half of them trying to prevent it.   Watch the odd-man rushes — pure improvisation and imagination.   It’s a wonder when a play does unfold just as a coach might draw it up.  It’s order, yes, but it’s order out of the prevailing chaos. 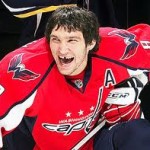 Civilization/Caveman.   Andrew Carnegie once called golf “an indispensable adjunct of civilization.”  It’s a game of honor.   It expects a competitor to respect the rules, his opponents, and the field of play.    The code of honor and respect is deeply ingrained and represents a sporting ideal that is at the heart of golf’s tradition.

Hockey?  It has its own caveman code of honor, but civilized?  That would be a stretch.   The archetypal hockey player is a guy like Ovechkin, affectionately refereed to as the “Mad Russian.”  He’ll check anybody, and by “check” I mean run over or run through.   The harder he hits, the better the team does.   (I’m talking about clean hits — the cheap shots are vile, and they violate the code).  The ethos of hockey has more a bracing, Stone Age simplicity, and you have to want your captain (Ovechkin again) to be a guy who, after getting whacked in the mouth, goes to the bench, asks for a pair of pliers, extracts his own front tooth, and then skates out for the next shift.   Did I mention that he’s often called “The Beast’?

OK, enough.  I know that that above “reasoning” isn’t going to win any prizes for logic.   Just remember that Yin-Yang goes beyond logic; it’s about the forces at work in the universe.   It’s cosmic, brother.  Day/Night, Light/Dark, Summer/Winter, Golf/Hockey.  You get the idea.

The Masters is over.  We observed a tradition unlike any other, and now it’s time to . . . Unleash the Fury!