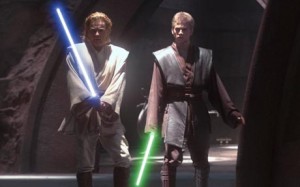 On the eve of the U. S. Open,  Congressional’s Blue Course is under microscopic scrutiny, and the discussion of the course setup is peppered with predictions, opinions, and alarms.  Phil Mickelson says that the Blue is a fair test.  He likes the options provided on the par 5’s and seems to hint that scoring could be lower than usual.   Writer Geoff Shackelford, on the other hand, warns that the 16th hole — where a bank has been shaved to create a steeply sloped chipping area — could be a disaster, and another writer, John Huggan, observing signs of stress in greens that the USGA wants to run at lightning speeds, predicts that things could get nasty.

In just a few days, what happens on the golf course will answer these questions — or not.  There are such divergent views about what’s fair and appropriate that consensus is unlikely.   What is clear, however, is that matters of course design and setup have moved front and center in the consideration of the U. S. Open, and this seems like a good moment to reflect on how — and why — this has come to pass.

Not too long ago, the formula for the Open seemed to be set in stone.  Lengthen the course, narrow the fairways, grow the rough, speed up in the greens.   It wasn’t rocket science.  While all of those principles remain in effect, however, there have been so many refinements and calibrations that course setup has been specialized to that mythical Nth degree.

This been necessary, of course, because of the improvements in golf equipment.  The ball now goes much farther and measurably straighter (Nicklaus had his huge advantage not just because of length but because most other players couldn’t hit the persimmon driver as straight as he could), and agronomic advances, resulting in truer greens, have always contributed to the lowering of scores.

With every advance, the USGA has had to look for some countervailing strategy.  Length alone wasn’t enough to provide a test for top golfers, nor was green speed.  In response, the USGA has had to come up a new measures to maintain the balance.   The scenario is an arms race, with one side acquiring weapons and developing new offensive capability, and the other side devising ever more elaborate strategies of containment.

Remember Ronald Reagan and the Star Wars Initiative?  The shield in outer space?  Maybe it hasn’t yet come to that at the U. S. Open, but it’s getting close.

Here’s another analogy:  Imagine that someone wants to use your house to shoot a movie.  You’re thrilled, and the film crew comes in and goes to work.  They rearrange the furniture, repaint the rooms, replace the bed linens, and alter the lighting.   But the time they’re ready to roll the cameras, your house is no longer house.  It has been transformed into a movie set, a background for a drama that involves the director and the actors and a story that will be told in another medium and a different dimension from the everyday life that usually goes in in the house.

And so it is with the Open.  It is taking place at Congressional, but the golf course has been transformed according to the rarefied needs of the USGA as it conducts a national championship.   It’s been made into a huge outdoor TV set for a drama that will be broadcast throughout the world.   Preparations that began years ago are coming to a head in the next four days, with the USGA still tweaking and fine tuning to achieve precisely the rarefied specifications which, they believe, are essential for a golf competition at this level.

How finely does the USGA control the conditions?  Well, the grass in the roughs is mowed to half-inch specifications.  On the greens and fairways, the specifications go down to the the hundredths of an inch.   In certain locations, these heights will be manipulated so that balls can run through the rough into hazards, or vice versa — some bunker faces will be left shaggy so that balls do not roll into the sand but hang up in the spinach.   In addition to the mowing heights, the USGA controls the firmness of the playing surface with measured watering, and the moisture content is further regulated by drainage and underground Sub-Air systems.

On the greens, slopes have been rebuilt to conform to exact measurements and provide hole locations judged to provide sufficient challenge, both as to approach shots — they must be on the right portion of the segmented greens — and as to putting.   Any player who has to putt from segment to segment will be in danger of three-putting.   The desired green speed this year is 14.5 feet, faster than ever, which will mean that players who miss putts will have to sink unusually long and challenging come-backers (and still, the 2011 winner will probably take something like 26 or 27 putts per round, about 4 putts fewer than Hogan took in his Open victories).

In short, the players in the U. S. Open will be confronting not merely a golf course but a set of conditions that are calculated and engineered in keeping with the technological advances in all aspects of the game.   The downside, for us ordinary golfers, is that the Open begins to seem . . . well, like Star Wars or some other sci-fi drama, where the golfers aren’t mere mortals.  They’re Jedi, armed with light sabres and equipped with special powers, operating in galaxies far beyond our ken.  We can admire their prowess but we can’t even dream of matching it.

The upside?   Mike Davis,  who has been in charge of course set-up since 2006, seems to understand that he isn’t just fiddling around with hole and tee locations; he knows that he is in charge of producing a spectacle.   He’s raised par to 71 at the Blue, converting a par 4 into a risk-reward, and he wants the players to have options.  He doesn’t seem to have the old attitude of protecting par at all costs.  He wants the players to have options and to decide for themselves how to play the holes, and he understands that, by setting up the course to provide those options, he adds excitement for the millions of people who watch the Open.   He takes his own risks when he creates situations like that steep bank at No. 16, but he’s willing to take them if it means that the tension ramps up.   He’ll give the Jedi a chance to deploy all their weapons if it brings the drama to a high pitch.

So we’ll see how the story plays out.   There is only one last consideration to mention — the weather.  This may be about high-tech offense and high-tech defense, but it’s also about grass.  Everybody will be watching the skies and studying the forecast.  A little too much rain, a couple of baking days, and the best-laid plans go aft a-glay.  Mother Nature still gets the last word.