I’m really not a fan of the ‘Who Are You Wearing?’ Red Carpet Hollywood question. 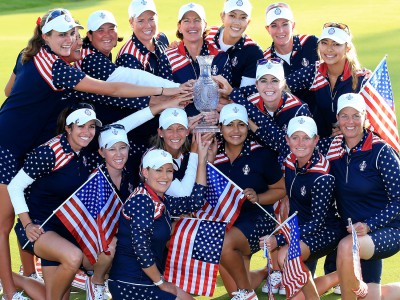 To me it hyper-personalizes the designer and depersonalizes the wearer. At this year’s Emmys, I laughed aloud when the ‘Who are you wearing?’question from one male actor to another resulted in the respondent flashing open his jacket and saying, ‘I’m wearing myself, sort of like’…well to paraphrase…’having sex with myself.’ Exactly.

Nonetheless, the makers and designers of what popular actors, political figures and athletes wear inevitably intrigue the rest of us – especially when their ‘models’ look good!’
So when the 2015 U.S. Solheim Cup women hit the ‘green carpet’ golf course in Heidelberg, Germany, so did two quality brands – Imperial Headwear and Antigua.
Founded in 1916, Imperial Headwear is a leading manufacturer and marketer of quality headwear for golfers. Known for its art customization capabilities using innovative digital design, logo and embroidery technologies, it’s no surprise that Imperial made the cut for the Solheim Cup team.
The Antigua Group, Inc., developed the Ryder Cup uniforms for the American team in 1993 and now three times for the LPGA and the Solheim Cup Team in 2011, 2013 and 2015. Although ‘custom’ in every way possible, from fabric choice to design, choosing Antigua for the women’s uniforms was probably much like conceding a ‘gimme’ putt.

Recently, I ran an Imperial Headwear hat and a couple of Antigua golf shirts through my own fashion, fit and performance tests. 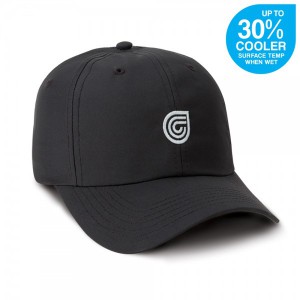 Typically, I’m not a hat wearer. Although I like the shade that a baseball style cap provides, I’ve never appreciated the added heat capture, except on a cool autumn or spring day.

But I was interested in the Imperial golf hat. Made in Bangladesh by this Bourbon, Missouri-based company, Imperial’s registered trademark Coolcore® technology hats are said to have a “30 percent cooler surface temperature when wet.”

While the ’30 percent cooler’ claim has initial appeal I didn’t realize it actually is a wet-and-wear hat! Giving it a literal dry run, I was not convinced the cooling attribute had much bearing on wearer comfort.

My test hat is black, and rather than try it on the golf course, I wore it on a two-mile wilderness hike on a hot, sunny day.

I liked the hat’s lightweight canvas fabric and unconstructed design, but it wasn’t cooler than any other hat I might wear. On the hike down the steep bank of the river gorge, the hat was comfortable. When sprayed with bug repellent, it also did a good job keeping my head and face shielded from the sun, flies and other flying insects. On the return hike up the gorge path, however, I found myself feeling much cooler with the hat off my head. Maybe it was its dark color in the sun, or the rate of physical exertion for the climb, but I found the dry hat held the heat and absorbed sweat, with no substantial cooling effect. I was probably 50 percent cooler with no hat at all.

Had I wet the hat at the hike’s outset and rewet it in the river, I likely would have felt differently, but the hat came with no instructions when delivered.

Regardless, the hat itself is well made, with nice stitching details, and the Imperial symbol is stylish and rather subtle. I also can say the hat showed no signs of sweat when it dried, which is a big plus. As a result, it wears ‘like new’ for a long time.

The shirts I tested were part of Antigua’s 2016 spring collection. Using Antigua’s Desert Dry™ technology, the shirts are said to absorb and wick moisture quickly and evenly, achieving ‘the most-efficient evaporation possible’ to keep golfers comfortable and dry. 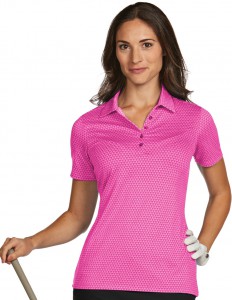 Both of my shirts are polyester/spandex blends offered as part of the PRF-72 2016 spring performance golf fashion line. One, the Ascent, is a bright geometric ‘Mardi Gras Multi’ pattern of light and dark pink triangles; the other is a textured, Jewel, style in ‘Hypnotic’ royal blue. Both are traditionally styled, polo shirts with collars, button plackets and short sleeves.
I found both shirts to be very comfortable, moving with me and my golf swing, but I didn’t have them until fall, which in Michigan, means I couldn’t really test the moisture-wicking qualities. The pink shirt was roomier while the blue textured shirt, in the same size, was more form-fitting, which for me, as a middle aged woman, wasn’t necessarily a desired quality. However, with a sweater or jacket, both are great base garments.
What I also liked is the feminine quality of both. The pattern/colors in one and the texture in the other, said ‘woman’ all the way, and I liked that.  Despite their traditional styling, both had softer qualities about them that were flattering and feminine. 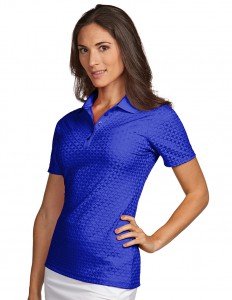 While the Solheim women had custom made uniforms and stellar swings to go with them, I’m happy to report shirts from the regular Antigua production lines made me feel world class.