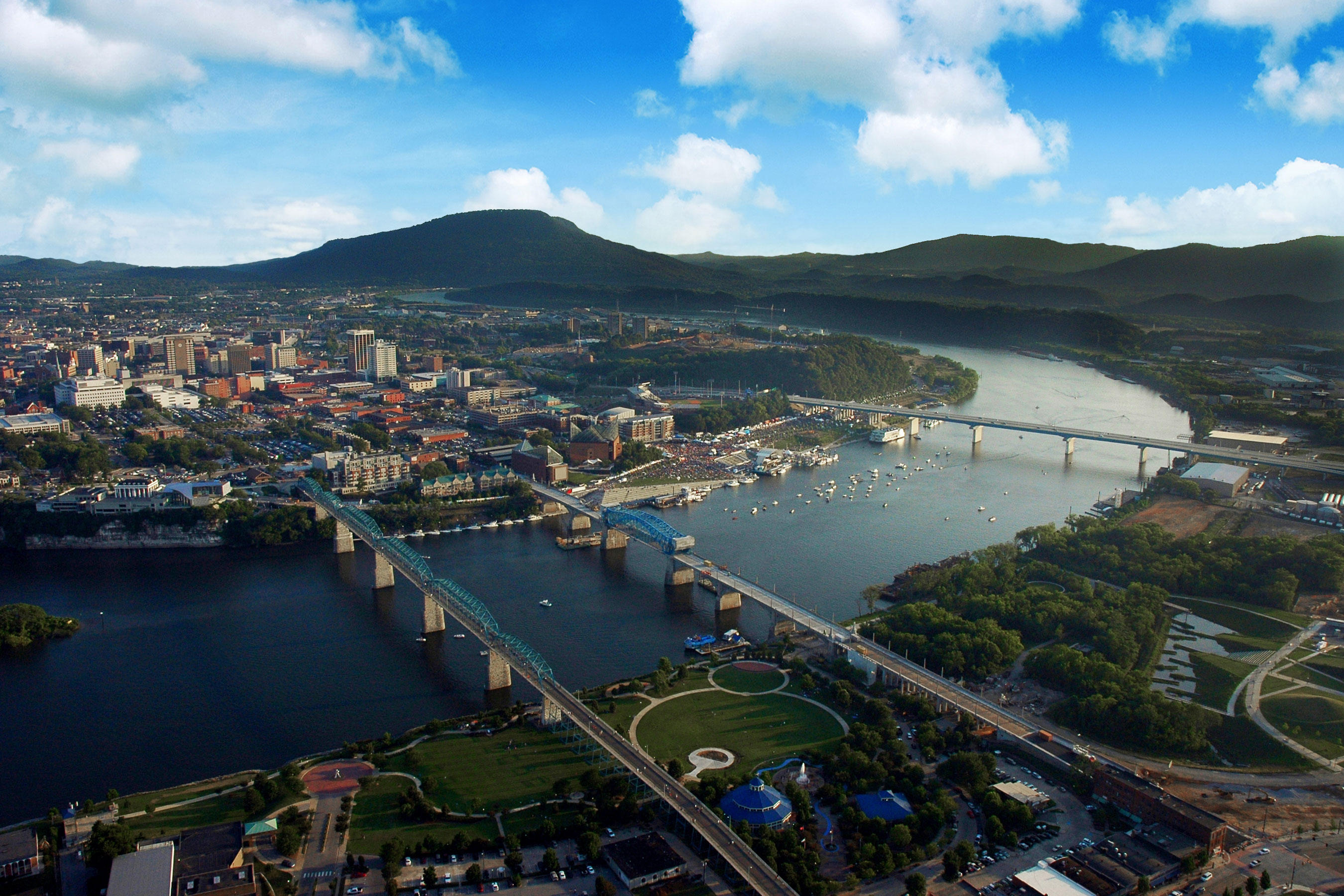 For Michiganders, Chattanooga is often is seen from afar or rather from a car. Motorists typically race pass this aptly named “Scenic City” on Interstate 65 en route to destinations in Georgia or Florida. Count me among the guilty parties. But this year I decided to slow down, put on the brakes, and get acquainted with Tennessee’s fourth largest city. After spending three delightful days there, I’m still kicking myself for not visiting it before. But as the saying goes, better late than never.

Three days are not enough time to experience all that Chattanooga has to offer but it gave me an ample sampling of its charms and delights. Let me fill you in.

Day One: After checking in at the conveniently located Staybridge Suites Downtown Hotel (more on that later), my wife and I decided to head out for lunch and a leisurely tour of a nearby section of downtown. For lunch, we opted for Tupelo Honey, a popular regional restaurant we first encountered and enjoyed last year in Knoxville. Once again, it didn’t disappoint especially when one’s thirst was quenched by a good local craft beer.

Next we sauntered around Warehouse Row, a restored area from the early 1900s with eclectic shops and boutiques epitomized by Rivival, “a purveyor of antiquities, home furnishings, luxury gifts and the most uncommon of goods.” And that quote isn’t website hype as I marveled at a large glass case filled with old smoking pipes with an equally eye-popping price tag of $3500. But I had to concur with the words of one nearby customer speaking to the store manager: “I find stuff here I can’t find anywhere else.”

Next we got in the car and traveled a short distance to the Fort Wood National Historic District, a leafy neighborhood of 106 buildings reflective of Chattanooga’s wealth and prominence from the 1880s to the 1920s. In the Queen Anne, Tudor Revival and Romanesque Revival styles, many of these homes, once in terrible decline, have been handsomely restored as the neighborhood has regained its luster. Under pleasant skies, it was an ideal area for a short walk and step back in history.

After settling back in the hotel and relishing some complimentary “happy hour” food and beverages, we made plans for the evening. We opted for The Comedy Patch, a well-regarded comedy club only a 10-minute drive from the hotel. It was a good choice as Josh Blue was performing. Blue is best known as the winner of NBC’s Last Standing Comic Standing program in 2003 when he brought down the house with his hilarious takes on being someone with cerebral palsy. The Comedy Patch suffered a similar fate that evening and it was packed with Josh Blue devotees. A few examples of Blue’s quirky and infectious humor: (About witnessing the birth of his son) “I can’t believe I’m responsible for something so beautiful. Heck, I can’t even make a birdhouse!” And later taking a twist on a favorite inspirational saying: “When one door closes…it usually locks behind, you so go to the next house!” Okay, so maybe you had to be there. But go see Josh Blue next time he comes to town. 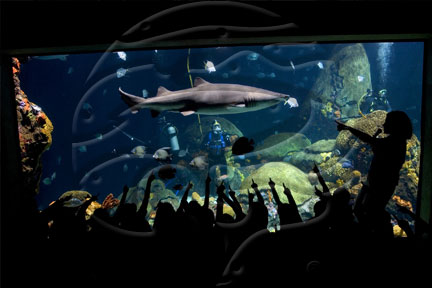 Day Two: We reserved this day for two of our most anticipated attractions, the famed Tennessee Aquarium and the Chickamauga-Chattanooga National Military Park. Simply put, the Aquarium is one of the best in the country and should not be missed. Thoughtfully designed and built downtown on the banks of the Tennessee River, the attraction consists of two enormous buildings, Ocean Journey and River Journey. Each commands several hours of rapt attention due to the rich and lavish displays of exhibits and diverse specimens. A highlight of the Ocean exhibit was a morning talk by a volunteer diver while he was in scuba gear and inside the huge glass tank (700,000 gallons!) teeming with sea life, including sharks, stingrays and giant sea turtles. Equally entertaining were a penguin habitat, marvelous jellyfish displays, and even child-friendly petting pools staffed by friendly and knowledgeable docents.

River Journey was also captivating as it wonderfully weaved a walking narrative about freshwater creatures and habitats from the southeast section of the U.S. and from the around the globe. We loved the playful otters who always know how to steal the show at the Journey’s start. And there were terrific exhibits of freshwater specimens with giant catfish, gars, cuttlefish, frogs, alligators and sturgeons. A favorite exhibit near the Journey’s entrance was a tank filled with tiny seahorses less than an inch long.

After spending several enjoyable hours at the Tennessee Aquarium, it’s no surprise it’s become one of the state’s most visited sites, attracting over a million visitors annually. As importantly, it helped revitalize Chattanooga’s downtown area, creating an economic catalyst for the community.

Next we visited Chicamauga National Military Park, the nation’s first national military park in 1895. Predating Gettysburg by five years, this park is a treasure trove of history, monuments and educational exhibits about one of the Civil War’s bloodiest’s battles. We were fortunate to have Christopher Young as our most knowledgeable and engaging park ranger and guide. 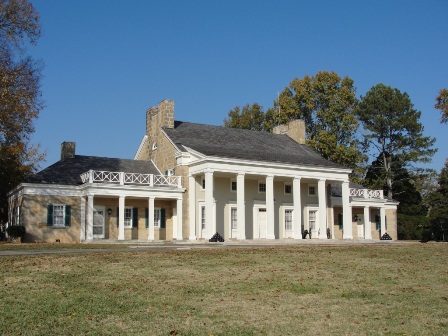 The Visitor Center at Chickamauga Battlefield

Blessed with a gift of lucid story-telling honed by a love of Civil War history since he was 12, Young expertly provided an overview of the battle first in the Visitor Center and again later on a brief tour of the battlefield itself. Most compelling was Young’s story about the battlefield death of Confederate Brigadier Gen. Benjamin Hardin Helm. Helm was married to Mary Todd Lincoln’s half-sister Emilie. Following Helm’s fatal fall at Chicamauga, President Lincoln and his wife went into private mourning at the White House where they were later joined by Emilie who was granted safe passage to D.C. Think about it: the White House in mourning an enemy combatant’s death. As Young said, “Such events epitomized the tragedy of the Civil War and how families were torn asunder by the conflict.”

The Visitor Center at Chickamauga is open daily (except Christmas) and offers exhibits, a bookstore, a 23-minute film and the fascinating Fuller Gun Collection, a magnificent firearms collection.

Day Three: Although an activity better timed for earlier in our visit, we took an informative 90-minute city sidewalk tour by Chattwalk Tour company. Ably led by owner Carlton Thomas, the tour provided wonderful insight into the city, touching upon its history, culture, architecture and commerce. This is highly recommended for history or even walking buffs, casual or otherwise.

Unfortunately, the famed Hunter Museum of American Art was closed due to weather factors so we called an “audible” and, taking a cue from Thomas, took a leisurely drive out to the St. Elmo Historic District located at the foot of Lookout Mountain. With many buildings and homes preserved since the early 1890s, the area became a desirable residential area when residents fled the city in 1878 due to a yellow fever epidemic and later due to the development of the national military parks. It’s also where in 1895 the Incline Railway, billed as the world’s steepest passenger railway, went into service (and is still running today) to take residents and visitors up the mountain.

Eshewing the railway, we drove up the mountain and marveled at not only the spectacular scenery, the monuments and Point Park, but also the impressive residential area of lovely homes, many with ethereal views.

Briefly: In terms of dining and restaurants, our two favorites were 212 Market near the Aquarium and the Terminal Brewhouse also in the city and a short drive from our hotel. For a quick lunch on our way to the Chickamauga battlefield and thanks to TripAdvisor, we discovered Roy’s Grill in Rossville, GA. Opened in 1934, Roy’s in an authentic and now nicely restored diner with engaging and friendly service and good food. 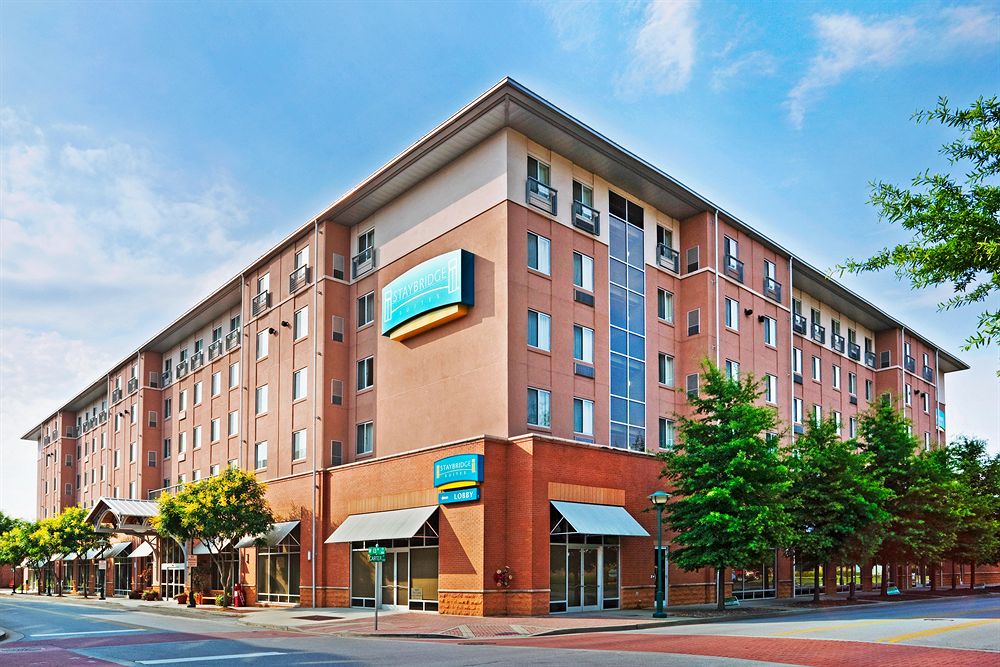 Accommodations: We couldn’t have been happier with the Staybridge Suites Downtown Hotel. It provided free and ample gated parking, a spacious and clean room with a fully stocked kitchen, an excellent work space with desk and wi-fi, flat screen HD TV, and comfortable beds. For amenities, the hotel offers a small but well-equipped fitness center, an indoor pool and a business center with computer stations and printers.

In addition to the on-site guest self-laundry service, I was also impressed with the efficiency and quality of the complimentary breakfast served each morning. The selection, cleanliness and food preparation were laudable. In a spacious, well-furnished area just off the main lobby, the dining space was a great spot to read a morning newspaper and plan out one’s day. In a nice touch, this area also boasts an inviting Sundowner’s Reception on Tuesday-Thursday beginning at 5:30 pm, providing free appetizers and drinks. It was a popular gathering spot during our stay.

Being next to the Convention Center, the hotel naturally attracts the business and conference clientele. But I noticed a nice cross-section of guests, including several young families visiting the city for the Aquarium and the Children’s Museum.

If you’re planning to stay in Chattanooga for three or more nights to better experience the city, then an all-suites hotel like the Staybridge is a smart and affordable choice.

Despite being rudely greeted by six inches of snow (take that, Michiganders!) on the morning of our departure, Chattanooga exceeded all our expectations for its attractions, scenery, friendly atmosphere and ease for getting around.  Back on I-65 and looking at the city skyline in the rear view mirror, I paraphrased some pithy words heard earlier in the week.

We found stuff here you can’t find anywhere else.

Due to unseasonably cold temperatures, I wasn’t able to play or even tour any of the area public courses. However, I consulted a local expert and fellow member of the Golf Writers Association of America, David Uchiyama, the respected golf writer for the Chattanooga Times Free Press.

Uchiyama suggested the following: 1) Bear Trace at Harrison Bay, a scenic Jack Nicklaus design that’s part of the Tennessee Park system and only a half-hour’s drive away. 2) Sweetens Cove, a little gem also located 30 minutes from downtown, that supposedly rivals Michigan’s Dunes Club as the preeminent nine hole course; 3) The nine-hole The Course at Sewanee—The University of the South—has been renovated by renowned architect Gil Hanse, who designed the new championship course for the Rio 2016 Summer Olympics. It’s a 50-minute drive. 4) Only 12 minutes from downtown, the city-owned Brainerd GC was designed by Donald Ross although there’s no evidence he ever actually visited the property; A great bargain; 5) Nob North, a thirty-minute drive over to Cohutta, Georgia, is a Gary Player design that’s hosted several state high school championships.