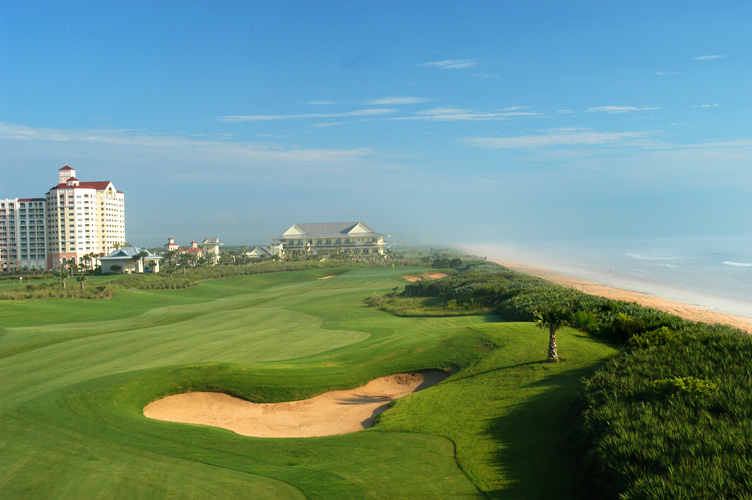 The Ocean Course sits on some of the most prime real estate in Florida golf.

The Ocean Course at Hammock Beach Resort, originally called just Ocean Hammock, surprised a lot of people when it opened in late 2000. One reason was that six holes touched on the dunes running along the Atlantic, something almost unheard of in Florida anymore.

The other was because Jack Nicklaus and Nicklaus Design had built what was unquestionably a big, sculptured yet completely playable golf course, playability not something for which they’d been typically known. I’m not sure if this is the project that signaled the Nicklaus turn toward more sympathetic, artful design, but it’s the first one I recall.

The course was much more memorable the first few years when the experience was just the player, the wind, the saw palmettos and the sound of the ocean. Now the surrounding Hammock Beach resort development is nearly built out and the sense of nature is choked out by the sense of concrete and stucco.

My favorite hole, the par-3 8th playing toward an elevated green benched into the dunes, was once the most sublime. Now its a theater for the adjacent homes and condo unit, as well as the eye of Sauron towers in the distance. 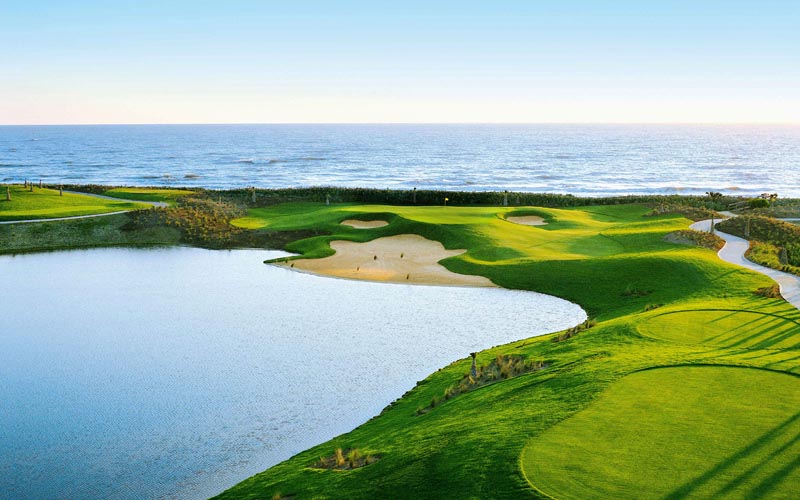 Wind is a major factor at the par-3 17th as it cuts back toward the ocean, but the hole sits below the dunes and the sea isn’t really visible from ground level.

Curiously, what’s most striking about the Ocean Course is not the ocean but the shaping, the easy curve and contour of the green complexes and bunkers. It’s a precursor to Nicklaus’ beautiful 21st century work at places like May River where everything ties together to achieve a sense of flowing continuation and where recovery shots aren’t so black and white.

While its hard to compete with seaside holes (though its hard to see over the high, heavily vegetated dunes), interior holes like the par-4 3rd with a raised bunker complex performing a mini Alps-like role in front of the green and the cool little par-4 11th with a bunker splitting the prime landing area can make you forget you’re playing away from the property’s best parts. 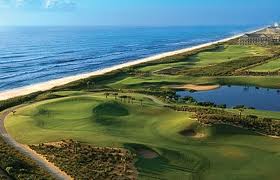 The 15th, in the foreground, is a monster, playing uphill into the whims of the wind.

The 9th and 18th get a lot of attention, two powerful par-4s that run in colliding directions parallel to the beach, but they’re basically just big, wide open brutes. Better is the 450-yard 15th, a brute of a different sort playing straight out and uphill toward the ocean. Anything coming up short of the exposed green in the crosswinds will roll 30-yards back downhill. (89)