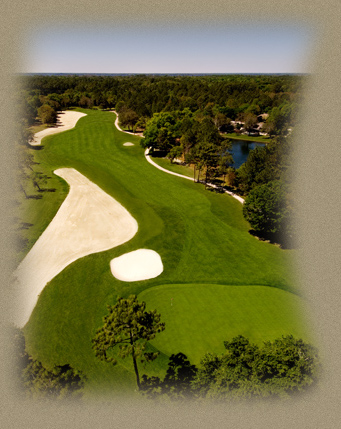 The Champions Club at Julington Creek is the kind of course that’s hard to say much of anything about, good, bad or indifferent. Well, maybe indifferent. It’s basic, competent Jacksonville golf, which is to say it’s flat, roams enormously through a development, features a good bit of water and a few wetland crossings, and has virtually no character. Two different architects designed the two nines (I believe Melnyk, who at last check owns the course, did the second but don’t hold me to that), and the holes are each solidly designed if taken individually.

The second nine is unwalkable with long stretches between most of the holes, particularly 16, 17 and 18. The 15th, between 288 and 327 yards depending on the tee, would be an excellent short par-4—easily the best hole on the course—if the shallow green were angled the opposite direction. As is, it’s oriented toward the fat part of the fairway so there’s no need to challenge the big bunker on the left, and conservative drives rather than brave drives get the advantage of a straight pitch into the length of the green. (78)

The Champions Club at Julington Creek