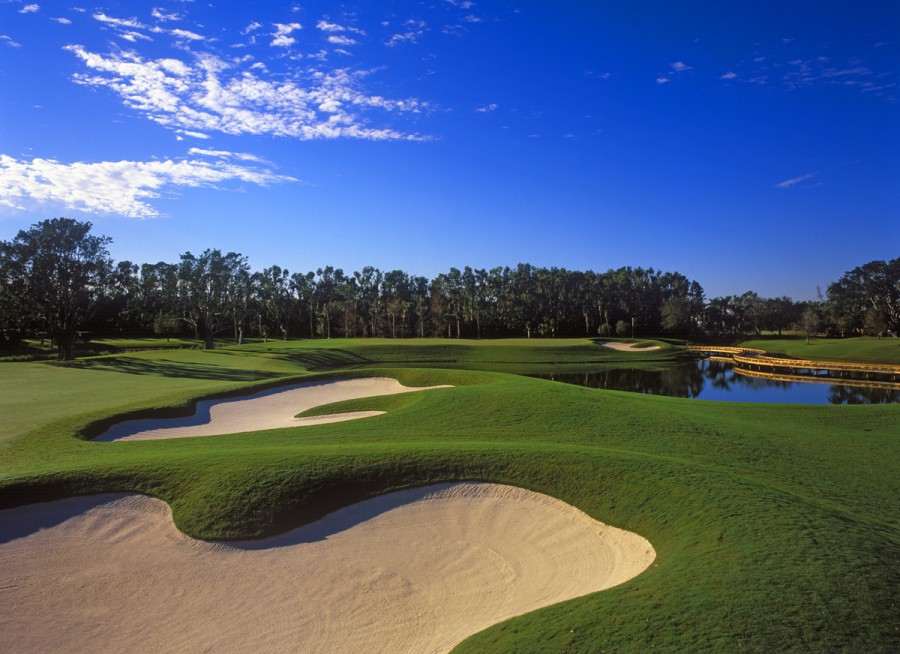 The par-4 13th green is like many at The Breakers Rees Jones Course, hanging out over water and testing how courageous you’re feeling. (photo: reesjones.com)

Outside of his courses in New York, maybe, Rees Jones is probably better known for his work renovating and prepping courses for major championships than he is for his original designs.

He earned the moniker “The Open Doctor” (his father, Robert Trent Jones, was the original Open Doctor) for his renovations of courses like The Country Club, Pinehurst No.2, Bethpage Black, Torrey Pines (South) and Congressional for upcoming U.S. Opens, as well as Hazeltine, Baltusrol, Atlanta Athletic Club and others for PGA Championships. He’s the designer of record at the TOUR Championship’s East Lake course, and has redesigned numerous other clubs for TOUR events and Ryder Cups.

The takeaway is that when he’s got an established, high quality platform to work off and a clear directive, he operates at the highest level.

Those who read these pages will know I’m not a fan of most of Jones’s original designs, so maybe it’s no surprise that one of the more enjoyable products I’ve seen from him is also a remodel of an existing course. 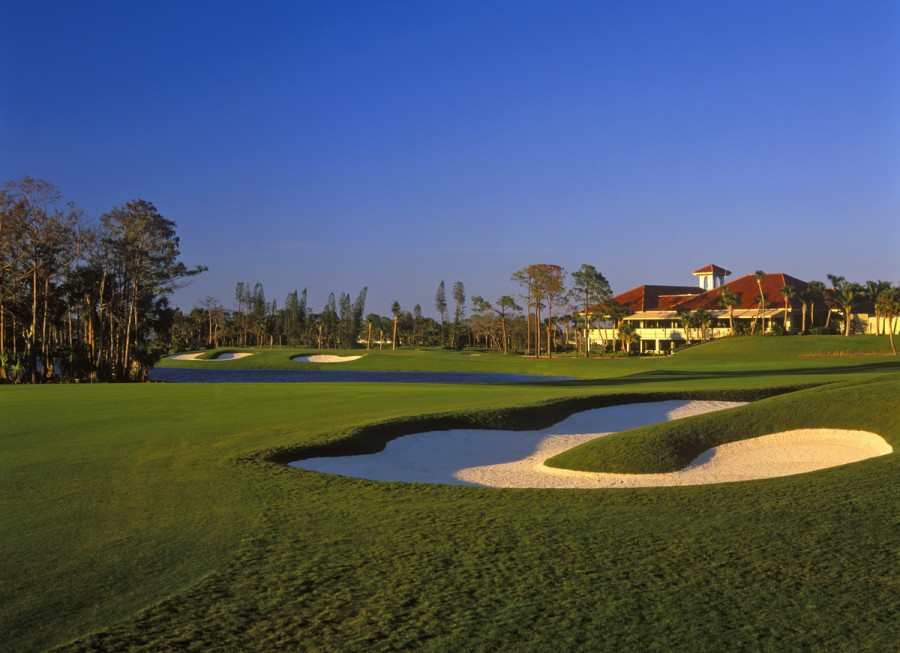 The par-4 9th is another example of pin positions becoming increasingly hazardous as they move farther away from the bailout toward the water. (photo: reesjones.com)

The Breakers Rees Jones Course is a major reworking of Willard Byrd’s 1968 Breakers West course, sitting a few miles inland from the resort’s oceanfront location. When Byrd built the original course it was routed through the dense Everglade wilderness, which is South Florida’s natural state. Inoculated from civilization, it must have been a stimulating experience, a heart of darkness departure from the resort’s gilded Ocean Course.

By the time Rees Jones was hired in 2003 to revamp the layout, there was almost nothing to distinguish it from a dozens of other nearby residential developments surrounded by homes and lakes. A proper revving up was called for.

Team Jones let loose with a heroic design that would have made RTJ the Elder proud. Using the playing lanes Byrd created, the design shows a suppleness of left-right hole movement not common in a typical Rees Jones product. 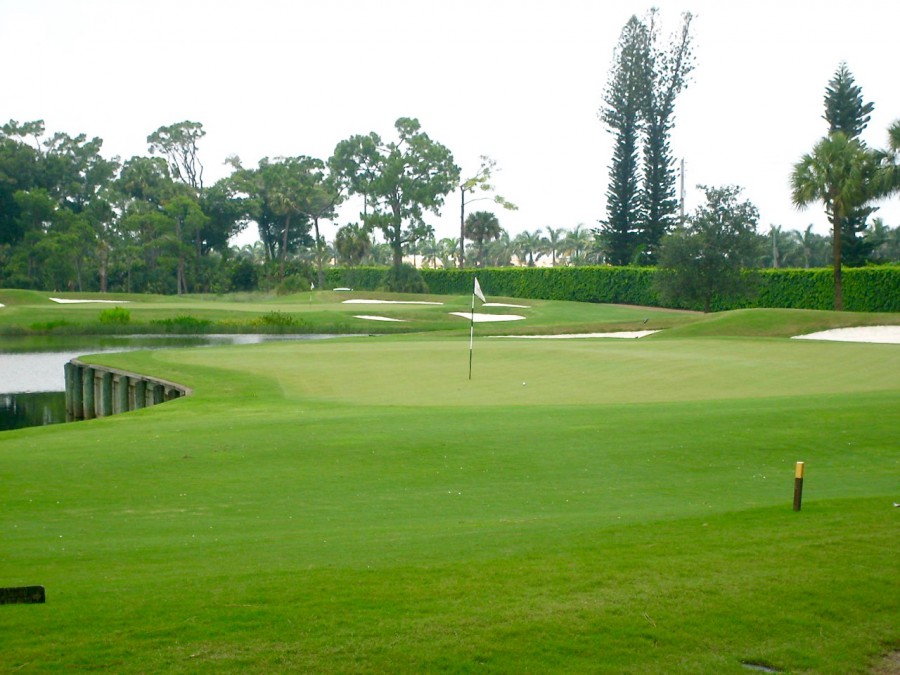 The small green near water on the par-4 2nd is an intimidating target, especially on a 440-yard hole. The par-3 3rd is in the background.

On these bones the designers went to work (Steve Weisser is listed as co-designer) adding new bunkers that push fade or draw tee shots and others that frame and bracket greens. As is common in their work, the bunkers are set well below the putting surfaces, creating difficult high-low up and downs on misses.

More significantly, eight greens are perched over or angled against the numerous ponds and water hazards found throughout the development, forcing approach shots to take on the pin or bail out short or to the side of the green.

The most serious of these tasks is the 455-yard 9th, requiring a carry to a wide fairway and another long second shot over water into a fortified green. There’s also nice balance of short- and medium-length par-4’s like the 13th and 15th that put the aggressiveness quotient in the player’s hands.

The par-5’s show nice elasticity for such a flat site, with different options for direction and distance (the 10th is a poor man’s version of the 18th at PGA National). And I give props to Jones for showing some flexibility by going with (or keeping, not sure) the 35-37 par configuration. That unorthodoxy had to hurt a little.

Speaking of…I’ve said before there’s very little architecturally that distinguishes Florida’s best known tournament courses like PGA National, Doral and Bay Hill from a half dozen other courses nearby them — they just have the name brand and sponsors. With the bunkering, the presence of hazards and the shape shots of the holes, the Rees Jones Course could easily supplant or fill in for any of these.

That speaks to the sad ubiquity of this kind of golf in South Florida, but also to this course’s strengths and bona fides. It’s probably (definitely) not “one of the premier golf experiences in the Southeast” as the marketing material claims, but it’s a good course and a step up from so much else that you get around here. (87) 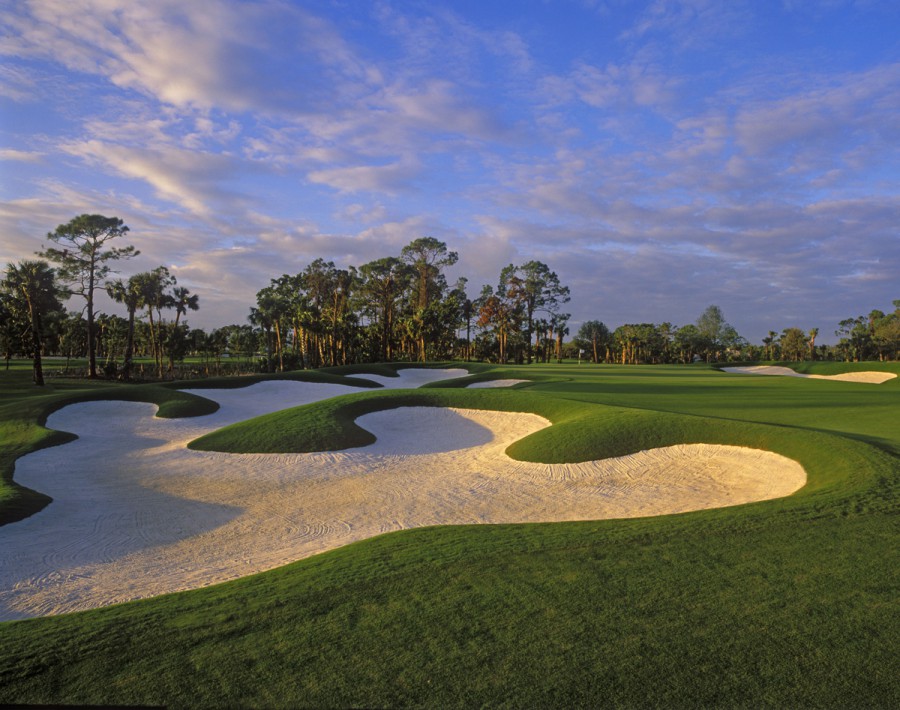