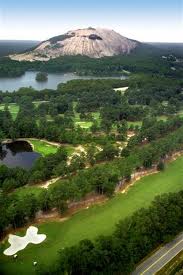 There’s nothing wrong about the setting.

I’d love to be able to give the Lakemont Course at Stone Mountain Golf Club a higher score—parts of the property, in Georgia Stone Mountain Park, are quite beautiful, including five of the first six holes along Stone Mountain Lake with views of the big granite rock’s famous Confederate carving. There’s also no housing, and Marriott’s involvement has greatly stabilized both courses’ operations (the other being Robert Trent Jones’s 1969 Stonemont Course). But the routing and land is just ridiculously bad.

The first hole–make that the first shot–calls for a forced carry over an inlet of the lake into the sideslope of a shallow fairway creased with a cart path, followed by a blind second shot. The sharp curvature around water on the par-4 6th hole prevents a drive longer than 170 yards, and even that might end up blocked out by trees. And the greens at the 7th and 8th, a par-5 and par-3, respectively, are side by side. Figure that one out.

The distance between the 9th green and the 10th tee is literally half a mile if not longer and makes the notion of walking an otherwise walkable course impossible. Part of the reason for this is that, under the current configuration, the club wanted to keep the original Trent Jones nines together, and LaFoy had to build his nines on the extreme two ends of the available property–not LaFoy’s fault but the result is ridiculous. 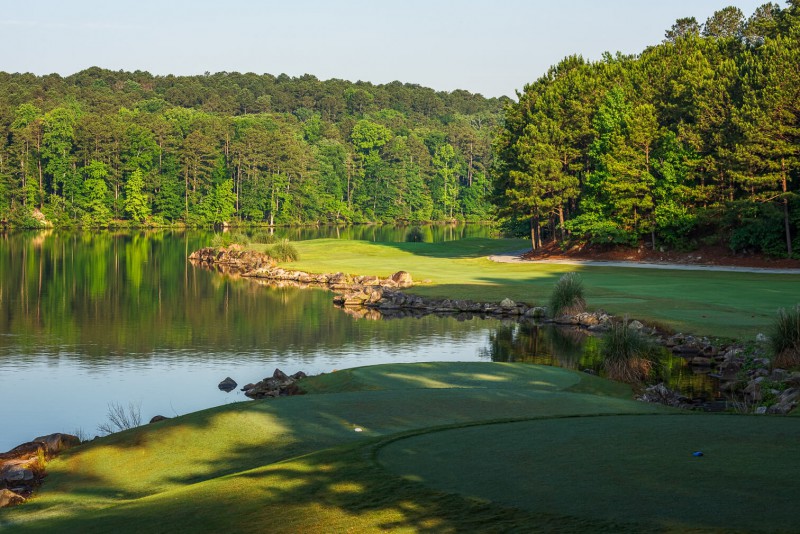 If all you care about are nice lake views, Stone Mountain’s Lakemont course will be very pleasing.

Several holes feature terrain too extreme for good golf (9, 12 and 14). And the little par-4 11th that bends 90-degrees around a quarry is just stupid—it should have been made into a pretty little par-3, dropping the par to 72. I want to be careful in my criticism because I’m not sure what else LaFoy could have done given the situation, but its hard to believe there weren’t better solutions to the challenges here. (78)

One Response to “No Good Choices at Stone Mountain Lakemont Course”