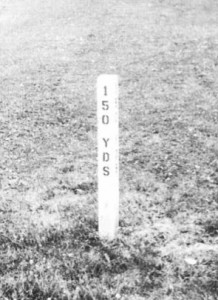 Imagine a time when you had to go to a library or bookstore if you wanted to decipher an obscure reference, self-diagnose a child’s illness or recall a certain line of poetry, or when our voluminous dictionaries and encyclopedias were physically anchored to our dens and we plotted our travels on fold out maps and unruly atlases. The Checklist doesn’t even remember how we went about getting a song lyric or the name of the ubiquitous character actor from the second act of last night’s campy thriller.

Now of course we can get these answers and anything else instantaneously even while riding the metro or sitting on the toilet. The digital age has brought about a certain sense of intelligence entitlement–we’ve gotten a bit spoiled when it comes to information.

There’s a category of golfer who’s also a bit spoiled when it comes to information. You know him–the one that’s obsessive about the exact specs of his clubheads and shafts, that talks about the launch angle and ball speed off his driver, the one who demands the exact yardage and carry distance for every shot.

There’s nothing inherently detrimental about this type of player. Indeed, entire industries have sprouted up to support him (or is it the other way around?). It just seems to us that, at least in golf, there is such a thing as too much knowledge, or at least too much knowledge gotten too easily.

What’s lost in the quest for precision is the sense of intuition and the ability to deduce. We used to play golf largely by feel, using our eyes, feet and experience to solve the riddles of the land and the shot. Now we react to what’s on the digital screen and barely consult our brain.

The Checklist grew up playing courses where shrubs signified the 150-yard marker. The only other yardage indicators were the occasional concrete discs in the fairway–red, white and blue–spaced at 50-yard increments and there was never a pin sheet. Figuring out the rest of it, as they say, was up to us.

Today we’re disappointed if even one sprinkler head has had the yardage number kicked off. We rarely see players walking off their distances, largely because so many tote ever more sophisticated GPS devices–some of them on their phones, no less–that spit out exact yardages to pins and bunkers. And don’t even get us started on the lost art of a good caddy culling a distance by course knowledge and a yardage book rather than hoisting a range finder to their face. 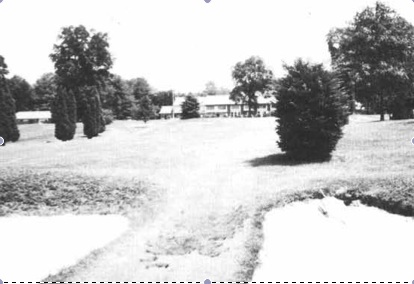 We don’t begrudge the player in our foursome who must know whether the shot is 162 or 166 yards. We just doubt that it makes any difference, and think he’s kind of a bore. But the farther down the digital information path we go the further we get from one of the fundamental joys of golf, the challenge of thinking and intuiting our way around the course.

You can even keep sprinkler head yardages and those 150-yard barber poles in the center of the fairway that subconsciously encourage you to hit it down the middle rather than play for the best angle. Just give The Checklist a good 150-yard bush, a few blades of grass to toss in the air and our eyes and feet, and let’s see who hits it closer to the pin.