Question: What’s the closest, most satisfying shave you’ve ever had? Was it from a Norelco? With the bizarre-looking neon-colored disposable that came with your Sunday paper? No, it was probably the time you went into that narrow, mirrored shop off 52nd Street and the old guy who stores his combs in jars with blue fluid went to work on your beard with hot towels, a leather strap and a long switchblade.

But you can’t do what he does—you lack the artistry, the touch, the equipment—so where to go? Electric? No, seriously. More blades. How many? Three, four, even five blades to try to get where he went with just one?

The Checklist knows there’s a point of diminishing returns when it comes to shaving and disposable razors. More is not better. We recently spent six months with the Gillette Fusion, a cumbersome five-blade contraption with $3 refill cartridges. The Fusion produces a clean shave, yes, but not one significantly better than razors at a fraction of the price.

In fact, maxi-multi-blade razors rarely improve upon the simple and swift whisker remedy of the old 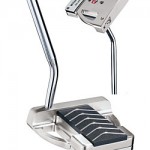 workhorse, the twin-blade razor. Quick, effective and economical, a good twin blade gets the job done just fine, and without any unnecessary frills.

Four- and five-blade razors scrape and dry out your skin without significantly improving your shave. Single blade razors cut and are inconsistent. The twin blade, meanwhile, marks the tipping point in DIY shaving. It takes an original idea—the disposable razor—makes it better, and then stops before things get silly.

We particularly like the Schick Slim Twin 2. The thin, lightweight head offers maximum 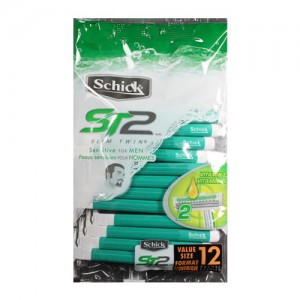 maneuverability and a shave as smooth as anything on the market. And at roughly 50-cents a razor, there’s no guilt in tossing it out after only a few trips across your stubble.