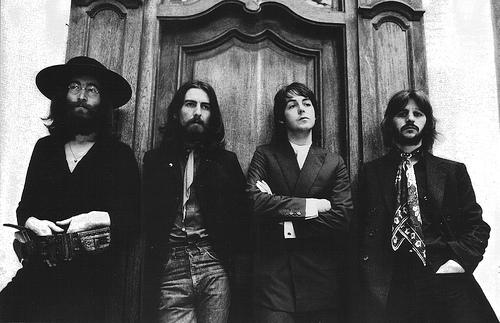 Hemingway, we think, said that everyone should read Huckleberry Finn three times: once in adolescence, once in early adulthood, and once later in life. The book reveals itself in different ways to different ages, and its themes deepen and mature along with the reader.

What’s true for Huck Finn is also true for the Beatles. While it’s easy to take them for granted, if you haven’t listened closely to the Beatles recently, do it now. Their music is invigorating, inventive and as relevant now as it was groundbreaking in the late 60’s. Once you get into the nooks and crannies of each record it’s amazing how well it holds up to contemporary sounds and artists,  enlightening to trace their lines of influence. 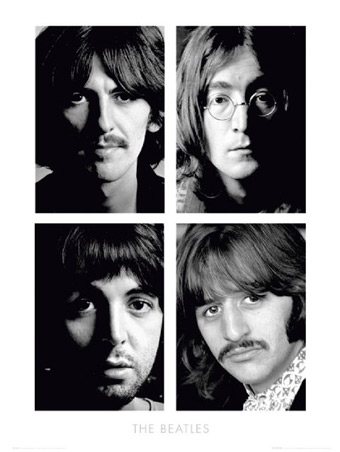 We realize that suggesting you listen to the Beatles is like recommending you salt your food. But perhaps, like the Checklist, your Beatles development was stunted by a father who insisted they stopped making good music after they went “psychedelic” somewhere around 1966 (“Lucy in the Sky With Diamonds” is after all an acronym for and an endorsement of LSD, right? Bad!), or by a college roommate who drove you far away from them by playing the Sgt. Pepper CD on a continuous loop interjected only by brief bursts of Bobs Dylan and Marley and Cat Stevens.

In spite of what dad says, and in spite of some nice guitar riffs by George Harrison on the early songs (especially “Please Please Me”), it is their music from 1966 onward, in fact, that continues to be not just revolutionary but fantastically alive.

The transformation away from the early, poppy two-minute and fifteen second love songs—“From Me to You,” “She Loves You,” “All My Loving”—begins on Rubber Soul (put the headphones on and listen to “Nowhere Man,” the apotheosis of their early harmonizing arrangements; the song is so layered with vocal tracks they realized they couldn’t properly play it live and soon stopped), but really takes flight on 1966’s Revolver.

Revolver’s range of orchestration is stunning, highlighted by the horn section on “Got to Get You into My Life,” the melancholy strings on “Eleanor Rigby,” Paul McCartney’s clavichord and horn arrangement on “For No One” and Harrison’s sitar woven

Though overrated, 1967’s Sgt. Pepper’s Lonely Hearts Club Band has several monumental moments like “A Day in the Life”, and side two, if we can use the term in the digital age, of late ’67’s Magical Mystery Tour is heartfelt and infectious (inc: “Hello Goodbye,” “Penny Lane” and “All You Need is Love”).

The second half of 1969’s Abbey Road, with its short bursts of song and melodic transitions, is the Beatles at their creative peak. “I Want You (She’s So Heavy)” is thick and bluesy and would fit easily into an early Led Zeppelin record, while the changing tempos and bridges of “You Never Give Me Your Money” and the “Golden Slumbers/Carry That Weight” coupling set the groundwork for progressive songwriting and rock anthems in the 70’s up through today. 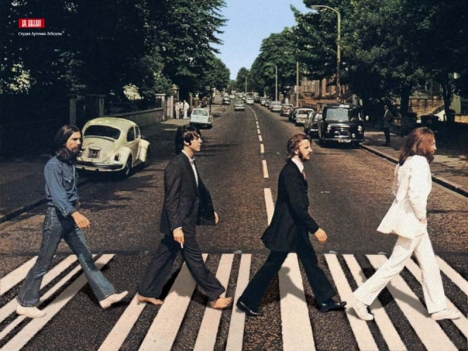 What we learn from revisiting the Beatles is that after all this time—40 years later—nobody still has done rock as originally or as well. It’s cliché to call the Beatles genius, but there’s really no better word. Go ahead, re-indulge in their later works (sorry, dad), and if you’ve somehow overlooked or taken them for granted, get thee into the nearest Rubber Soul or Revolver and proceed from there. Now.