CHICAGO, IL, April 1–Hot on the heels of the U.S. Supreme Court’s action in striking down the city’s ban on handguns, the Chicago Golf Club has announced that it will supply its course rangers with revolvers in an effort to speed up play. Established by legendary architect Charles Blair Macdonald as the nation’s oldest eighteen-hole course in 1893 (though redesigned by Macdonald disciple Seth Raynor in 1923), the Wheaton course has recently been plagued by long waits for those stuck behind some of the older members.

“We feel we’ve always been on the cutting edge,” said Frieda Stones, club manager. “After all, we admitted our first African-American member in 1993, and our first full female member in 2001, so we like to think we look forward as well as back.”

But referring to the club’s traditions, Mrs. Stones observed, “Charles Blair Macdonald was of an age when rounds were speedy affairs, and caddy flogging was still in vogue. We think he would have been appalled at the lethargic pace some of our members have adopted out on the course, and would applaud our proactive solution.”

While the exact firearms policy is still to be worked out, Stones assured members that rangers will not be encouraged to shoot to kill, at least at first. “We expect that firing a few divot-raising rounds at players’ feet should get the message across.”

GOLF JOURNALIST SHUNNED BY COLLEAGUES AFTER ACTUALLY PAYING FOR ROUND

WESTFIELD, MA, April 1–Daniel Carter, a freelance golf journalist who plunked down a mere $15 to play an early season round at the East Mountain Country Club in Massachusetts, is discovering just how costly that round has become.

“I’ve basically been shunned by all my golf writing ‘friends’ for going against the code and paying for a round of golf,” said Carter. 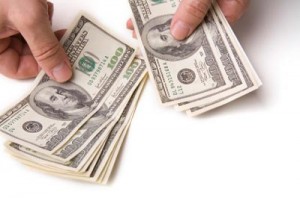 Syrus Cophant, membership director for the Golf Writers Association of America, said, “I just don’t know what Danny was thinking when he put his hand in his pocket. True, it may be an unspoken rule, but actually laying money on the counter for a round of golf is a pretty serious breech of protocol.”

While no official records are kept, one ING official who asked to remain anonymous said he thought Carter’s transaction was the first time a golf journalist had paid for a round in 27 years.

Here at The A Position we’re given a topic to address (or not) each month for The A List feature, and last year around this time–same day, actually–some truth stretchers were called for. Click here to see what my colleagues came up with, or here to check this year’s version.

I didn’t do one for 2011, as I was in Washington consulting with President Obama, discussing possible ways to provoke legislation outlawing cart path only golf courses, while drinking all the homebrew he’s been making lately.

2 Responses to “To Combat Slow Play, Firearms Issued to Rangers”