Take two golf-obsessed high school seniors wondering what to do after graduation, set them out on the road with their enthusiasm, naiveté and low handicaps, and what do you get? 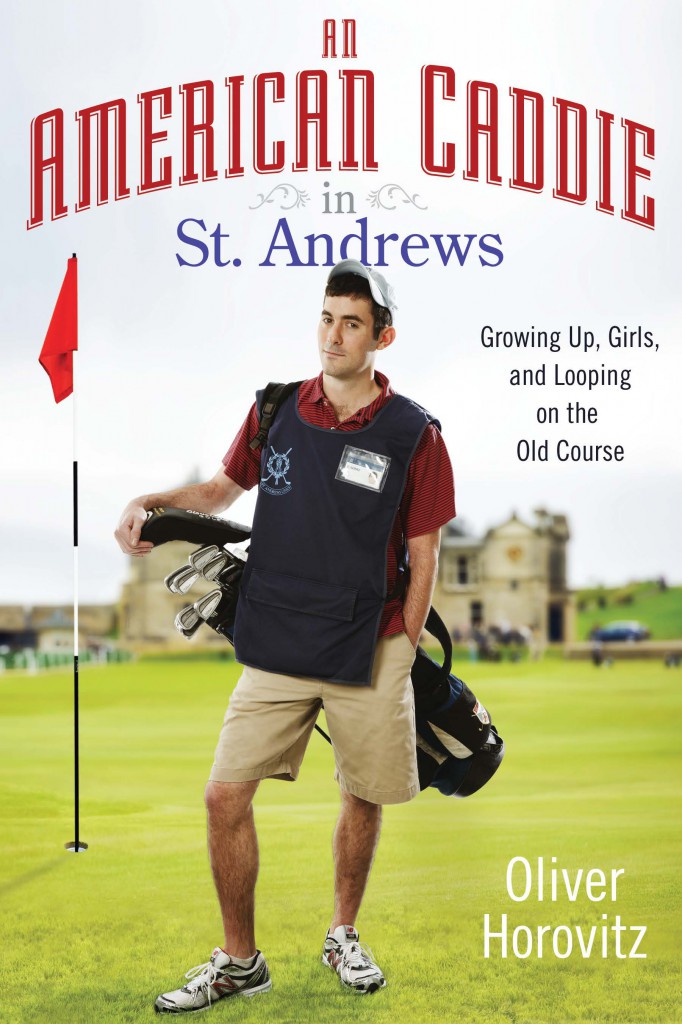 Two similarly entertaining yet quite different coming-of-age narratives, with golf. In An American Caddie in St. Andrews (Gotham Books, $26), Oliver Horovitz describes a span of years spent caddying, largely on the Old Course. Dylan Dethier’s 18 in America (Scribner, $25), recounts his year on the road playing at least one course in each of the lower 48 states.

Now wily with experience, vaguely remembering being young once, I recognize the sagacity in the old saw that youth is wasted on the young. How many of us ponder, if we had it to do all over again, different choices, the roads not taken?

What’s appealing about both these young authors is that at a certain point they made choices to go for it—and the books are the reports on how it all turned out. Luckily, both can write surprisingly well, with ample self-deprecating humor.

Horovitz has several advantages over Dethier—his book arrived first, writing is in the genes (his father is playwright and screenwriter Israel Horovitz), and the greater time span allows for a few more crisis to rise and be resolved, or not. And at its heart the book is a love story.

We meet the young Horovitz shortly after graduation in 2003 facing a gap year—he has been accepted to Harvard, but not until the fall of 2004. He fills the year at the University of St. Andrews with typical student life—including a student links ticket allowing him unlimited play on Links Trust tracks, meaning an almost daily round on the Old Course.

As the term nears its end Horovitz casts the die by enrolling in the Old Course caddie training program. As with any trainee, but particularly a young American trainee, Horovitz is about as welcome in the caddie shack as malaria.

His rookie mistakes, excessive chatter and stepping on the figurative toes of the veteran caddies get things off to a humiliating start, all under the fearful eye of dreaded caddie master Rick Mackenzie. But by a relentless schedule of double loops and gradually learning the ropes, the day finally comes—some 40 rounds and some 40 pages into the book: Mackenzie removes Horovitz’s trainee caddie badge and shakes his hand: “`Mmmmmm, you’ve done well,’ he says, almost reluctantly. ‘Now don’t fook everything up.’”

Horovitz wisely looks at the next four years through a reverse scope—compacting his university years at Harvard (majoring in film) into single chapters while concentrating on his adventures, or misadventures, in returning to the caddie shack in Scotland. 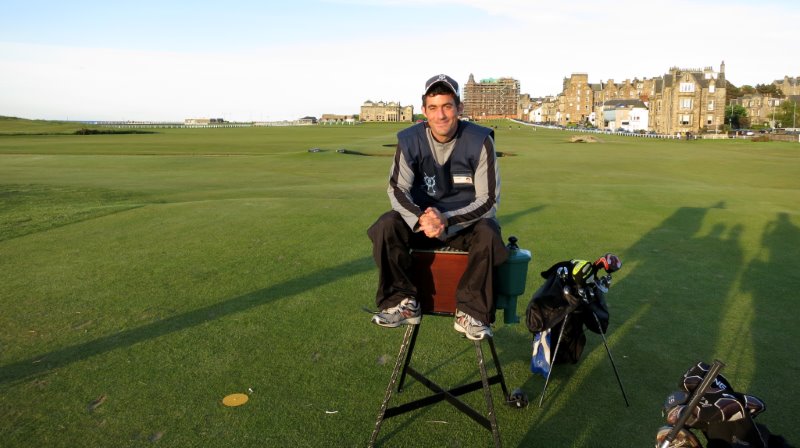 Oliver Horovitz on the Old Course (photo by Greg Savidge)

There are plenty—a surreptitious period of training gorgeous Model Caddies, an act that if discovered would have fooked everything up; a summer of trying to complete a student film project on the caddies while still doing his own looping; a thwarted love affair with a Parisian (the book’s subtitle is “Growing Up, Girls, and Looping on the Old Course”).

The book is a valentine to the St. Andrews golfing grounds and the caddies who choose to spend their working lives there–as Horovitz still does, now dividing his time between New York City and Scotland.

Throughout his early years in St. Andrews Horovitz has one mighty ally in Ken Hayward, his maternal great uncle, who lived a drive and a wedge from the Old Course first tee. Horowitz writes about their weekly dinners and other get-togethers with a warmth that increases as Uncle Ken’s vitality decreases over time. This is the other love story in the book, a poignancy ratified with the book’s dedication to Uncle Ken.

I frankly expected Dethier’s book to suffer by comparison, and that the book’s subtitle was larding it on: “A Young Golfer’s Epic Journey to Find the Essence of the Game.” But I was more than pleasantly surprised. Yes, his voice sounds younger than Horovitz’s, a bit more uncertain and the narrative more episodic. 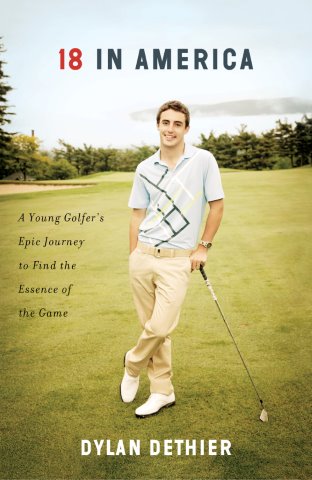 But then that was precisely the nature of his trip: seventeen-year-old leaves home in Williamstown, Massachusetts in the fall, aiming to play golf in every contiguous state over the next year. Pretty epic.

He has the goal, but not that much of a plan, perhaps less of an agenda. (One Alabaman he meets says he wanted to play with Dethier, “Because you’re not doing it for charity.”) Dethier thinks he knows why he’s going, but he’s not really that sure. How could he be? He’s seventeen.

He loves golf, but distrusts the golfing elite. He has his parents’ reluctant blessing and the family Subaru Outback, but not much money. He expects to sleep mostly in his car and “play the three-buck courses of the country, maybe some three-hundred-dollar ones too, and meet all kinds of Americans.”

And that’s just what happens. He begins his trip in a near fugitive mode, playing goat tracks at twilight and pilfering hotel buffet breakfasts by posing as a guest. He occasionally works out a bed and some meals through connections arranged by more than six degrees of separation.

Two days before he turns eighteen he takes a foolish hike into the Big Horn Mountains and almost breaks his sole rule for the trip: “Don’t die.” At an Indian casino he becomes dangerously addicted to blackjack and almost blows his entire stake. In Oklahoma he plays at the Muskogee Country Club, and survives a rogue snowstorm.

The nature of the trip changes after a USA Today article about him appears, and his email inbox begins to fill with invitations. Beset with typical ambivalence, Dethier doesn’t know quite how to take it: “[Now] I was closer to a guest of honor than a wandering vagabond—which either meant I had won the game or lost it.”

One article leads to other interviews, play at the very elite courses he eyed suspiciously but can’t help but admire, and a real mental tussle. 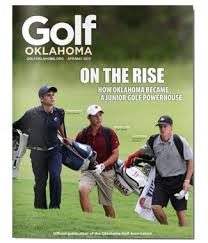 Dethier cover his own blue highways and uses the term from time to time. If no William Least Heat-Moon, he’s clear-eyed, sincere, and unsparing in revealing his own instances of arrogance, impatience or just being a moody teenager.

It’s a very American thing to do, hitting the road in search of America. Dethier’s discoveries may ultimately be more personal than emblematic, but his many envious playing partners across the country certainly agree he has a pair for even attempting the feat at his age.

The rest of us can join in through these pages, while trying to damp down our own envy.

This piece first appeared, in slightly different form, in the April-May 2013 issue of Golf Oklahoma.