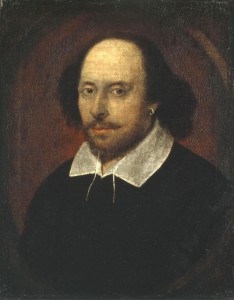 I belong to a Shakespeare group. Not a troupe, a group, which meets now and again to read through the plays with a minimum of analysis or histrionics and a maximum of snacks and fine beverages.

We’ve been together for years and have been through all the plays at least twice and most thrice. But we were still all a little surprised at a recent meeting, when Shakespeare himself showed up.

It was unquestionably him—the rounded forehead and highly receding hairline, his locks long on the side, the pencil moustache and pointed goatee. He went into some kind of explanation about his words making him immortal, and something about the time/space continuum, but I had run to the kitchen to get an ale and missed the details.

Everyone else seemed to gladly accept his presence, so I didn’t want to be rude and press him. Besides, he had some keen insights into the plays, and dished up some juicy backstage-at-the-Globe gossip. 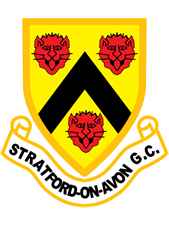 I was struck by his modern dress, however, and the logo on his polo shirt, which looked like three catamounts against a black slash on a yellow shield. The stitching underneath read: Stratford on Avon GC.

He more than confirmed it: “That is my home of love. If I have ranged, / Like him that travels, I return again.”1

Willie was a player! I wasted little time in inviting him out for a few rounds, and he fit right in with the MOTO Research Team in no time. He knew when to applaud a fine tee shot (“A hit, a very palpable hit”2), and when to politely ignore a lousy one (“The rest is silence”3).

The Bard was decidedly not a poet on the course, save for the mordant view of his own play, entirely warranted. He’d step up to short putts without a great deal of confidence: “If you have tears, prepare to shed them now.”4

Then he’s scuff his three-footer and still have two to go. He seemed grateful when we told him to pick it up: “I’ll queen it no inch further, but milk my ewes and weep.”5 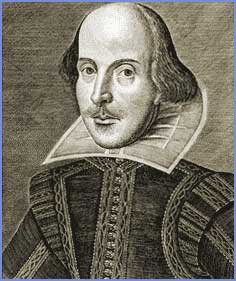 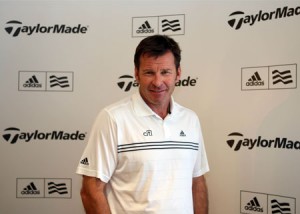 Willie’s favorite pro was Nick Faldo (“Men of few words are the best men,”6) and he thought to model himself after the stoic Englishman (“I will be the pattern of all patience”7), but he failed in all respects. He wasn’t above some violent displays of temper: “I’ll break my staff, / Bury it certain fathoms in the earth, / And, deeper than did ever plummet sound, I’ll drown my book.”8

Besides, he was a torrent of words out on the course, given to ceaseless analysis of how a golf swing could go bad:

etween the acting of a dreadful thing
And the first motion, all the interim is
Like a phantasma, or a hideous dream:
The genius and the mortal instruments
Are then in council; and the state of man,
Like to a little kingdom, suffer then
The nature of an insurrection.”9

Could David Leadbetter have phrased it more acutely? Willie had his own succinct swing thoughts. He’d step up to the tee box, mutter, “Speak, hands, for me!”10 and then stab away with his outside in swing, and the big banana ball would slice out of bounds: “This was the most unkindest cut of all.”11

He was a go-for-broke player, though, his theory on course management not really matching his dubious skills: “Our doubts are traitors,/ And make us lose the good we oft might win, / By fearing to attempt.”12

Once his heroic attempts would go astray, he wasn’t above blaming his clubs for the result: “The gods are just, and of our pleasant vices / Make instruments to plague us.”13

Above all else though, he was a traditionalist. He preferred to walk, carrying his own bag, and being English, would play in any weather: “Blow, wind! Come, wrack! At least we’ll die with harness on our back.”14

But he wasn’t big on lessons (“Striving to better, oft we mar what’s well”15), and he had nothing but disdain for yardage markers: “Let every eye negotiate for itself and trust no agent.”16

He became unraveled, however, when confronting water hazards. He’d look at the big pond on the seventh hole at the Brattleboro Country Club and moan: “O! That way madness lies; let me shun that.17 Now would I give a thousand furlongs of sea for an acre of barren ground. I would fain die a dry death.”18

His misgivings were well founded, since sure as sin, he’d be holding his pose after another dubious stroke muttering: “Glory is like a circle in the water, / Which never ceaseth to enlarge itself, / Till by broad spreading it disperse to nought.19 My ending is despair.”20 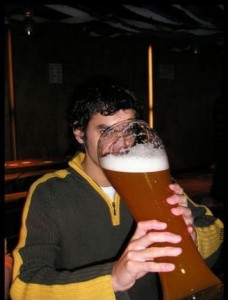 After one recent round, Willie added up the scorecard and then began drinking heavily, saying, “I will make it a felony to drink small beer.”21

He began to get pretty lachrymose about his game: “Is there no pity sitting in the clouds, that sees into the bottom of my grief?”22 and suggested that there was no point in ever playing again: “Past hope, past cure, past help!”23

Considering that he’d been playing the game for more than four hundred years, it wasn’t surprising that he was feeling discouraged. But, like all duffers, Shakespeare knew in his high handicapper heart that, “I am a man more sinned against than sinning.”24

So when I suggested that it was still early in the day, and he said, “Tempt not a desperate man,”25 I knew we were good for another nine. Quite a piece of work, that Willie. And when it came to golf, noble in reason. 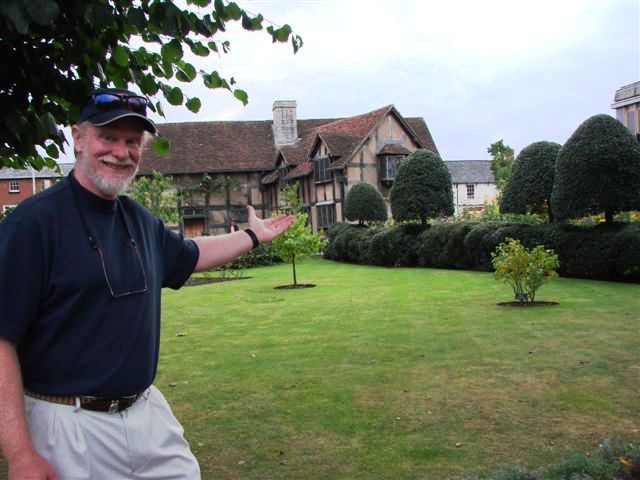 Returning the favor and visiting Shakespeare’s home town and birthplace

10 Responses to “What Golf Ball Through Yonder Window Breaks?”