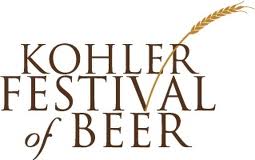 It’s about enough for a Vermonter like me to head to the Kohler Festival of Beer in Wisconsin just to score some Midwest specialties I rarely see: Contortor Porter or Ambergeddon from Ale Asylum; Wisconsin Belgian Red or maybe some Totally Naked from New Glarus; a Black Tulip Tripel from New Holland; something from the Unchained series of Summit Brewing, or maybe a cask ale from Great Dane Pub & Brewery. Check back in a few days to see how I did. 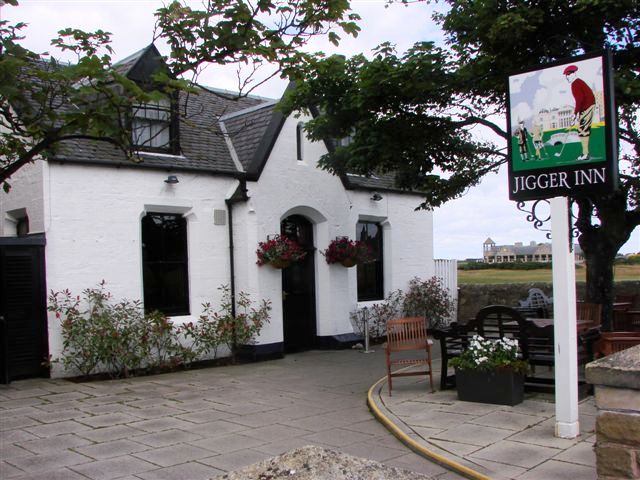 But it could be enough for anyone to attend the fourth annual festival to sample Jigger Ale, a beer found in only two places in the world. The first is at one of great 19th holes of the golfing world, the Jigger Inn in St. Andrews, Scotland, hard by the famous Road Hole at the Old Course. The other is at The American Club resort facilities in Kohler, and the ceremonial tapping of the Jigger Ale keg will officially open the three-day festival tomorrow afternoon, June 1.

I expect to be elbowing my way to the front of the line at the time, provided I’ve finished my round at the Straits Course at Whistling Straits. (I’ll play the Meadow Valleys course at Blackwolf Run this afternoon.) In my dual world of golf and beer, the Kohler Festival strikes me as a wondrous conjunction of entities, almost a cosmic alignment of munificent factors from a benign divinity. In actuality, it was only Herb Kohler, Jr.

The last time I was here, in 2010, I played Whistling Straits with my friend John Steinbreder, who was putting the finishing touches on his book, Golf Kohler in the New and Old Worlds. The book is a look at the new directions the company has taken under Herb Kohler Jr., the fifth Kohler at the helm and the third generation in the family business. Taking it from its traditional plumbing fixtures and engines divisions, Herb Kohler has moved the company into the furniture and hospitality areas. 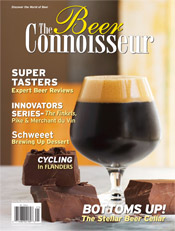 Steinbreder’s thesis is that it’s a gross understatement to merely say that the company did these things. How it did them is what impresses. The company mission is Gracious Living. The 1967 advertising slogan which is still current today, The Bold Look of Kohler, extends beyond plumbing and design to the style, comfort, elegance and luxury of its resort accommodations and spas, as it does to the breadth, audacity and ambition of the golf course designs.

I did my best to alert non-golfing beer lovers about this in the Spring 2011 issue of The Beer Connoisseur (“Nexus of the Gods: Birdies and Brews”), though I failed to point out this connection: Kohler owns The Old Course Hotel in St. Andrews, and the adjacent Jigger Inn, a virtual spot of pilgrimage for golfers and caddies in the Auld Grey Toon.

It was also Kohler’s idea to brew up a house ale for The Jigger Inn, turning to the Belhaven Brewery of Dunbar, Scotland to produce it. Other Belhaven brews should be on hand at the Festival as well–the Scottish Stout is well worth a try and a Twitter friend just told me a Black Ale is now out as well. More for the checklist.