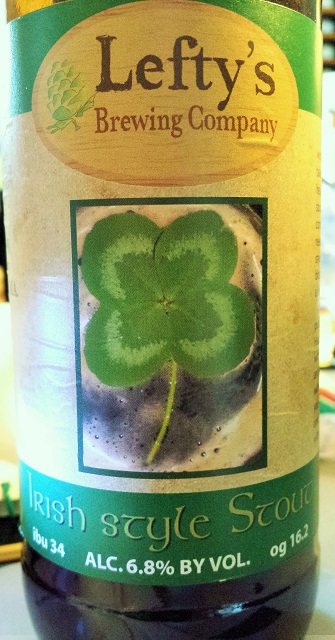 [Oct 13, 2014]–Bill Goldfarb, a lefty, used to be a commercial roofer, working along with another Bill, a righty. So lefty Bill became Lefty. Righty Bill presumably remained Bill.

When Lefty came down off the roof he transmogrified into a homebrewer, until he and his eventual bride decided to go pro and opened Lefty’s Brewing Company in Greenfield, Massachusetts in 2010. Conveniently, Melissa Goldfarb is also a lefty.

I wasn’t able to snag any of Lefty’s beers before the August Tap Takeover at Wildwood Barbeque (as always, on the first Wednesday of the month), although I made up for it that night by trying all eight that the couple had brought along. In the old days—as in, July—that really would have been a complete tap takeover. But Wildwood completed its expansion in the interim, doubling both its seats and its taps. Sixteen beers is a tall tap takeover order, although I wouldn’t be surprised to see it happen someday.

(The usual disclaimer reigns as to Wildwood, owned by my daughter and son-in-law, Jennifer and Glenn Brunetti. They opened it in Hadley, Massachusetts in July of 2013, and the place has taken off like a rocket. A solid and frequently rotating craft beer list helps, although it wouldn’t if the food weren’t great too. “Smokin’ Que, Awesome Brew” is the t-shirt tagline, and it’s apt as far as I can see.)

For the record, most of the early tap takeovers were predominantly local—Smuttynose, Berkshire Brewing, Element, Lefty’s, the Amherst Brewery in September. Troëgs from Pennsylvania was the June exception. But the restaurant ranged farther afield again on October 1 when Oskar Brews of Colorado (and now North Carolina as well) flexed its brewing muscles. And on November 5 Southern Tier from New York will roll in. (This will be the first one I miss, alas, as I’ll be off in Mississippi playing golf. A fair trade, and I hope to try some of the new beers from Lucky Town Brewing in Jackson, Mississippi, which will be on the verge of its grand opening.)

I help pour during the tap takeovers and what’s nice about them is the chance to sample a range of a particular brewery’s portfolio, usually with something special not available in normal channels. That was certainly the case with Lefty’s. Bill and Melissa had recently married, so there was one keg left of a Maker’s Mark barrel-aged Imperial Stout made for their nuptials. It was a big beer, 12%, the highest ABV on tap that night. 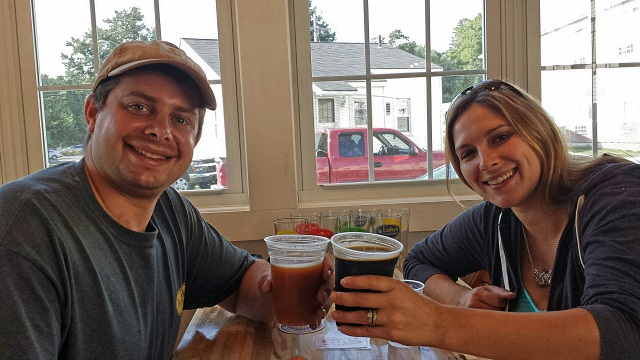 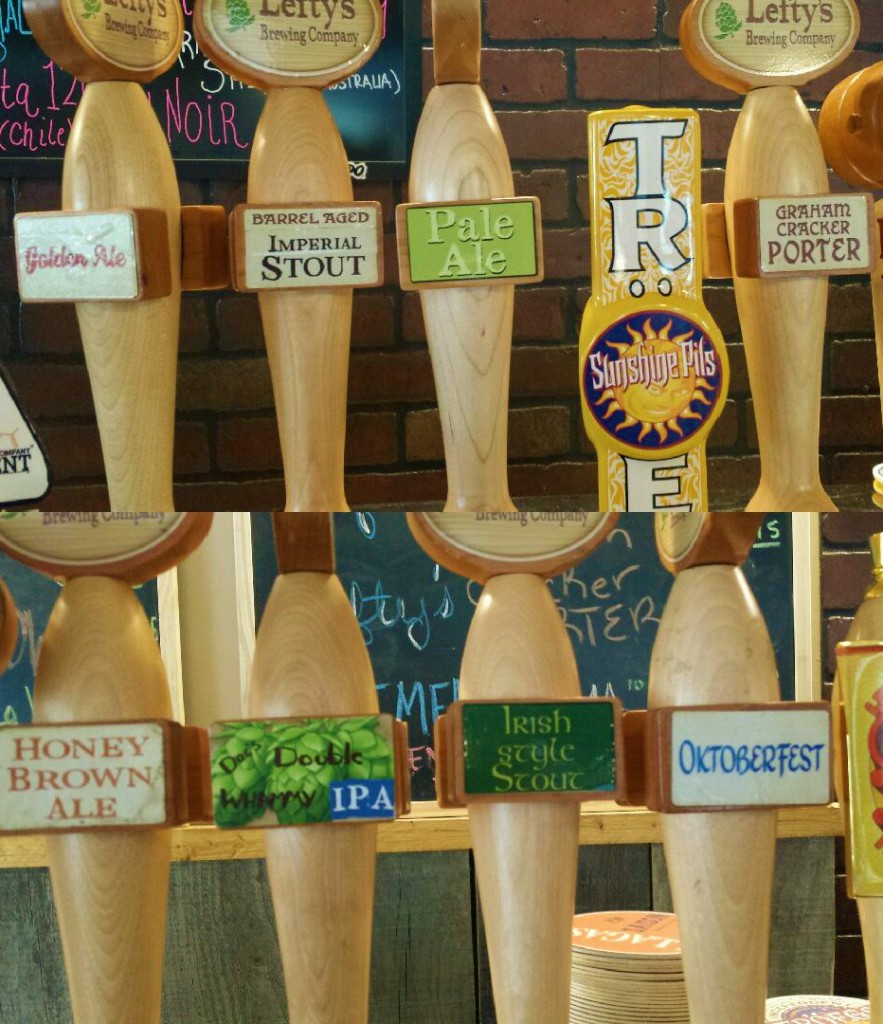 I drew a full pint of the latter mainly because I was recently back from Ireland and felt I had a pretty good basis for comparison to a classic of the style. The Lefty’s wasn’t on nitrogen, but it was plenty dark, creamy, dry and roasty. It was sweeter than a Guinness, certainly stronger, though that’s not readily apparent going down. All in all it’s an appealing glass of the black stuff. Don’t let the Shamrock on the label fool ya—the beer is available year-round.

Fans might be interested to hear they can also find the beer in jelly form—made by the Town Farm Garden Company in Brookfield, Massachusetts. Turnabout is fair play; Lefty’s is big on using local ingredients in its beers, so why not use the beer as an ingredient? 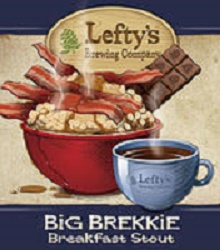 But if one spreads the Irish Style Stout jelly on some breakfast toast, would it still be proper to wash it down with the Big Brekkie Breakfast Stout? Lefty’s use of local ingredients reaches some kind of crazy apotheosis in this 8.5% ABV beer, which includes coffee, maple syrup, oats, cocoa nibs and some bacon. It’s a seasonal brew, but the season is coming: Breakfast will be served beginning in November, lingering into April.