History does not record when the first oath flew or who uttered it after a wayward shot at the Brattleboro Country Club. But the odds are good that it was on July 1, 1914, the day the course opened for play.

Players have been swearing or rejoicing over the grounds ever since, enraptured by the abundant pleasures and torments of golf. As the club moves toward its centennial next year, the keepers of the flame hope for another “brilliant occasion,” as the newspaper report of the opening day called it, “…one of the most delightful outdoor gatherings in the history of local social life.”

Robert Anderson heads a committee aimed squarely at reintroducing the club to the community as just that–a valuable asset and vital part of the local social fabric. Whether a fete next year will sound a Japanese theme is, however, uncertain.

Anderson, who wrote the 2005 volume, “The Club History,” noted that on the opening day in 1914, “The clubhouse and grounds were illuminated with Japanese lanterns and hung with Japanese decorations (the club steward and his wife were a Japanese couple by the name of Uchida, their son, Bro, was the club’s first golf pro.)”

A variety of programs, partnerships and events are in the planning stages; other initiatives and modestly-priced playing membership options are already in force.

Jason Kelley, installed as the BCC president at the close of last season, said, “In some ways the club has become an unknown entity, underutilized, and often misunderstood. We plan to change all that.”

On an idle morning last week, I took a highly informal and supremely unscientific poll in Brattleboro, probably startling about a dozen strangers. I asked if they played golf, and if they had an impression of the course or club.

It was a slow day for golfers; no one was a player, and few had any impression of the club, beyond knowing, sometimes vaguely, where it is (on Upper Dummerston Road). “I go by it frequently,” said one woman. “It certainly looks nice.”

“I only use it for cross country skiing,” said a young man, a member of the Brattleboro Outing Club, a relationship the BCC hopes to burnish with collaborative benefits for respective group members.

Another woman said she had been discussing her upcoming wedding with a friend who worked at BCC’s Fairway Tavern. “Now I think I’m going to get married there; it sounds like the best deal in town.”

“It really is one of the best deals in town,” said Kelley, “especially in terms of the playing memberships we’ve instituted for 2013.”

At $995 for a season of unlimited play, the new offer compares favorably indeed with other area courses, and suggests that there is a practical, as well as a celebratory thrust to the centennial push—the club would like some more members.

The term “membership” is itself a bit mysterious, suggesting exclusivity, the exact opposite of what the club wishes to convey. If once private, and at its worst restrictive, BCC today is what is sometimes called a semi-private, nonprofit club, owned and sustained by its membership.

That term varies; in BCC’s case it means extra benefits and voting rights for equity members, but anyone can join the club, anyone can play at the course, and all are indeed welcomed and encouraged. While there was once a limit on how often local non-members could play at the course, that’s been eliminated altogether.

Like most courses, public or private, BCC has labored in recent years with a steady decline in the number of golf rounds played. According to the National Golf Foundation, an uptick in national rounds played in 2012 is the first significant increase since 2000.

Even those who love the game can name the three main factors that work against it—time, expense and difficulty.

Pace of play is rarely an issue at BCC. The routing is tight, the course eminently walkable, there are no long stretches from green to tee.

The new rates help address the expense issue, and Anderson’s committee plans to roll out a program called SNAG Golf to help young or inexperienced players find an easier way into the game.

The very thing that lifted BCC into the top tier of Vermont courses—the expansion to 18 holes in 1999—continues to bedevil it in terms of debt. Officers of the club might take heart, in reading Anderson’s book, that it was ever thus.

When Tom McNamara’s original nine-hole route was redone by designer Wayne Stiles in 1930, the construction went well over budget. Finances were so strained in the late 1930’s that slot machines were installed in the clubhouse. 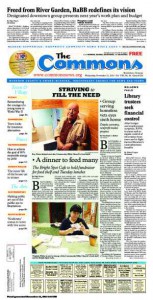 So it was with the purchase of land (previously leased from the Brattleboro Retreat), ten new holes and an expansive practice range designed by Steve Durkee, which debuted in 2000.

But the course reputation soared, and it has since hosted numerous Vermont championships for men, women and juniors, as well as qualifying rounds for the USGA Men’s Amateur and the USGA Men’s Senior Amateur tournaments.

The slot machines are unlikely to return. But the odds are good that I’ll feature a few more looks back and keep an eye on the centennial plans as they drive forward in the months ahead.

In somewhat different form this piece first appeared in the March 20, 2013 issue of The Commons, an independent non-profit weekly newspaper covering Brattleboro and the towns of Windham County, Vermont.