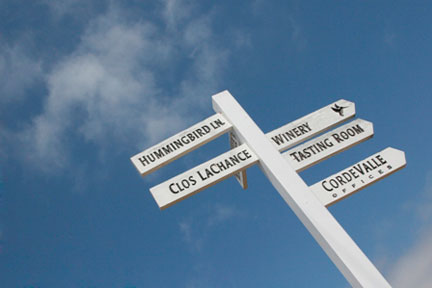 There’s something entirely too benign about California weather that northeastern folk like me are well to be wary of. The very air is suspiciously different.  San Martin is in the central coast area of the state, about a half-hour south of San Jose and 45 minutes north of the Monterey Peninsula, and in April there is a languorous, zephyr-like quality to the breeze that bespeaks nothing of industriousness, the proximity to Silicon Valley notwithstanding.

My schedule fit this indolent mood like a velvet glove. I’d been invited out to sample the pleasures of CordeValle, a Rosewood Resort, and there turned out to be quite a few.

I’d barely driven through the stylish gates when I was conveyed to the resort’s full-service Sense Spa for a two-hour treatment called the Gentleman’s Rejuvenation.

This was, hands-down (or hands-on, I suppose), the best massage treatment I have ever had. The first hour was spent in a wet room, complete with steam and a Vichy shower. Experiencing the latter is a little like being indulgently conveyed through a car wash, or taking a shower lying down. Either way, it feels good.

A young masseuse then put me through the paces—an exfoliation with some pumice-like rub, a Vichy rinse, more exfoliation with loofahs, rinse, and then off to a dry room for a full-body, deep-tissue massage.

After two hours of this it was hard to tell whether I was rejuvenated or approaching coma. But there was daylight left, so I went over to the extensive practice area at the golf course and put time in in the bunker, around the green, sixty yards out, and on the range. I was very relaxed. [See a short take on this massage here.]

If I’d had any kinks left when I finally settled into my room, I could have wandered outside to the fenced-in wing of my villa and used the private hot tub and outdoor shower, or I could have lounged on the back patio and just taken in the not-inconsiderable views of the golf course, surrounded by the still-green hills of spring. 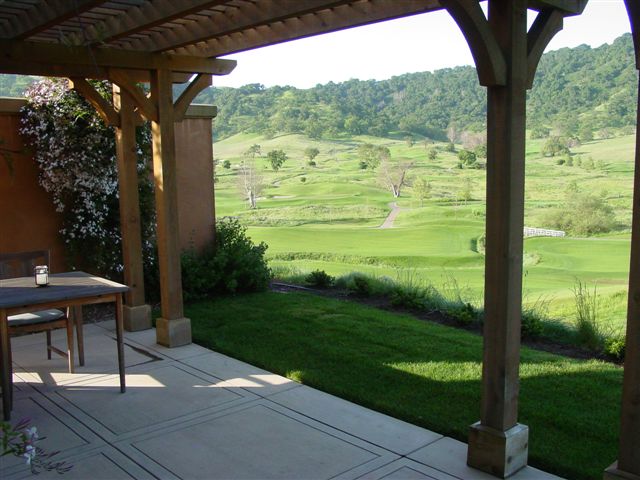 It was classy stuff. Not cheap, although there are always special packages to be found (beginning at the website).

The property is part of the Dallas-based Rosewood company, established in 1979. CordeValle opened 20 years later, and has always had an intimate, rural, yet upscale emphasis on wine and fine dining. The added attraction is that CordeValle has vines right on the property; home sites bordering the golf course each have about two acres of grapes. 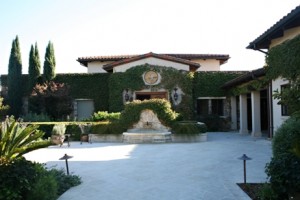 The homes are removed enough from the course that there is little chance a Titleist will wind up in the crusher, but the grapes will eventually be harvested and used by the adjacent vineyard and winery, Clos LaChance.

Indeed, CordeValle’s initial permitting process required that part of the land be utilized as vineyards, and the relationship with Clos LaChance developed. While separate entities, the resort and vineyard are a tasty blend. A studious moment with the label of the in-room wine bottle awaiting guests checking in reveals it’s CordeValle Cuvée, estate-bottled by Clos LaChance.

The winery overlooks the sixth green of the course, and my last evening at CordeValle coincided nicely with a Spring Release Wine Dinner at Clos LaChance, the wines paired nicely with a seafood menu. It was pleasing to sip a sparkling wine on the Italianate terrace before the meal, contemplating my sins of the previous two days, egregiously perpetrated on the par-5 hole.

Players will usually find (and can always request) that impromptu wine tastings break out on the seventh tee during a round. It’s a sophisticated touch, though obviously a debatable game improvement strategy.

Clos LaChance will be the official winery of this year’s Frys.com Open October 14-17, since the PGA Tour Fall Series tournament will be played at CordeValle.

All this said, it will come as no surprise here to realize I’m more a fan of the barley than the grape, and the beer selection could be a little more capacious. But there’s always a decent Sierra Nevada available, or a bottle of Chimay Bleu, one of the finest Belgian Trappist ales going. Pilsner Urquell is a constant on tap, and other beers rotate bimonthly through another handle.

Playing Through the Foothills

It’s always nice to play an unfamiliar course twice to get a better feel for it. I meant to play CordeValle once from the 6,703-yard tees and once from the 6,096-yard tees, but on the second day I was paired with a twosome playing from the longer tees, so who was I to hold up progress? 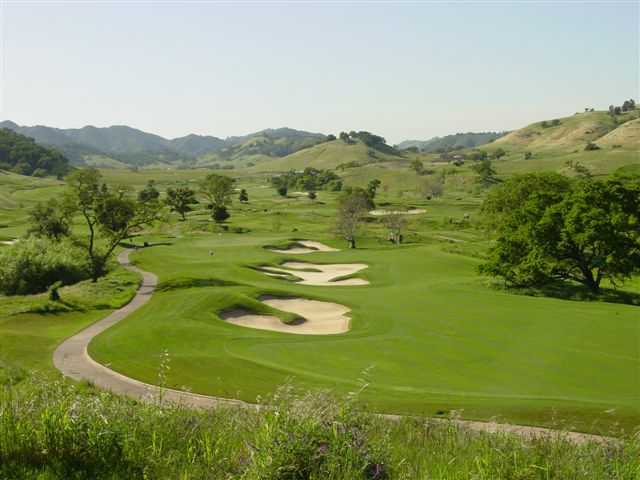 As I soon enough discovered, Robert Trent Jones Jr. has fashioned a visually splendid layout that is sneaky tough. It looks wide open, but shots that stray from the fairway can dribble into the proverbial meandering creek, seemingly coursing throughout the property just to gobble up balls.

If not the creek, then patches of dense grasses or groves of sycamores and live oaks suffice. My scorecards are pockmarked with notations about lost balls and penalty strokes. My first day I ran out of ammo, exploding from a bunker behind the eighteenth green directly into the pond fronting the green. No more balls, game over.

In spite of my travails, I loved the course, which shot right up the best-in-state rankings since opening. (It’s currently number 7 on Golfweek’s Best-in-state list for California public access courses, after such stiff competition as Pebble Beach, Spyglass Hill and Pasatiempo, but ahead of Torrey Pines South, the Links at Spanish Bay and others.) 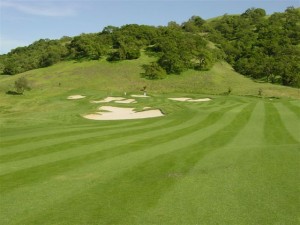 I enjoyed the look, strategy and variety of the rounds. Though rated 73.4 with a slope of 136 from the green tees I played, the challenge is usually self-evident, except when some off-kilter tee balls set up blind second shots.

The mixed bag of yardages keeps the brain working on the tee, instead of blandly reaching for the driver on all the non-par-3s. But club selection can also be discussed with a caddy. CordeValle is eminently walkable, and the best way to take advantage of this is through the caddy program. The resort contracts with the company that trains loopers for resorts nationwide (like Pinehurst) or, indeed, internationally (like Doonbeg in Ireland), so they’re well-versed with the terrain.

And the local knowledge is particularly helpful on the greens, where more adventures await at CordeValle—they have plenty of movement in them, and are cut to roll fast. Beginning with a good read is a strong point in favor of the caddy program.

But so is the ability to just enjoy the walk unencumbered by one’s bag, while taking in that strange and curious air. 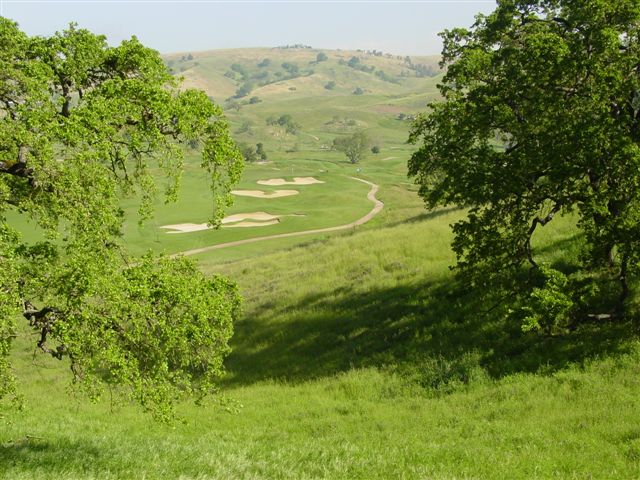