We invite you to retain your tickets for noticing things—
how sunlight is wide and democratic,
how the rain doesn’t care who you are,
how sounds will follow you home and become songs
that play back whenever you want them to.
A crow, a gull, a foghorn–keep these for your dreams. 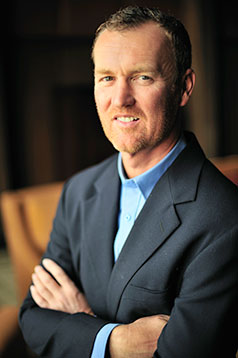 The late William Stafford was born in Kansas, but moved to Oregon for good in the mid-1950’s to begin a long tenure at Lewis & Clark College in Portland, named for the great Pacific northwest explorers. Stafford was a transplant, yes, but he ultimately took the state to his heart and it to him, naming him the Poet Laureate of Oregon in 1975.

The state can do that to you. David McLay Kidd is a Scotsman who came to Oregon to design a golf course and found his ship had come in after he laid out the first, eponymous, course at Bandon Dunes. Kidd went on work on the Castle Course at St. Andrews, Machrihanish Dunes back in the old country and others. But it was when he returned to Oregon to work on the Tetherow Golf Club that he was fully swept away, and became a transplant himself. He now makes his home in Bend.

Not that he’s left the old ways too far behind. If one was driven blindfolded to first tee at Tetherow and the covering only then removed, it might take some convincing that downtown Bend is only about eight minutes away. The wide-open, virtually treeless expanse stretching out in front suggests that one is far distant from normal commerce, and quite possibly perched on the edge of the Atlantic on a Scottish links course. But then the Cascade range comes back into focus, and the central Oregon high desert flora.

There’s no question that one is far from a remotely similar golf course in the area. Kidd was able to plop a Scottish themed links-style course here because there was a huge forest fire in the area (the Awbrey Hall fire) in 1990 that burned through 3,300 acres. The sparsely treed landscape puts the wind into play more than on other Oregon courses, and Tetherow also eschews the more common well-watered bent or blue grasses in favor of occasionally browned-out fescue. 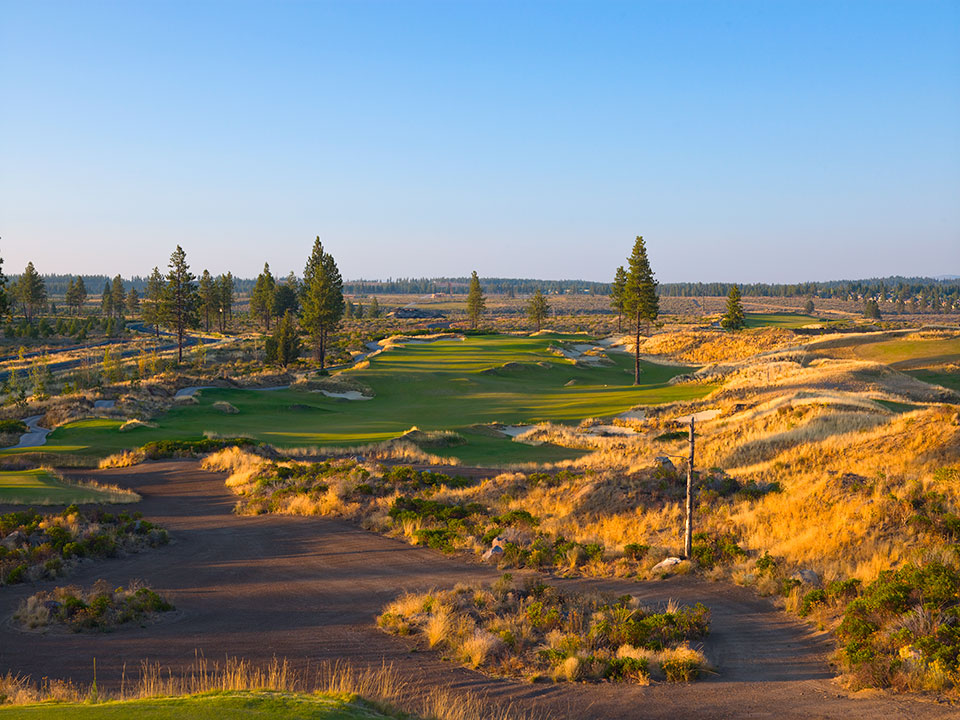 From the first tee at Tetherow

The resultant firm and fast fairways and greens changes the way the game should be played here. One way it shouldn’t be played is from the tips, called the Kidd tees, stretching to 7,298 yards. This would be suicidal for a mid-handicapper. Kidd himself has called the tee boxes here the Hard, Harder or Impossible, and it’s difficult to tell how much he was joking. When the course first opened in July of 2008 there seemed to be no middle ground in reactions—people either loved it or hated it, the latter reaction mainly because the course simply seemed too difficult.

It helps to know how to play the course. As co-owner Chris Van der Velde told us, “You have to take a forecaddie here, and my recommendation is to listen to him.” We listened to Van der Velde, who played our first nine with us (holes 10-18), who designed the course’s yardage book, who played on the European Tour from 1989-2002 (and cashed in a handful of PGATour checks as well), and who still has game despite dual knee replacement surgeries. 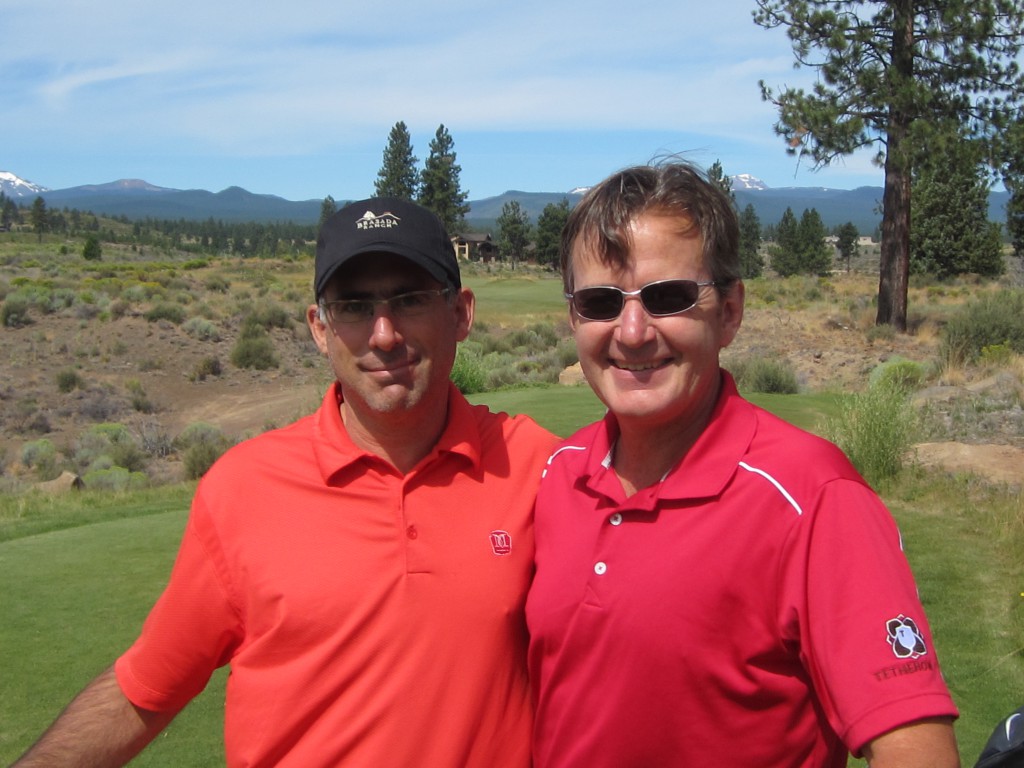 He pointed out areas where he and Kidd has hacked away a mound here, or widened the fairways there, and his entertaining scenic tour may have blinded me to his strategic advice: my second nine was nine strokes better than the first half.

By then I knew that flying the ball at the pins was pointless. “Use the bump and run whenever you can,” said Van der Velde. “The air game won’t be that successful here, so use the wedge only when you really need to fly it over something. The rest of the time, take your putter and run your ball right over the ridges.” 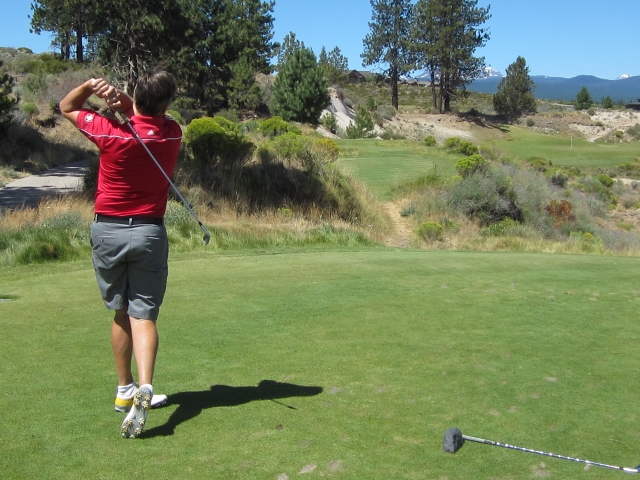 Any time I can take the wedge out of my hands around the green it’s a good thing. But even once on the greens there are adventures to be had. The canted slopes can take a ball in unpredictable directions. Maybe even into the cup, if lucky. I can’t claim more than that on the 189-yard seventh, after I exploded out of a bunker left of the green and had the ball roll far from the hole. I had to hit about an eighty-foot putt over all sorts of humps and tilts, afraid that I was under-clubbed. The ball took a wild run and dove right in, a most improbable sandy. 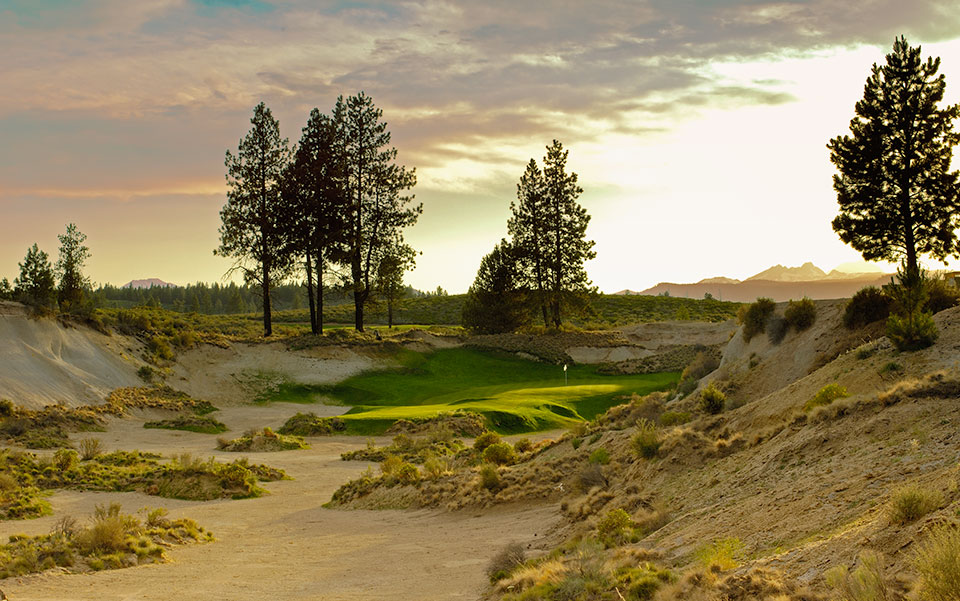 Jeff Wallach, in a sandy mess of scrub behind the fourth green, completely muffed his intended shot, yet the ball managed to dribble onto the surface and somehow acquired momentum—winding up less than a foot from the hole. 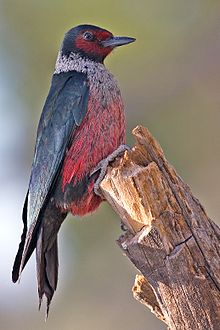 So it goes at Tetherow, and all the while one is enveloped by the surrounding beauty. The sunlight is indeed wide and democratic here, and the course is a literal natural sanctuary–one of fewer than 90 Audubon International certified signature sanctuary golf courses worldwide.

One is not that likely to spot a gull–birdies in general are tough to come by on a golfing expedition here–but a Lewis’s Woodpecker is a possibility: Tetherow has worked with the Cascade Bird Conservancy in placing bird boxes around the property to promote the nesting potential of the bird.

A specimen of the Lewis’s Woodpecker was collected by its namesake, Meriwether Lewis, and still exists to this day in the Harvard University Museum of Comparative Zoology. It is thought to be the only intact surviving specimen brought back from the great Lewis and Clark expedition.

2 Responses to “Tetherow: Are You Kidd-ing Me?”