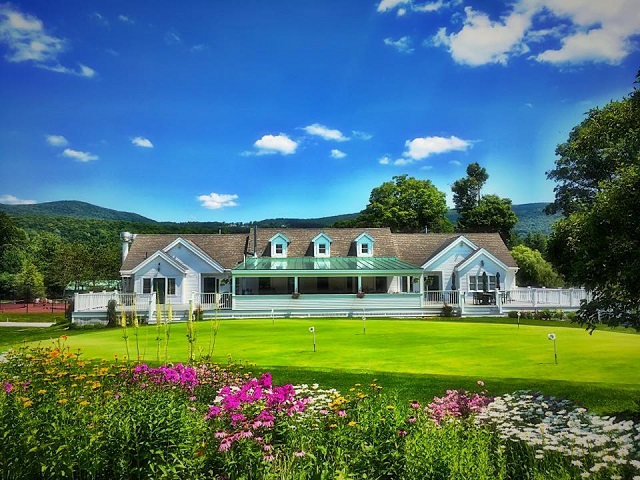 I had the great pleasure of meeting Geoffrey Cornish early in the century, a little more than ten years before he died in 2012 at the age of 97. After he first hung out his golf design shingle in 1952 Cornish fashioned, expanded or remodeled upwards of 250 courses, largely in New England.

I met him at the Manchester Country Club in Vermont, which he laid out in 1969. He was meeting that morning with Steve Durkee, who has won the job of re-doing Cornish’s back nine. Since he had grown up playing on the Manchester course Durkee said, “It really is a kind of homecoming, and a great opportunity to work with Mr. Cornish and get to know him.” 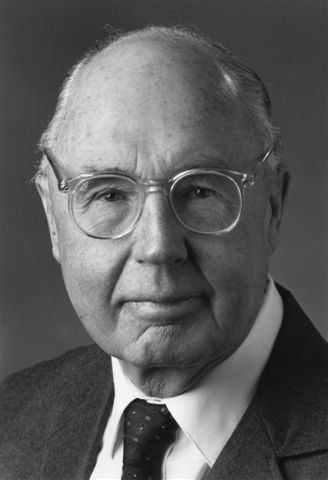 [More on Cornish here in The Walking Man, a piece that, it will be quickly obvious, I cribbed a few paragraphs from.]

Wandering around with the two of them was a crash course in golf course architecture, reaching a high point at Manchester’s seventeenth hole, a dogleg left with a tee shot complicated by an enormous maple, then in full autumn blaze. Durkee was wondering—what to do about the tree?

“I used to work for the great Stanley Thompson,” says Cornish, referring to the legendary Canadian course architect. “Stan told me, ‘I always build one controversial hole. It keeps the members arguing long enough to let me get the rest of the course in shape.’ Well, this is probably one of the more controversial holes in New England. We’ve been playing around with it for 32 years. Steve has to figure it out now.”

I was lucky enough to play the course recently, a little before the 2021 New England Golf Association Senior Amateur came to town, since age was my only qualification for the championship.

My memories about the day with Cornish all came flooding back when I arrived at the seventeenth tee, and saw that Durkee had left the tree right where it had always been. Only now it was twenty years taller. 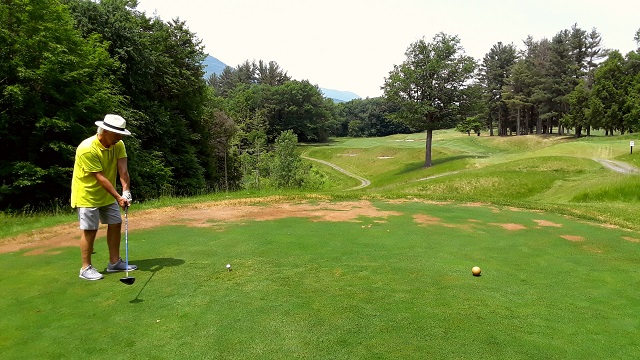 The seventeenth, with the looming maple tree

Dougherty said the team is looking to rejuvenate the club and upgrade facilities, while introducing a slate of new programs, which included a nine-week junior golf program this season under Weatherby’s aegis. Dougherty said, “We’re focused on enriching the member experience and eager to attract new families and members to what we believe is one of the best courses and clubs in the area and one of the more casual, welcome settings in a most beautiful part of Vermont.” 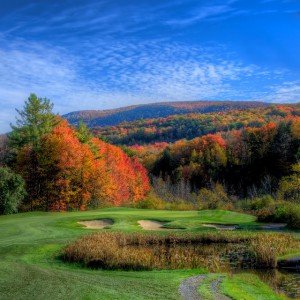 That’s saying something, since the club is in a golf-rich area, what with the nearby Equinox Resort and its course, the Dorset Field Club and the Ekwanok Country Club (Weatherby’s previous post). That makes three private clubs—a rarity to begin with in Vermont—in close proximity, though MCC does have some stay and play options with local lodging properties.

As for the course itself, the club has no worries. The conditioning is superb, the scenery stunning, the routing solid and a few standout holes will remain lodged—or seared—in memory. Weatherby, who previously served as the assistant pro at Ekwanok, said, “Manchester is one of the finest courses in Vermont. It is a serious golf course, a player’s course, that we are making fun for all.”

It’s a fair statement. Our foursome certainly had fun; there are five sets of tees on the course and the scorecard thoughtfully sets up some combo tees to add three more ways to find the right distance for your game.

But serious? Yes. In the recent NEGA Senior Amateur Championship only four players shot par or better in the first round (which turned out to be the final round; the second was underway when lightening pulled the players off the course). 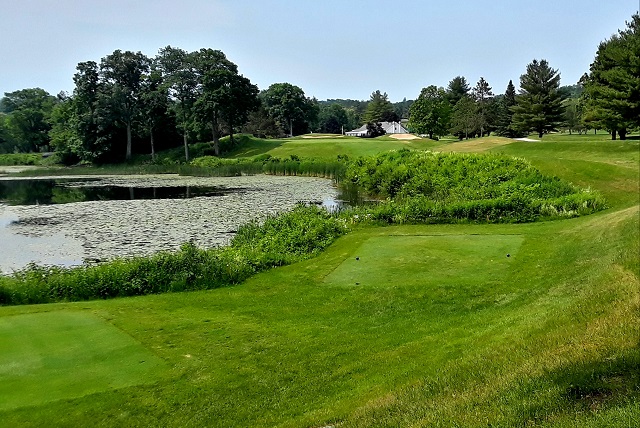 If the course starts in a fairly benign fashion, things start ramping up at the testing par-3 sixth hole, an 180-yard poke over a pretty water-lily stocked pond. I asked a member if it were the signature hole. “Yes!” he yelled. “A hole to drive you crazy!” The eighth hole heads way downhill, another challenging par-3—the course seems to specialize in them.

Monahan had let some of the native grass roughs grow particularly gnarly, especially on the second nine, so I wasn’t surprised to see that many of the players in the Senior Am shot a few strokes higher on the return trip. 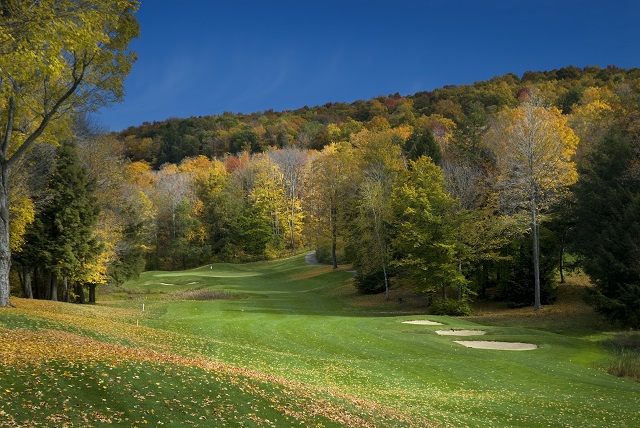 The tenth gets things off to a roaring start with a forced carry over wetlands. Seventeen has its maple tree. And then there’s the home hole, surely one of the most daunting on the course, less in length (about a 365-yarder), then in the vast carry over a ravine. Yet, rip it too far and a pond can gobble up shots that drift right, and a bunker serving the same nefarious purpose on the left. It’s a terrific wrap.

I’ll certainly be eager to return, if only to find the golf ball I left on seventeen: as if destiny and memory had merged, my tee shot flew directly into the maple tree and, as far as our group could determine, never emerged.