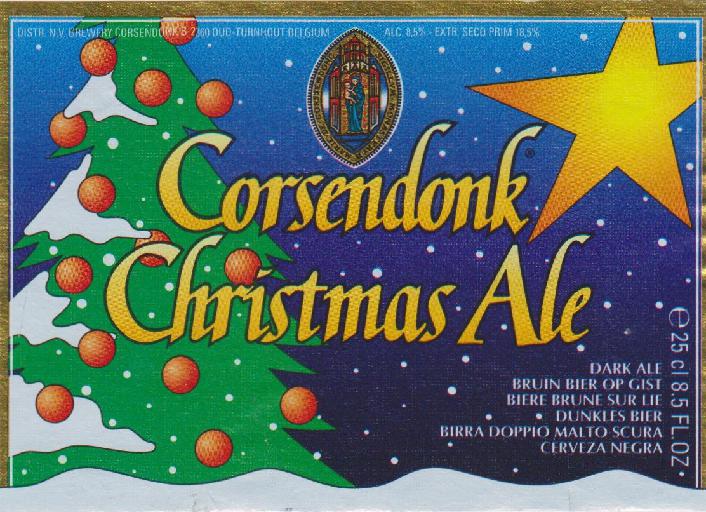 No great surprise here, perhaps, but what would a Christmas beer list be without some Belgian beauties? The surprise to me was that the venerable Corsendonk tasted quite a bit like yesterday’s Pray for Snow.

It’s sweeter, though, with more depth, hop spiciness (Kent Goldings), and yeasty mysteries. The beer is a dark brown, giving off notes of chocolate and a touch of smoke, with a citrusy tart finish. It’s bottle-conditioned, and could certainly be cellared for a few years. It is a beauty, almost a model Christmas beer, although that impression may come from a more than nodding acquaintance with Corsendonk.

It was certainly among the first batch of abbey, Trappist or other Belgian oddities I had back in the prehistoric days. The startling newness (to me) of the beers was a revelation; the world became wider, and more interesting.

On one of my first trips to Brattleboro, while still living in New York, I went to Three Dollar Deweys, which had recently been taken over by Ray McNeill. I ordered something called Bios, a Flemish sour, and Ray felt obligated to warn me that it was a little different. Indeed it was, but wonderfully so. 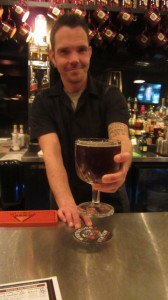 Mark Bateman serves it up at Whetstone Station

Corsendonk was imported by George and Pat Saxon of Phoenix Imports back in the long ago. Their always fascinating portfolio included Samichlaus—another Christmas beer staple—and Thomas Hardy’s Ale, which pretty much introduced us to vintage beers. St. Killian Importing picked up the Corsendonk brand two years ago.

Corsendonk itself goes back much further—to the 14th Century, when it first became a priory and where the monks wasted little time in starting up a brewery. The priory fortunes rose and fell through the centuries, before shuttering in 1784. The buildings were restored in the early 1970’s, the brewery name in 1982, though the beers are contract-brewed elsewhere.

I was lucky enough to snag the beer on tap this evening, aptly enough while out doing a little Christmas shopping. I stopped into my usual watering hole in Brattleboro, Whetstone Station, which has a constantly rotating and always fascinating beer list, including some of their own brews from their three-barrel system.

After bartender Mark Bateman served it up it only seemed right to briefly park the beer in the gingerbread version of Whetstone Station. Then it was down the hatch, and back to Christmas shopping. [Dec. 19, 2013] 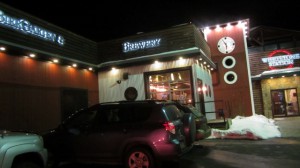 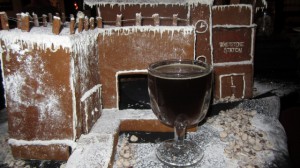