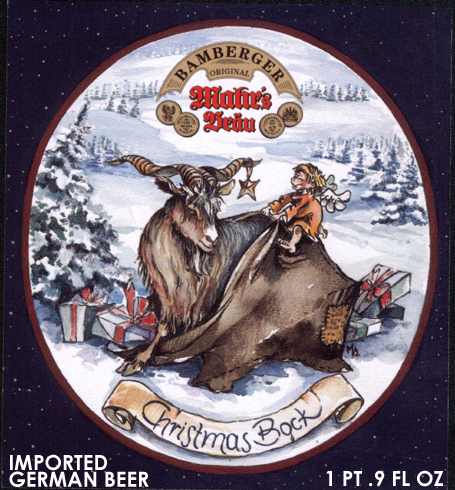 I’m drinking too many ales. Not quantitatively, but proportionally. I know, they’re good for what ales you, ales are what’s good for you. But when I occasionally stray from my predominate ale imbibing and down a well-made German lager like Mahr’s Christmas Bock I can’t help but wonder why I’m not drinking these more often.

Well, why drink an import when there are so many great American beers to drink? Right, and that’s why I drink fewer imports than I used to (with the exception of Belgian beers, perhaps). And then I’m pleasantly reminded of why I shouldn’t be so parochial.

I need to try more Mahr’s brews, imported by Shelton Brothers, if the Christmas Bock is a typical example of their brewing skills. For our third day in a row, there’s no extra spicing added to this recipe—all the peppery bite from this faintly chestnut-colored beer comes from the assertive hopping dancing with a robust, bready malt character. So as sweet as the beer is, the caramel tones are melded into a heady mix of fruit and perfume. Well-balanced, frothy, refreshing and delicious.

The little I know about Mahr’s Bräu is that it’s a relatively small, family- owned independent in Bamberg, into its fourth generation of the Michel family at the helm, though the brewery claims to date back to 1670.

I’m still trying to check how widely the beer is distributed in the U.S. Locally the brewery delivers its goods via horse and wagon, and it runs a popular gasthaus with an indoor saloon (or brewpub), an outdoor biergarten, and a lively Schwemm, which is basically a standing around and drinking area. Just keep in mind that if you dive into the Schwemm you’re not a Schwemmer, but a Stehgammler. 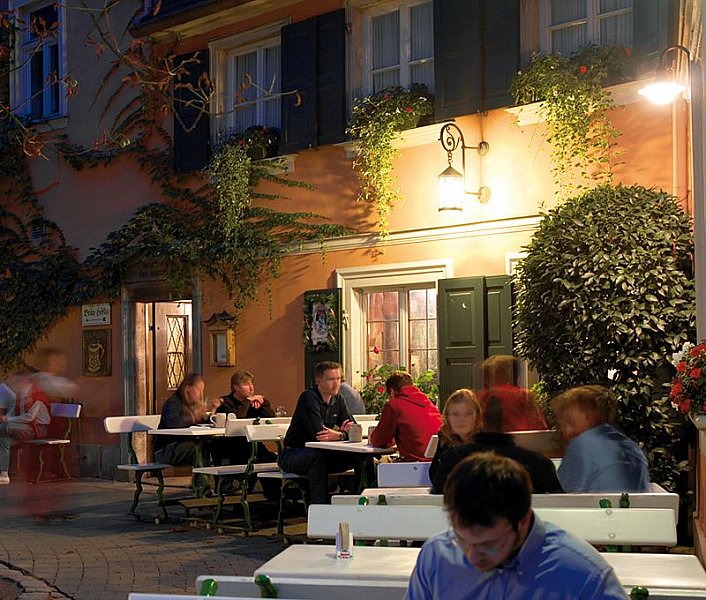 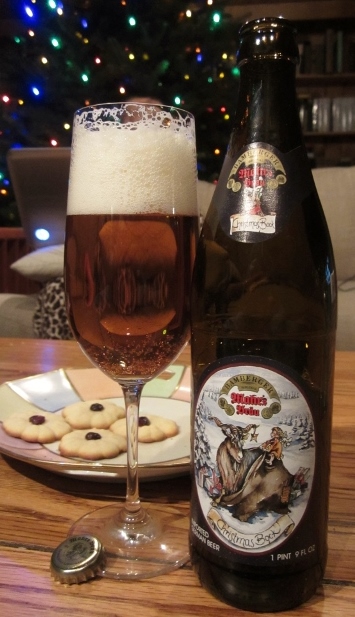 I’m not sure what gave me the idea to even try this one, other than that I saw it on the extensive beer list of Meuleman’s Craft Drafts in Rawsonville, Vermont, where I did some Christmas beer shopping a few days ago and had to restrain myself from just saying, “Give me one of everything.” I was thinking of putting it up next to the Rock Art Mountain Holidays beer from Vermont, another dark bock, until I decided I’d already run up the score for east coast brews with a couple more in the dugout.

Hence our sole lager on the list, but a worthy one, one you could eagerly drink all evening as opposed to repeats of highly spiced ales. This according to my co-conspirator for the evening, nephew Chris Allen, here with his clan and my sister-in-law (his mother-in-law for those keeping score). Chris, Pam, William and Matthew are here from England, so I was considering offering up their home country Ridgeway Bad Elf beers. But thought I might save those for Boxing Day.

At any rate, Lynn cooked up a hell of a meal featuring some tasty chicken morsels wrapped around parmigiano cheese, and the Mahr’s went with it splendidly.

We wrapped up the evening playing Christmas Charades—cha-raids or cha-rods depending upon one’s accent—and we’re still trying to figure out how young William guessed the movie “Elf” without a single clue from his brother. And modesty forbids my revealing how I enacted “Jingle Bells.”