“Golf is an awkward set of bodily contortions designed to produce a graceful result.”
–Tommy Armour 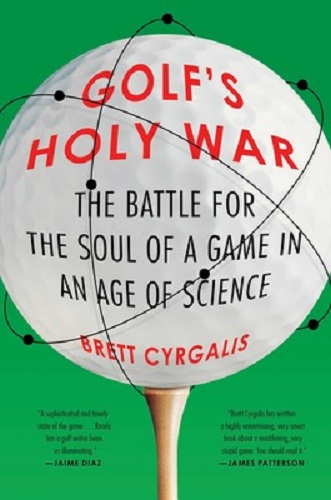 The title may be a bit dramatic, “Golf’s Holy War: The Battle for the Soul of a Game in an Age of Science” (Avid Reader Press, $28), and there’s no clear victor by the time you turn the last page. But Brett Cyrgalis does entertainingly lead readers through the two camps of an endless skirmish, how best to learn a useful golf swing, through art or technology. Or call it feel versus science.

Cyrgalis normally holds down his fort as a New York Post sportswriter, concentrating on golf and hockey. Thanks to COVID-19, he won’t be doing any book tours in the near future, but thanks to Brandel Chamblee the whole notion of golf teaching’s efficacy has been playing out hotly on social media cyberpages for months.

And Chamblee contributed a blurb for the book that manages to throw fuel on the fire: “There is intellectual power in solitude, and yet PGA Tour practice facilities are crowded with theorists, pseudo-scientists and teachers, making [them] not a place of discovery, but of danger. It’s there that athletes are trading their genius for the ideas of others and losing the intuition that made them great….”

The Intuition banner in the book is initially carried by Michael Murphy, he of Shivas Irons fame as embodied his semi-mystical novels “Golf in the Kingdom” and “The Kingdom of Shivas Irons.” The genesis of the Scientific bloc is the dense writ “The Golfing Machine,” which an electrical engineer named Homer Kelley self-published in 1969. Kelley was, to put it mildly, obsessed with the golf swing, and his book analyzed it in such microscopic, penetrating detail that it was nearly impenetrable, except to disciples. And there were many.

From what Cyrgalis calls these basic texts the streams flow forth. He tells Murphy’s and Kelley’s stories in compelling anecdotal narratives that bespeak a lot of shoe leather research, while a bountiful bibliography suggests plenty of secondary sources.

An index might have helped, since a lot of names pop up along the way, from any number of golfers and golf instructors to William James, Freud, Babe Ruth—and more importantly, his teammate Sam Byrd, who after his baseball career went on to win six PGA Tour events and claimed to model his golf swing mechanics after Ruth’s baseball swing.

One of the more intriguing episodes of the book is how Mike Hebron, the 1991 PGA National Teacher of the Year and a Golfing Machine advocate, transformed into more esoteric waters once he questioned the very nature of how humans learn.

But then there are any number of intriguing episodes in the book, bound to engage anyone who has even taken a golf lesson, is pondering golf lessons or is fearful of golf lessons. Which takes in pretty much the whole of the golfing population.

“Golf is the most fun you can have without taking your clothes off.”
–Chi Chi Rodriguez 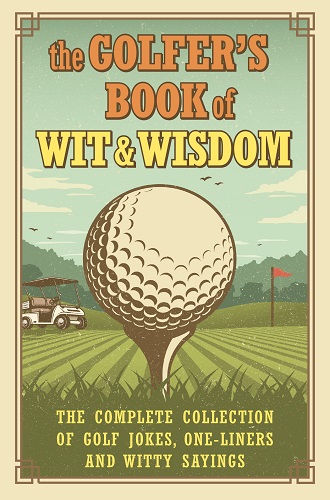 Whatever approach one takes to golf, there always seems to be something eminently quotable about the game, if most often of a joking nature. Some 350 such one-liners and aphorisms are collected in “The Golfer’s Book of Wit & Wisdom” (Hatherleigh Press, $12.50). I’ve sprinkled a few of them in this post.

The quotes were collected by Gerd de Ley, a Belgian writer who has compiled similar books on non-golf subjects. I learned this from the publisher, since de Ley’s name appears nowhere on or in the book. There’s no real editing hand at work, either, to explain any time frame or furnish any context for the quotes, or to certify if there really is such a person as the much-quoted Sandy Parr. Beryl Deranged seems like another suspicious contributor.

Okay, scholarship is not the idea here. A Father’s Day stocking stuffer, so to speak, comes closer to the point, and as such it will do. At 137 pages, that might be as much gentle rib-tickling as one cares for.

But I do note that I have the perfectly named “The Gigantic Book of Golf Quotations” on my shelf, edited by Jim Apfelbaum and put out by Skyhorse Publishing back in 2007. At 788 pages (including index!) it would seem to be the definitive work in the genre, and at last glance still available via the wonderful world of online commerce.

“In golf, and in life, it’s the follow through that makes the difference.”
–Peter Darbo 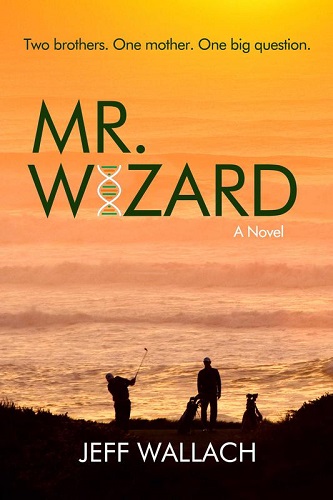 I’ve played golf on three continents with Jeff Wallach and consider him a good friend. So I’m relived he has spared me the embarrassment of not reviewing his first novel out of a sense of decency. I vaguely recall hearing years ago—back in his active golf writing days—that he was working on a novel, and I’m happy to report he has indeed followed through splendidly.

To be honest, “Mr. Wizard” (Open Books, $17.95) is not strictly speaking a golf novel. The first range ball isn’t struck until page 116 of a 200-page book, when Spencer Elliot begins spraying them like a garden hose. But at least he’s spraying them in Ireland, and ample golf and Guinness proceed from there.

But what brings Spencer and Phillip Elliot, two middle-aged Jewish brothers from New York City, to Ireland? Thereby hangs the tale, which launches with the death of their mother, Jenny. Up to that point the brothers believed that the father they never knew, Jack Elliot, had died in combat in Vietnam.

Jenny had been sliding into dementia, and right before her death she floats a few cryptic remarks that suggest Phillip is half Irish, and there’s something to do with a golf pro from Ballydraiocht, Ireland (which, unlike the other locales in the book, doesn’t actually exist).

That propels him into taking a DNA test, which tells him he is, indeed, about half Ashkenazi Jew and half Irish. Spencer winds up taking the test as well, which tells him that while the boys had the same mother, he had a different father. His is of Spanish descent.

Mr. Wizard refers to a card trick Jenny played on the boys when young, one of many instances of misdirection she foists upon them to teach them critical thinking. And their critical thinking is put to its greatest test once the genealogical search is on. If the journeys never make it to Spain, there’s always Ireland.

The real pleasure in the book comes from the distinct characters Wallach has fashioned for each brother—Phillip the more rigid critical thinker, Spencer the wise-cracking rebel who supplies most of the book’s good humor—who despite their differences and the sudden realization of less consanguinity then they’d previously imagined, are nonetheless devoted to each other. 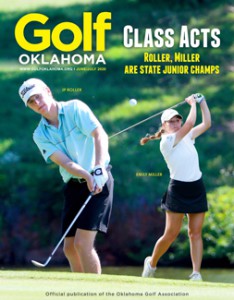 The quest for their real fathers’ identities becomes the driver of the plot, but the heart of the book is discovering what their mother was attempting to do for them. There are twists aplenty, a little romance, a few rounds of golf and a poignant epilogue. All in all, well played.

This piece originally appeared in the 2020 June-July issue of Golf Oklahoma magazine, in slightly different form.