After my pleasing reacquaintance with Pinkus-Müller in February I was happy to recently find what appeared to be a new beer from the brewery, and thought it might be a holiday seasonal. I also thought maybe it had something to do with Mozart’s Exsultate, Jubilate (K. 165), a 15-minute motet for soprano that pops up fairly frequently at Christmas time.

But at least the beer was a good choice. It is considered a celebratory beer (and hence makes the cut for this month), albeit one that’s been around since 1966, when the brewery proudly took note of its 150th anniversary by harkening back to darker German lagers of the early 19th century. It has been available in the U.S. since 2008. 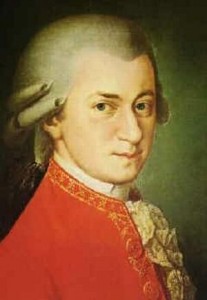 Mozart never entered the picture. Nor is Exsultate, Jubilate a Christmas motet, per se. It’s simply celebratory, too, and is loaded with alleluias, and hence seems appropriate to the season. 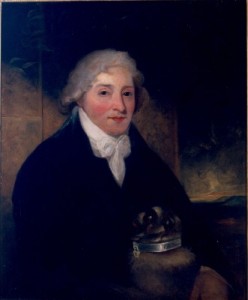 Nor was Mozart’s work, written when he was not quite 17, intended for a soprano. It was written for the Italian castratro Venanzio Rauzzini, who had performed in Mozart’s early two Italian operas. Given the contemporary paucity of applicants for the position of castrati, the part is a staple in soprano portfolios, thanks in part to a wow finish.

Might as well include a sample here. I don’t think there are too many beer reviews with Mozart arias included in them, but we try to appeal to all the fine tastes of our readers here. Beethoven’s 240th birthday is Thursday, but I don’t think he’ll take offence. (Mozart’s birthday is January 27.)

This is only the concluding Alleluia section here, and the sound and image are a little out of sync, but the lovely Cecilia Bartoli overcomes all.

Speaking of synchronicity, it might be timely to crack open a bottle of Jubilate while listening. Imported by Merchant du Vin, the beer comes in a hearty 16.9-ounce bottle.

Pinkus Jubilate is called a dark lager, but it’s more of a chestnut hue. The beer has a beguiling nose, a grassy, herbal, yeasty swirl with light notes of toffee and chocolate. I realized, taking a whiff of this one, that it had been a while since I’d had a good malty lager. I was seduced pretty easily just by sticking my nose in the glass.

The palate is predominately a kiss of caramel malt, more friendly than amorous, as the Hallertau and Tettnang hops kick in brightly for a crisp, clean and lightly spicy finish. It’s not a beer that will knock you off your feet, but it should leave you smiling contentedly. 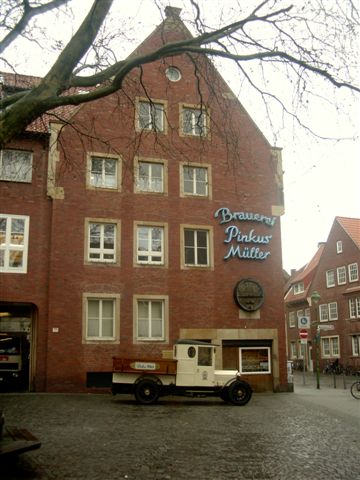 The Munster brewery was founded in 1816 by Johannes Müller and his wife Frederika Cramer. Barbara Müller is the current brewmaster, and with her husband, Friedhelm Langfeld, represents the seventh generation to run the brewery and its brewpub restaurant. Barbara’s father, Hans, made the decision to go organic in 1980, and the brewery believes it was the first to do so.

The great grandson of Johannes and Frederika, Carl Pinkus Müller, ran the brewery in the 1930’s and 1940’s and it still bears his name. He was known as the “Singing Brewer,” though no word on whether he ever tackled Exsultate, Jubilate.

2 Responses to “TAP Beer of the Week: Jubilate”