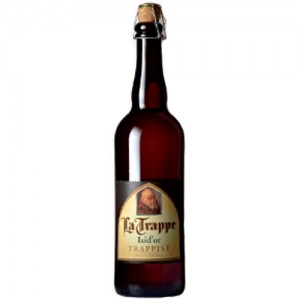 Continuing in the celebratory-if-not-exactly-a-holiday-beer vein, what could be more apt for Christmas week than a beer made in a monastery, specifically the Cistercian Abbey of Onze Lieve Vrouw van Koningshoeven? One of seven Trappist breweries in the world, La Trappe (as the brewery is called) at Koningshoeven is the only one in The Netherlands; the remaining six are in Belgium.

However, in news I first read in Stephen Beaumont’s essential Blogging at World of Beer site back in late October, an Austrian Trappist abbey is attempting to join the fold. The Stift Engelszell abbey hopes a brewery will help raise money for some capital improvements and that would make eight, if Stift Engelszell brews according to the criteria for an “Authentic Trappist Product.” The rules are laid out by the International Trappist Association, which understandably protects the appellation religiously:

2. The monastic community determines the policies and provides the means of production. The whole process of production must clearly evidence the indisputable bond of subsidiarity, with the monastery benefiting from the production, and must be in accordance with the business practices proper to a monastic way of life.

3. The profits are primarily intended to provide for the needs of the community or for social services.

In other words, Trappist beers are pretty much a nonprofit product, with all earnings beyond production costs going to the monastery or its missions.

Will there be nine, come March, when the Sierra Nevada Brewing Company releases Ovila, a beer made in partnership with the Trappist-Cistercian Abbey of New Clairvaux in Vina, California?

Manley used the plural because Sierra Nevada will release three of these Abbey beers next year, a Dubbel in March, a Saison in July, and a Quadrupel in time for next year’s holidays, suggesting that the brewery’s encore to its spectacular 30th Anniversary releases is very promising. But more of all this next year.

I visited all seven of the brewing Trappist monasteries a number of years ago, perhaps the best journey I’ve ever been on in my life, and will resurrect the piece I did about it before too long (I hope). At 130 years old next year, the Koningshoeven abbey is one of the younger communities among the flock. 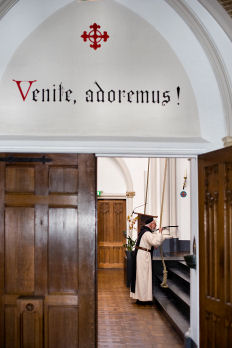 But then as now, it seemed to be one of the most open to visitors and tastings. I well recall Brother Samuel, who was fond of donning a helmet and riding around in the abbey’s fire truck. Then about 84, Brother Samuel gave my wife and me and a few other visitors a tour, and I was intrigued to find that the monks had access to a television. It seemed a bit incongruous with their life of study, prayer and near silence. “It’s there so that we can keep up on the news,” said Brother Samuel. “But we do sneak a few peeks at the Tour de France when it’s running.”

Not long after our visit La Trappe lost its “Authentic Trappist Product” status for awhile when the commercial Bavaria group became involved with the brewery. But some kind of agreement was reached about five years ago, the label is back on the La Trappe bottles, and some interesting new products have hit the market, including a Trappist Witte, a Bockbier, and some oak-aged Quadrupel. These days a part of the profits of La Trappe go to monasteries Koningshoeven set up in Indonesia and Uganda.

Three years after the abbey was established in the Netherlands, the head abbot, Nivardus Schweykart, thought a brewery might support the monastery better than farming–perhaps because his father was a brewer. So he dispatched Brother Isidorus Laaber off to Munich, there to learn the brewing process.

Last year marked the 125th anniversary of the friar’s initial efforts. When a commemorative beer was created to recognize the milestone, it seemed clear that it should be named for the first brewmaster. Hence, Isid’or.

At 7.5% ABV it’s a heady tribute, but then most Trappist ales pack a punch. Less potent versions are often brewed for the monks themselves, although Brother Samuel admitted that some nights (during heated Tour de France moments?) the younger monks were sent over to the brewery to pick up some stronger bottles. Trappist beer run!

If a Trappist beer can be called typical, Isid’or has the heady, fruity, yeasty aromas associated with strong Belgian ales, and there’s nothing wrong with that. It pours out a hazy orange. The flavor is a bit cidery, with a medium malt body, some spicy fruitiness, with a gradually puckering finish. It didn’t blow me away as many Trappist beers do. But then I’m not sure one bottle is going to suffice to fully assess this one. An additional donation to the Ugandan monastery may well be in order. 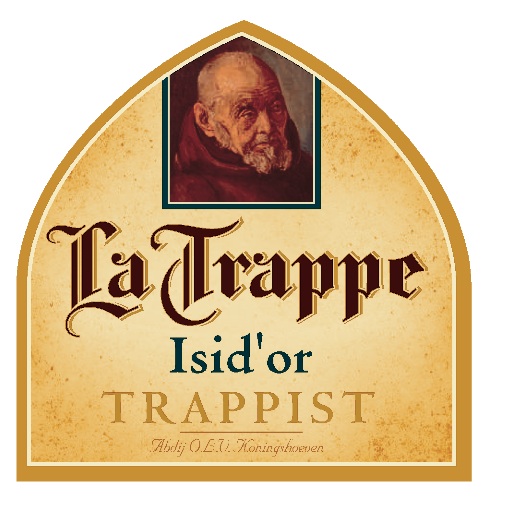 One Response to “TAP Beer of the Week 51: La Trappe Isid’or”