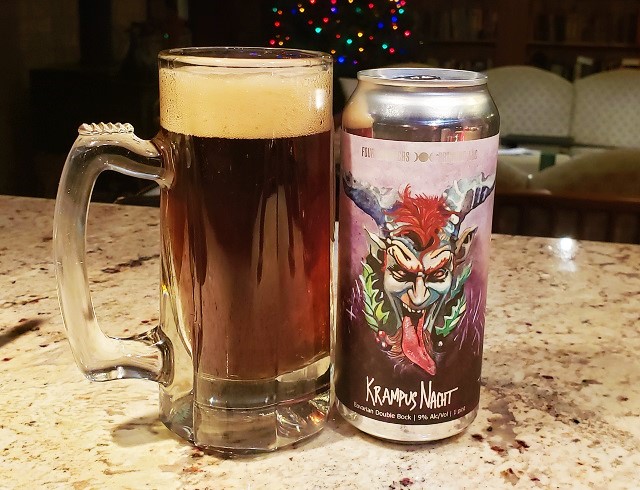 “The alligators are circling,” one of my friends wrote me recently, which I took to mean that the chickens were coming home to roost for Christmas (which the alligators should appreciate). Same here: our daughter arrived today (her husband still manning the shop at Wildwood Barbeque), and our son’s clan arriving later tonight.

That leaves me no cause for the Airing of Grievances, even though it’s Festivus for the rest of us day. Made famous by “Seinfeld,” Festivus was actually created in 1966 by Daniel O’Keefe, father of Dan O’Keefe who wrote the Festivus episode for “Seinfeld.” Jennifer was born in 1966, so I guess she’s a Festivus baby.

I did lift a few heavy buckets of gravel to spread around our iced up driveway, so that may qualify as a Festivus Feat of Strength. 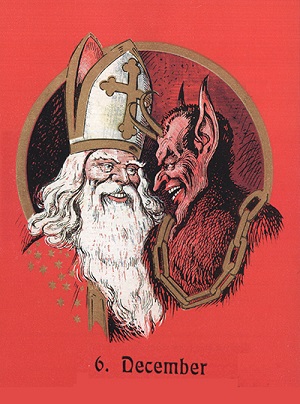 An Austrian depiction of St. Nick and Krampus. St. Nick looks a little fiendish himself.

But back to grievances. December 5 was apparently Krampus Nacht, the night the Christmas Devil teams up with St. Nick to terrorize small children who wound up on the naughty list. An antique observation, there are apparently still festivals celebrating the day, if that’s the word, particularly in Europe. The Krampus character, suitably demon-like, is captured in the Four Quarters label by artist Samuel Balling, with a bit of a Gene Simmons look. 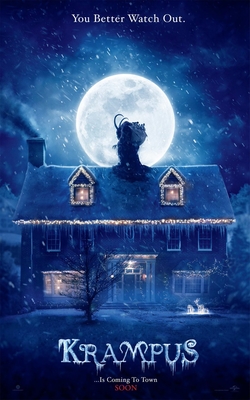 There was also the 2015 horror comedy movie “Krampus” with the tag line, “You’d Better Watch Out.” That’s the second movie I’ve mentioned in this year’s 12 Beers series, and the second I haven’t seen.

Well, the good news is that Four Quarters Brewing of Winooski, Vermont, has brewed a beer for the, well, holiday, and it’s a good one. The bad news is that it’s distributed only in a rather tight New England region.

Aptly, it’s a Bavarian double bock, and both Jennifer and my wife, Lynn, had a go, both remarking on the richly malt nose of the beer, and its molasses-like palate. They both liked it.

I did, too. Actually, I liked this beer the more I drank it, but then the more I drank it the more I came under the sway of its 9% ABV. Its strength is well-camouflaged amidst the prevailing malt character of the beer. But that’s pretty potent for a double bock, surpassing such German classics as Ayinger Celebrator (6.7), Spaten Optimator (7.6) or Paulaner Salvator (7.9). Rich company, and while I don’t think the Krampus Nacht reaches the quality of these Bavarian beauties, it’s certainly a worthy alternative. 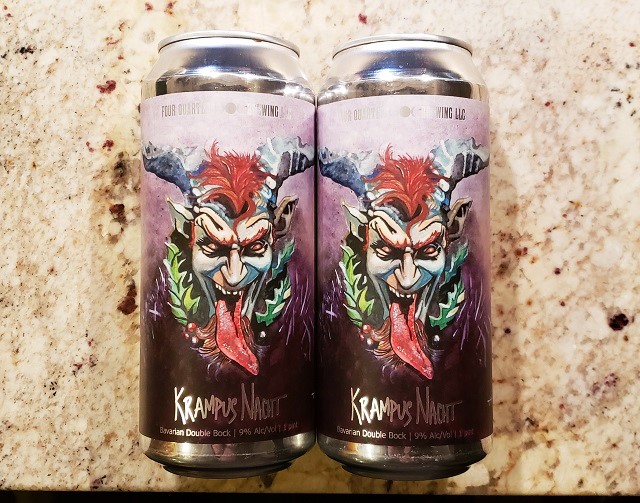 It’s also the third straight year I’ve touted Four Quarters here, following 2019’s Gifts of the Magi, and 2020’s Buffalo Plaid. Hats off to Four Quarters Brian Eckert for trying some different things for holiday beers, one of the few Vermont brewers who has risen to the challenge.

Truth be told he’s usually trying different things all the time at his brewery. Whether this puts him on the naughty or nice list we’ll leave to St. Nick and Krampus. 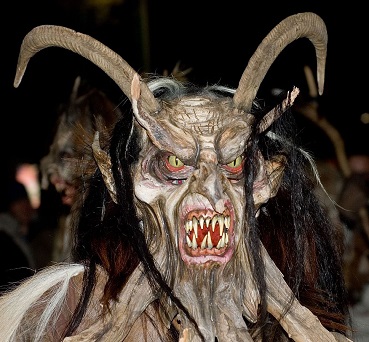