There are just no excuses anymore. The news came in February that the 100th American craft brewer had put its beer in cans, and a month later we learned that Sierra Nevada Brewing is going to begin canning its iconic Pale Ale later in the year. 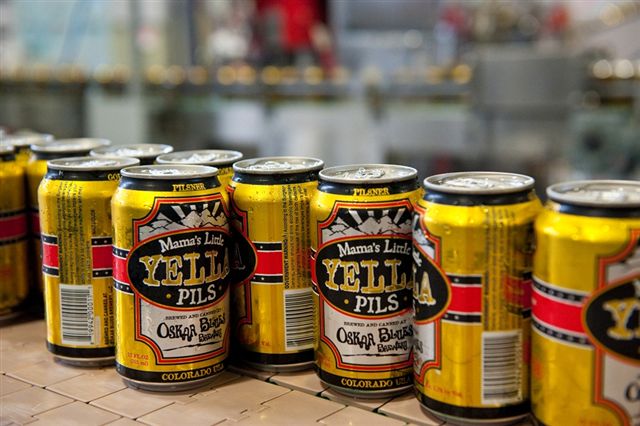 This, I thought, is the death knell of Megasuds Bellywash. With superior choices now available in non-breakable cans, golfers need to assert themselves and demand that the cart girl pack in better brews! Slake a thirst and strike a blow for quality!

So we’ve gone all cool aluminum with these suggestions for the warmer months–and mostly wheat beers at that, just because they’re so darn refreshing. [More suggestions at Nice Cans! Part II] 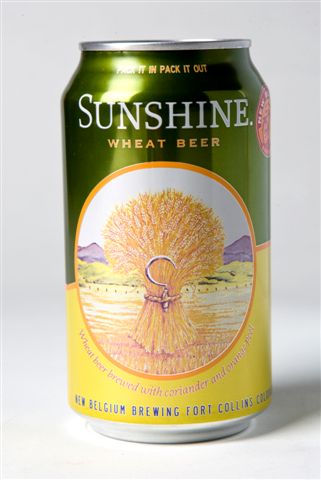 Mama’s Little Yellow Pils (Oskar Blues Brewery, Longmont, Colorado, 5.3% ABV; www.oskarblues.com): But let’s first give a nod to Oskar Blues, the brewery that put its Dale’s Pale Ale in a can in 2002, revving up the craft brew in a can movement. This one is an all-malt Czech-style pilsner, mildly hopped, and if it works for Mama it sure works for us.  (Click here for an entry on Gubna from Oskar Blues.) 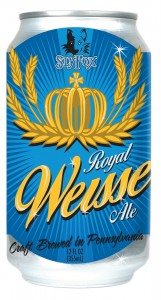 Sunshine Wheat (New Belgium Brewing, Fort Collins, Colorado, 4.8% ABV; www.newbelgium.com): Another Colorado offering by way of a Belgium wit beer style–malty, spicy and fruity, with orange peel and coriander leading to a citric tartness that will scour away any thirst.

Hell or High Watermelon Wheat (21st Amendment Brewery, San Francisco, California, 4.9% ABV; www.21st-amendment.com): I would have picked this just for the name, but make no mistake, it tastes like watermelon. Melonheads will want to try it at least once, or have some on hand to whip out at a barbecue for the novelty value, which includes the instructions on the can to agitate before opening. Another plus–it’s seedless. (Click here for more on the 21st Amendment Brewery.) 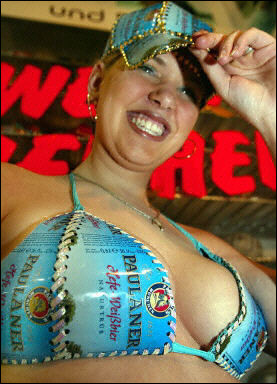 Paulaner Hefe-Weizen (Paulaner Brauerei, Germany, 5.5% ABV; www.paulaner.de): A classic Bavarian style unfiltered wheat beer (“hefe” means yeast) with banana esters and a strong clove character. The canned version of the Munich brewery’s best-selling beer will debut in the U.S. at the end of May. Prosit!