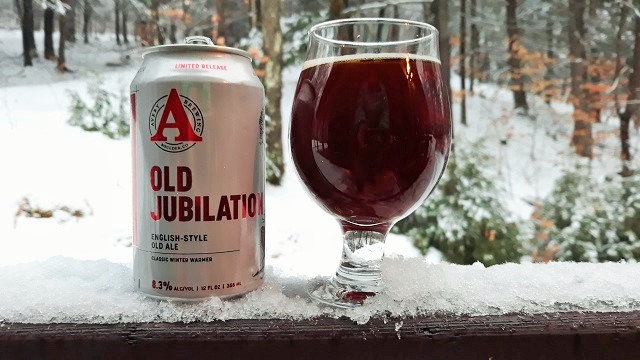 Here’s to jubilation, old or new, as we head into a new decade and, we can hope, better times ahead. We know 2020 is going to be a momentous year politically, but how much jubilation will accompany all that is anyone’s guess. My hopes are high. But then so are my fears. 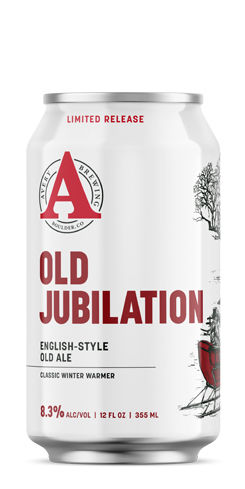 Beer will surely help. And as a way to bid 2019 hail and farewell and howdy to 2020, Avery Brewing’s Old Jubilation fits like a glove. In its own way it seems like a throwback to older Christmas seasonal beers, relying on some extra strength and an intriguing mix of malts rather than spices to make its warming statement. The brewery was founded in Boulder, Colorado in 1993; Old Jubilation debuted in 1997 as an English-style Old Ale. Indeed, brewery founder Adam Avery said he was inspired by the English classic Old Peculier.

The brewery is sort of a Boulder institution, but like many older mid-size craft breweries found the financial going a little dicey after a major expansion to a new brewery in 2015. In 2017 it sold a 30% share to the Spanish beer concern Mahou San Miguel, thereby booting itself out of the craft beer category as designated by the Brewers Association, similar to the Founders Brewing Company of Grand Rapids, Michigan. And this year that share was upped to 70%, and Founders planned to start brewing some of their insanely popular All Day IPA at the Avery plant in Boulder.

As for the beer in hand, it looks like many of those we’ve had this season, a deep clear brown with lovely garnet highlights and a lively tan head. Esters from the house London ale yeast swirl in suggestions of spicing, but it’s mainly a malt-accented toffee nose, from five malts in the mix: 2-row, Black, Chocolate, Bonlander Munich and Gambrinus Honey. There’s no dry-hopping, and a bare trace in the nose of the sole hop used, Bullion. 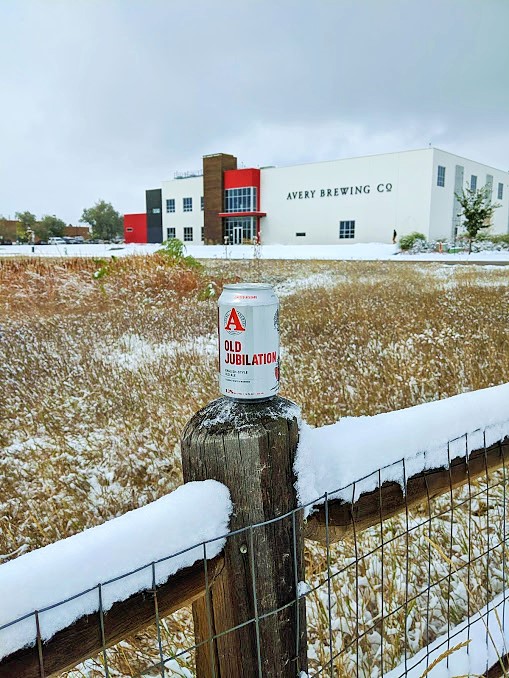 A beer outstanding in its field, showing the Avery brewery in the background.

The palate continues the theme, a smooth, slightly nutty flavor in a rich but not overly sweet brew with a brown sugar fillip, a full and almost creamy mouthfeel and but a slight bite in the finish. I reemphasize the smooth character. The beer goes down perhaps too easily for an 8.3% brew, so some caution might be in order to maintain jubilation over inebriation.

As I’ve already had one and plan on taking another to the neighborhood New Year’s Eve gathering tonight, I’ll see how I do. Here’s hoping you all do well, and have a glorious New Year.