We’ve been pleasantly imbibing our way through a series of dark beers as 2019 barreled to a close. But it seems apt to start off the year with a clear and bright outlook, and the Trois Dames Winter Sour Ale provides just that. 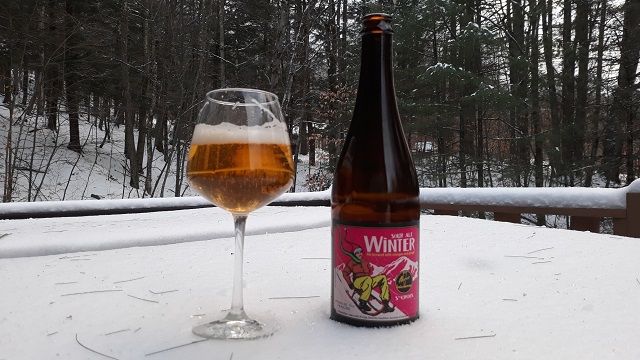 I’d never heard of the brewery, started in 2003 in Sainte-Croix, a small town in Switzerland between Geneva and Basel by Raphaël Mettler, whose previous life was selling sporting equipment. But then I wasn’t aware of any Swiss breweries other than Hürlimann, which used to brew Samichlaus.

Back in 2000 there were 81 registered breweries in the country. Now there are over 1,000, giving Switzerland the world title of most breweries per capita, even if the figures have to be taken with a few grains of barley. Homebrewers who produce more than 400 liters a year are levied a beer tax and considered breweries.

Still, it’s clear that the craft movement is moving pretty fast in the country and brewers like Mettler led the way. In a country where the major breweries are largely owned by Carlsberg or Heineken, covering about 70% of a largely lager market, Mettler’s initial British-style ales were little short of revolutionary.

He’s still producing under 2,000 barrels of beer a year, but then the Swiss are not setting any beer-drinking records. With about 14.5 gallons of annual consumption per capita they’re pikers compared to the Germans (28 gallons) or Czechs (37). (The U.S. clocked in at 20.44 gallons in 2018, so I’m sure I’m still doing more than my part.) (For those wondering, 20.44 gallons works out to just about 164 pints.) 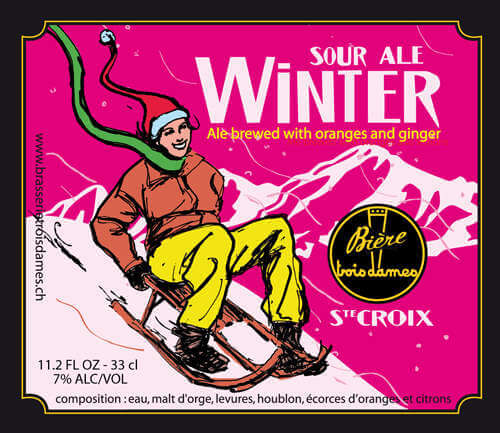 By 2008 Mettler had begun barrel-aging, blending beers and experimenting with wild yeasts at Trois Dames (named after the three women in his life, his wife and two daughters). All that comes to fruition in the Winter Sour Ale, which Mettler called a “blend of a strong double wit aged in wood for six months and a freshly brewed saison-type ale.”

The beer is brewed with oranges and ginger, added to the boil and during conditioning. Consequently, there’s a lot going on in this beer, and I liked every bit of it. Those who don’t care for funky sour beers may want to steer clear, although both the funk and sour seem restrained enough to me. Indeed, I think it’s a semi-masterpiece of a beer in balance.

Pouring a clear, honey-yellow with a tight white head, the beer throws off spicy herbal aromas. I didn’t really catch the ginger at first—I was thinking eucalyptus!—until the beer warmed up a little. Then the ginger was unmistakable, blending in a heady way with the orange fragrance.

Same with the flavor, which is sharp, pungent, with that slight funky twang, the edge of the ginger and orange, and an extremely dry, downright puckering finish that momentarily removes sensation from your lips. Sort of a like a wild New Year’s Eve midnight kiss.