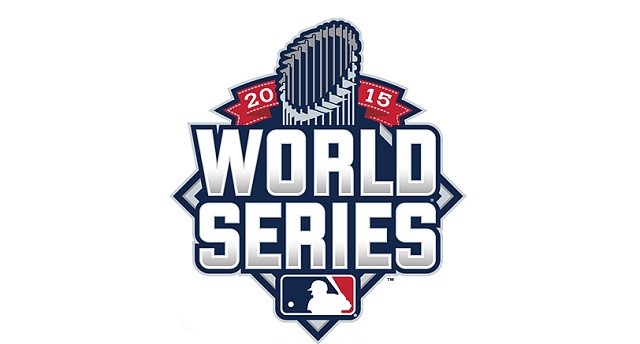 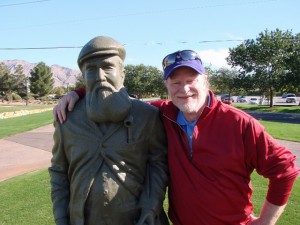 And I ran into just such a beer a couple of weeks back. I had three days of golf in Branson, Missouri then ahead of me, so finding an almost-local beer called Old Tom seemed nothing short of providential. Old Tom as in Old Tom Morris, near-patron saint of golf from the home of golf, St. Andrews? Or Old Tom as in me, not getting any younger?

Turned out to be be merely lucky, rather than heaven-sent. I was in Ozark territory, after all, about 50 miles south of Springfield, Missouri. The beer was from the Piney River Brewing Company in Bucyrus, about 90 miles east of Springfield and, I gather, even more Ozarkian than Branson.

“We are literally in the middle of nowhere,” said Joslyn Vasquez, who was tending the tasting room taps the first day I called, and who grew up in the area. She confirmed that the beer is not named after Old Tom Morris, but after the creature Benjamin Franklin wanted to be our national bird instead of the eagle—the turkey.

Franklin thought the eagle was of low moral character. Yet if he’d had his way I wonder how we would have felt every day after Thanksgiving, tucking into a national symbol on rye with lettuce, tomato, mayo and pepper?

I stole that line, but from my own writing of about 35 years ago, a story I wrote about turkeys for the inflight magazine of the now-defunct Ozark Airlines. It was kind of a everything-you-want-to-know-about-turkeys-and-maybe-a-few-things-you-wish-you-didn’t sort of piece.

It turned out well enough that I managed to sell variations a dozen times or more to a variety of regional magazines and newspapers, usually around Thanksgiving. You could do that back then. But for some reason, none of the outlets would use this section completely:

Turkey hunters have to rise awfully early to try to bag a gobbler. Legend has it you can gauge a turkey hunter’s dedication by how bloodshot his eyes are. But the key to success is the call… though some turkey callers do use their natural voices, most calls are made with the aid of a device. A flourishing sub-industry offers hunters a bewildering array of artificial calls. There are soundboxes, slate and peg calls, tube calls, diaphragms, suction yelpers and wingbone calls, not to mention instructional records and cassettes. Most unique call? It has to be the snuffbox, so named because it is often made from an empty snuff tin with a piece of rubber stretched across one end, making it work like the reed of a musical instrument. A piece of surgical glove or a child’s balloon might be used, but most hunters prefer a condom. And, as the old joke goes, the used ones work best.

Never could figure it out. Anyway, the wild turkey hunting theme fits right in with the Piney River Brewing Company ethos—celebrating the great outdoors in the Ozarks with beers like Float Trip Ale, Missouri Mule IPA, McKinney Eddy Amber Ale or the best-selling Black Walnut Wheat. 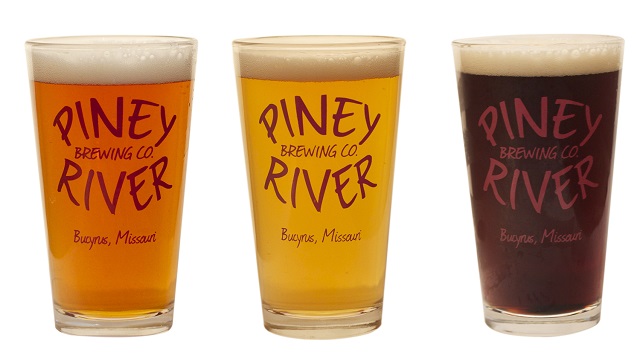 There are a few days left in National Black Walnut Month, which as far as I know has not been widely or wildly celebrated elsewhere. It’s not inconsequential in Missouri, the largest black walnut producer in the nation, with the largest production facility in the world in the Ozarks, the Hammons Products Co. of Stockton.

“We use Ozark spring water in our beer, and black walnuts are part of the local terroir, so we figured we’d make a beer with them,” said Joleen Durham, who with her husband, Brian, completely renovated a barn on their Bucyrus farm and opened the Piney River Brewing Co. in 2010.

“We have a bit of an entrepreneurial bent, and wanted to do something that might give some value back to the community.” They went through some familiar steps–homebrewing on the kitchen stove, starting off the brewery with a ten-gallon system, quickly graduating to a seven-barrel brewhouse. 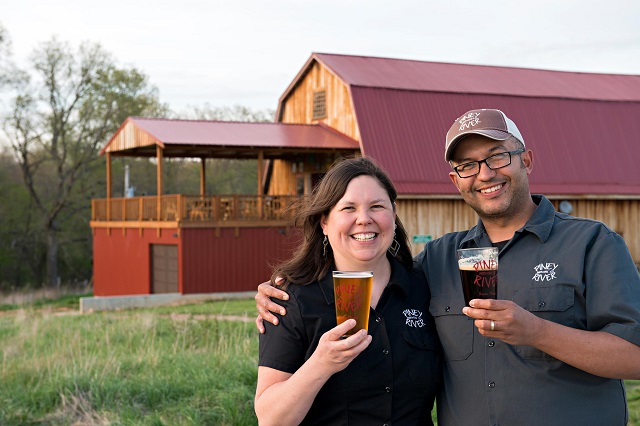 They both kept their day jobs. They weren’t too sure who was going to buy their beer or travel two miles down a gravel road in the middle of nowhere to visit the tasting room. Though they had an inkling even before opening. Joleen said, “Word was getting out. We’d come home from work and there would be messages from people we didn’t know saying, ‘I hear you’re starting a brewery?’ And the interest in craft beer and love for local products have grown. Turns out the idea of traveling down a two-mile gravel road isn’t so crazy.”

The locals have embraced Piney River Brewing, and indeed it has brought something to the community, which pretty much consists of farms, a post office, and the brewery. But visitors have come from all over, the beer has been traveling throughout southern Missouri (and will break into the St. Louis market within weeks), and in parts of Arkansas. “The wet parts,” Joleen said.

The brewery will expand to a larger production facility and canning line (all the beers are in cans) next year. From 2,000 barrels in 2015, the capacity will grow to 10,000 barrels in 2016. “We’ll keep the smaller brewery space to do sours and experimental stuff,” said Joleen, but there are no grand plans for growth. “All of Missouri by the end of 2016 is our goal.” 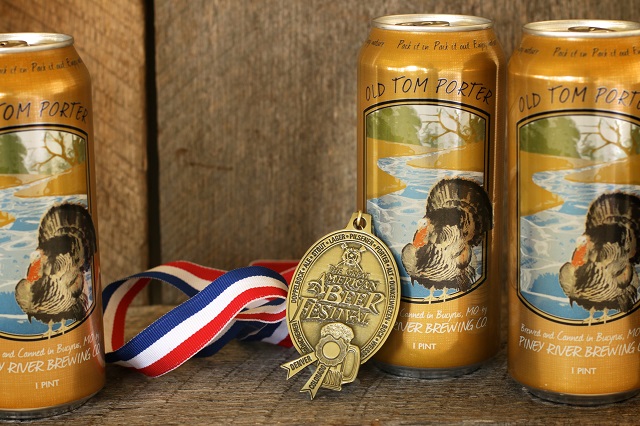 Gauging by the porter, all should go well. It’s an English-style brown porter, deep mahogany in color, with a smooth, rich profile, mildly roasted, lightly bittered with English Fuggles hops, feeling a bit creamy in the mouth. (It’s on nitro in the tasting room.) A solidly enjoyable porter, appealing enough to judges at the 2013 Great American Beer Festival that they awarded the beer a gold medal. It’s been a part of the portfolio from the start. “It’s not a huge-selling beer, but it has its followers,” said Joleen.

Given the distribution, it might be as tough to bag an Old Tom as it is a wild turkey, but it’s worth tracking down some cans. And the unused ones work best.